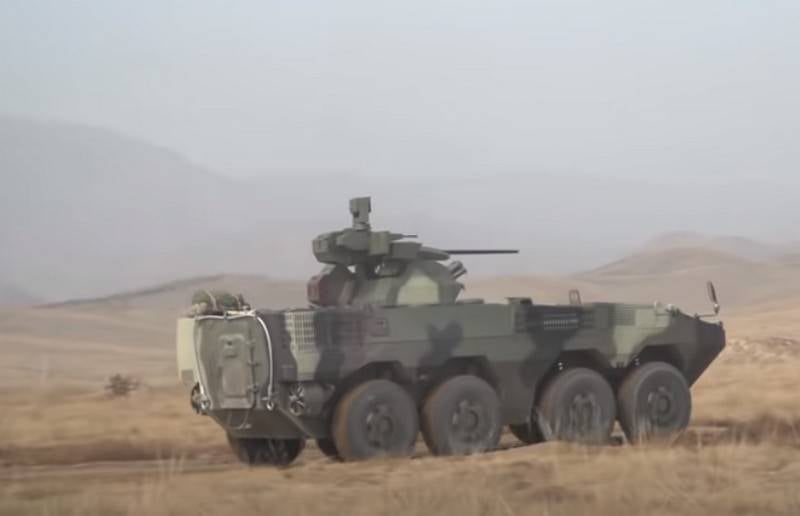 The UN peacekeeping mission, carrying out tasks in the Central African Republic (CAR), complained about the low technical reliability of the VN-1 armored personnel carriers manufactured in China.


Last year, Gabon purchased from China a batch of VN-1 armored personnel carriers in the amount of five units, which were subsequently transferred to the UN peacekeeping mission in the CAR. However, as it turned out, Chinese armored personnel carriers are experiencing constant engine problems. Now, in order to restore their combat effectiveness, an expensive and time-consuming process of replacing the power plants, which must be supplied from China, lies ahead.

Combat weight - 21 tons, crew - 3 people (driver, commander, gunner) + 7 troops. The body of the vehicle has bulletproof protection, the frontal armor protects against armor-piercing bullets of 12,7 mm caliber. There is a possibility of installing additional weapons. On the highway, VN1 develops a speed of up to 100 km / h (the cruising range is 800 km) and is able to force water obstacles afloat at a speed of up to 8 km / h.
Ctrl Enter
Noticed oshЫbku Highlight text and press. Ctrl + Enter
We are
Thailand buys Chinese VN1 BTRChina will supply Argentina with a consignment of VN1 armored personnel carriers
Military Reviewin Yandex News
Military Reviewin Google News
42 comments
Information
Dear reader, to leave comments on the publication, you must sign in.