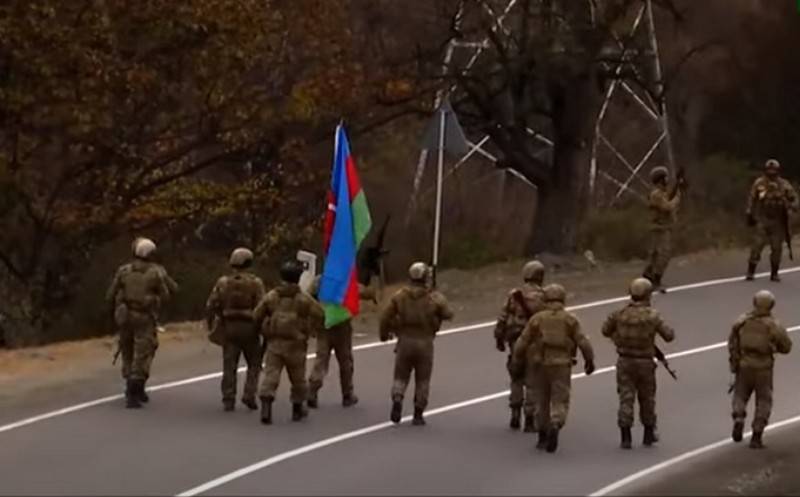 The Kelbajar region of Nagorno-Karabakh was transferred to the Azerbaijani side, the transfer took place under the control of Russian peacekeepers. This is stated in the message of the Russian Ministry of Defense.


As noted, the process of transferring the area began at 00:00 on November 25, in accordance with a trilateral agreement, took place under the full control of the Russian peacekeepers and passed without incidents. The day before, the Armenian military left the territory of the region, blowing up barracks and other military facilities. Earlier, Baku met Yerevan half-way, asking for a delay for the withdrawal of Armenian army units and civilians from the territory of the region.

Today the Kelbajar region was officially transferred to the Azerbaijani side in accordance with the trilateral agreements of the heads of state. The servicemen of the Russian peacekeeping contingent, while fulfilling the conditions of the trilateral agreement during the transfer of the Kelbajar region, ensured the safety of the civilian population and the organized transfer of the region
- said the representative of the peacekeeping contingent of the RF Armed Forces, Colonel Semyon Degtyarev

It should be reminded that on November 20, Azerbaijan gained control over the Aghdam region of Nagorno-Karabakh. As previously reported, according to the agreements, the Aghdam region will be returned to Azerbaijan until November 20, 2020, the Kelbajar region - until November 25, 2020, and the next will be the Lachin region, which will be transferred under the control of Baku by December 1.

Ctrl Enter
Noticed oshЫbku Highlight text and press. Ctrl + Enter
We are
Armenia appealed to Baku with a request to postpone the withdrawal of troops from the Kalbajar region. Baku response receivedNew war in the Caucasus be?
Military Reviewin Yandex News
Military Reviewin Google News
23 comments
Information
Dear reader, to leave comments on the publication, you must sign in.