World sports under the American yoke. Consequences of the "Rodchenkov Act" 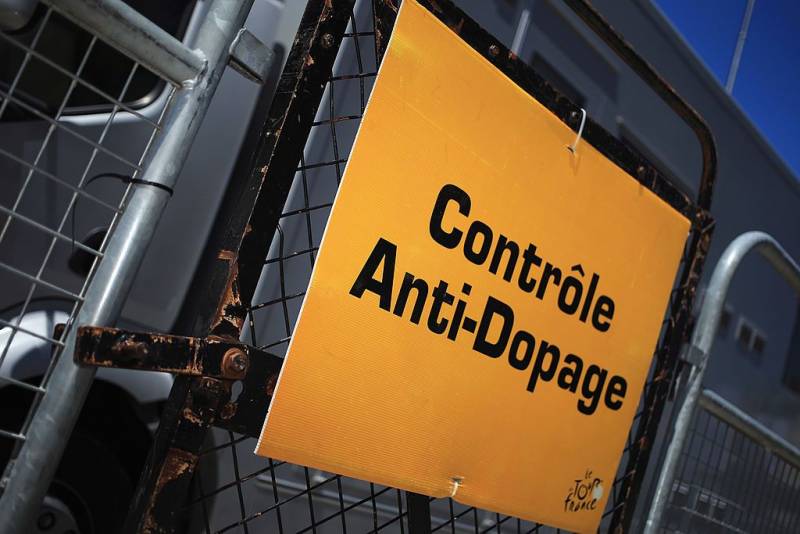 WADA is not RADA

The American side was initially very unhappy with the overly mild reaction of the World Anti-Doping Agency (WADA) to the scandalous testimony of the fugitive Rodchenkov. In addition to punishment, Russia required (as it seemed to Washington) even harsher measures. There were also disagreements with WADA over the division of spheres of influence. As a result, it seemed quite logical for the congressmen to extend their internal criminal law to the entire sports world.

The very appearance of the Rodchenkov Anti-Doping Act (or RADA) raises many questions. From the moment this act was approved by the President of the United States (no one doubts this anymore), the US intelligence services will be able to legally detain sports functionaries and managers, fine up to $ 1 million, and even imprison them for 10 years. Naturally, this will require proof of the use of doping. According to American methods and with the involvement of American specialists and laboratories.

The law mentions systemic “doping schemes” and “doping fraud”. It is designed to bring the heads of sports departments to justice. The Senate argues that athletes will not be punished for doping. Since, first of all, those who forced the athletes to use prohibited drugs will go under the press.

However, it will be quite possible to bring a doping athlete to criminal responsibility.

In addition to imprisonment and a huge fine, those convicted under the "Rodchenkov Act" may also face confiscation of property in favor of the United States. 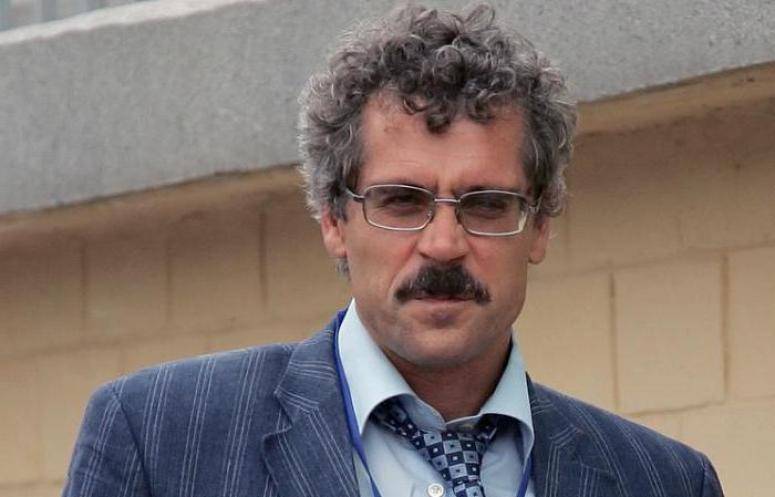 The second important aspect of the punitive initiative of the legislators from Washington was the actual removal of the notorious WADA from the case. The Rodchenkov Act replaces the anti-doping agency, seriously increasing the punishment for abuse of prohibited chemicals.

Initially, WADA, like the International Olympic Committee, was strongly opposed to RADA. But then they unexpectedly accepted him, although not without reservations. In particular, the agency does not welcome this law, but will not hinder its implementation.

A very two-faced position of the main anti-doping organization in the world. Vitold Banka, head of the agency, said in this regard:

“WADA is ready to cooperate with the American authorities to minimize the negative consequences of the“ Rodchenkov Act ”.

Initially, the agency was not satisfied with the extraterritoriality of the law, which could undermine the global sports system.

If the United States can bring doping under its own criminal law, then why not, for example, China or European countries? Moreover, Germany, Austria, Belgium, Denmark, France, Italy, Sweden, Switzerland and Spain already have similar laws. But they are limited exclusively to the limits of internal boundaries.

Hypothetically, the massive adoption of similar laws by other countries will cause an intractable collapse, when the special services of different states will simply hunt for individuals from sports. Lawsuits, extraditions, ultimatums and other criminal fights will become the main hallmarks of sports. This is exactly what WADA thought when they discussed the prospects of the "act of Grigory Rodchenkov."

But now WADA has suddenly changed their minds.

History the confrontation between WADA and American sports developed around the actual integrity of the latter.

Are there many rumored doping scandals related to the NBA, NHL, American baseball or football? All reports from USADA (United States National Anti-Doping Agency) record the suspicious chemical purity of their own athletes.

At the same time, Washington does not allow external experts to participate in the most high-budget national sports. By the way, about the same thing is happening with the US electoral system - any external independent observation is strongly discouraged.

When WADA gave a hint about the control of professional sports leagues in the United States, it immediately received a notice of the withdrawal of the Americans from the agency. Washington is (by tradition) the main filler of the joint budget in almost all companies. And this is what seriously tempered the ardor of anti-doping commissioners.

As a result, the mentioned Vitold Banka agreed not to touch the industry of sports shows for Americans. And he reluctantly accepted the "Rodchenkov act."

Pact "one Yankees in someone else's stadium"

Any international competition in which at least one US citizen is present is subject to this law.

It is likely that this very only Yankee may be a mere spectator.

At the same time, the restrictions do not apply to professional or even student sports leagues within the US country.

Obviously, absolutely all American competitions (in which only Americans participate and it is on their own territory) are by default held exclusively without at least some kind of doping? 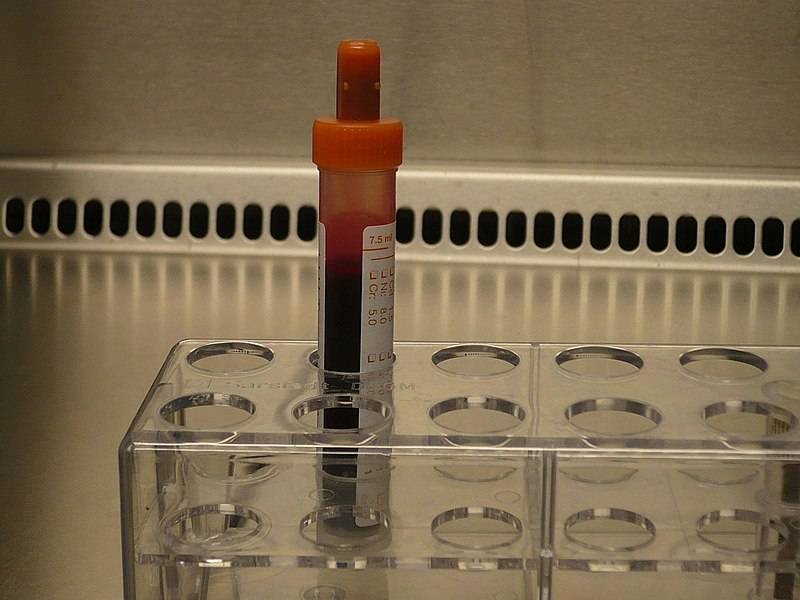 The lobby took Rodchenkov's sword away from the Yankees

In one of the first versions of the RADA law, North American lawyers still provided for the extension of criminal liability to their own athletes. But the lobbies, in the hands of which multibillion-dollar revenues from national sports shows, sent the project in time for revision.

Very precise comments on this aspect of the "Rodchenkov Act" were previously voiced in WADA:

“We are wondering why this bill excludes a significant portion of American sports. If the law isn't good enough for American sports, why is it good for the rest of the world? "

And their basketball was completely exempted from doping tests

Threats to cut off vital funding, however, have left the question rhetorical.

A small reference about the "cleanest" sport in the world. Up to 80% of American baseball league players use anabolic steroids regularly.

The famous baseball player Jose Canseco wrote about this in his book Juiced. Where he mentioned that the only season in his sports career took place without "chemistry" in 1998. Canseco then himself gave up steroids, citing divorce proceedings. And there is still no talk of any subsequent "act of Canseco".

For example, in 2018 there were only nine doping tests in the American Football League.

And in basketball, they decided to abandon such a troublesome procedure altogether.

How to respond to RADA?

Despite the fact that the "Rodchenkov act" is aimed primarily at eliminating WADA, and not at Russia, domestic sports will have to somehow adapt.

The Kremlin's reaction in this situation is quite understandable. Dmitry Peskov commented:

“In Russia, he is extremely critical of any US attempts to extend its jurisdiction to other countries. Such cross-border practice does not suit us, we do not agree with it. Apart from concern, this can cause nothing. "

The lawmakers of Russia expressed themselves more sharply. Elena Panina, member of the State Duma Committee on International Affairs, said:

"Given the vagueness of the" doping codes ", any coach or manager can go to an American prison, whose ward has outstripped the American in the competition ... And it is possible that, as a result, US athletes will compete exclusively with themselves."

The participation of athletes from Russia in competitions marked by the American criminal yoke can now damage the reputation of the domestic sport. It is one thing to be under the control of the international authorized organization WADA, and quite another to compete in fear of American justice.

A full ratification of the "Rodchenkov Act" will virtually kill modern sport as we knew it. Was there a lot of good things in this very international sport? 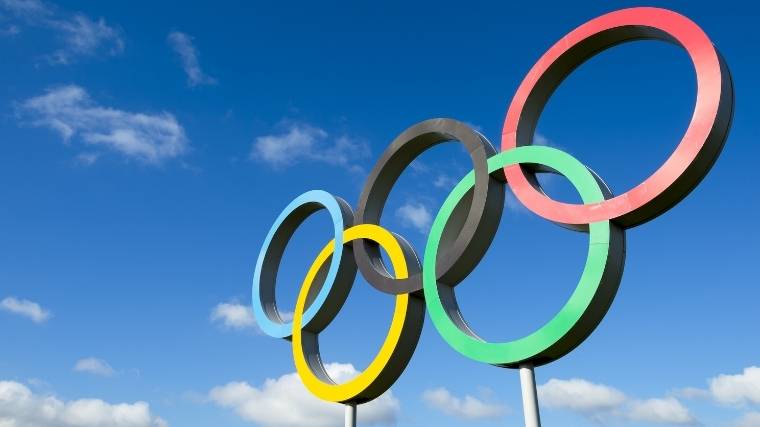 The competition has turned into explicit show programming with gigantic advertising contracts and broadcast payouts. Has sport become a driver of a healthy lifestyle among the population? And here by - now any novice athlete understands that with banned chemistry it is much easier to become a champion. At the same time, moral and material bonuses will more than cover the loss of health. Everyone knows that the portrait of a typical fan has nothing to do with the image of a healthy lifestyle person.

The coronavirus is more likely to lead humanity to take care of its body and spirit than the Olympic Games or the World Cup.

Is it worth at all to participate now in international similarities of competitions, taking into account all of the above? Or is it more expedient to find like-minded countries and organize your own format?

We can somehow manage without the pseudo-Olympic games, but we cannot do without a healthy national sport.

Ctrl Enter
Noticed oshЫbku Highlight text and press. Ctrl + Enter
We are
Commentary on A. Petrov's interview “Fire and Tactics in the Russian Army: Another Look”Military reform as an integral part of the security concept of the Russian Federation: Systematic dynamic assessment
Military Reviewin Yandex News
Military Reviewin Google News
74 comments
Information
Dear reader, to leave comments on the publication, you must sign in.