Konstantin Chernenko - the most "dim" and mysterious leader of the USSR 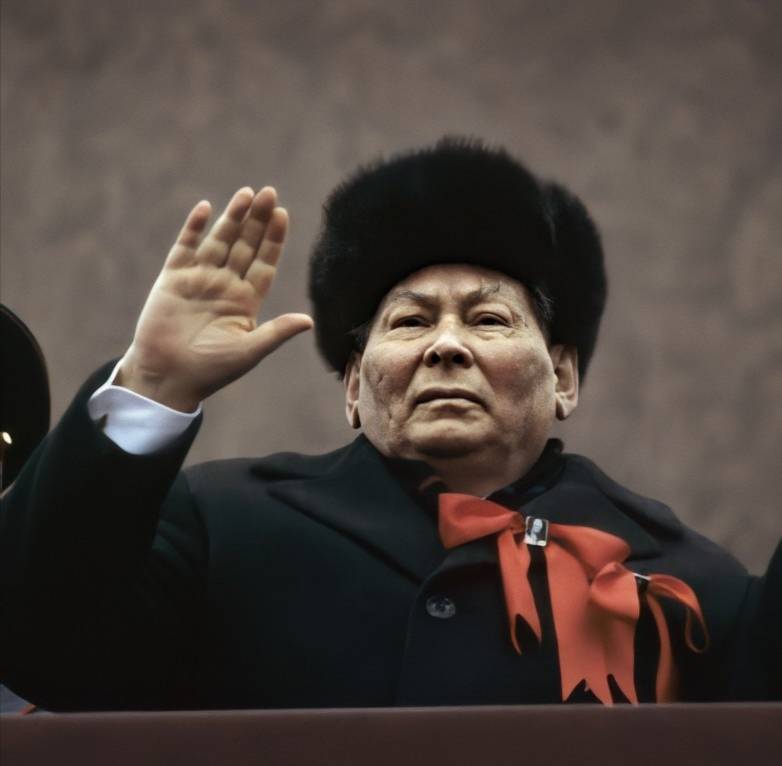 Usually, when it comes to the penultimate General Secretary of the Central Committee of the CPSU, Konstantin Ustinovich Chernenko, they instantly recall his bodily infirmities, a rather gray and non-heroic life path for the leader of the party and country. Along the way, surprise is expressed at how he generally ended up at the top of the system of power in the USSR, and even more so, headed it? However, one has only to dig a little deeper, and it becomes clear - with this leader, everything is far from being as simple as it might seem at first glance.

Many researchers (inclined to hasty conclusions and building their own versions on guesses of dubious quality) try to assert that after the death of Yuri Andropov, Chernenko was elected to the post of General Secretary as "the oldest and decrepit". A kind of "puppet" behind which the rest of the "Kremlin elders" were going to "turn things around". This is, excuse me, not a version, but lightweight nonsense.

First of all, let's recall the age of at least some of the members of the Politburo (at the time of their fateful decision). Konstantin Chernenko - 73 years old, Dmitry Ustinov - 76 years old, Nikolai Tikhonov - 79 years old, Andrey Gromyko - 75 years old. Yes, Konstantin Ustinovich is younger than all the others listed!

Besides, how much has Joe Biden got there today? 78, right? And no one writes it down to the "ruins". Okay, Biden is there. Ronald Reagan, also elected President of the United States in 1981, was already 3 years younger than Chernenko. And he died, by the way, at 93. So it’s not about age - for sure. What then?

Supporters of the opinion that Konstantin Ustinovich was only a “figurehead” continue to insist that he was “grayish”. "None." Intellect, to put it mildly, did not shine.

And in general, it was almost an "empty space". A kind of, you know, “office rat. He rose, they say, to the very top solely thanks to the patronage of Brezhnev, with whom he was lucky to become friends at party work in Moldova.

Such statements, again, do not correspond to the truth in the slightest degree. And they are based primarily on the godlessly distorted facts from his biography.

Revised biography of a special officer

Yes, Chernenko did not participate in the battles of the Great Patriotic War. Some people write: he served in the Red Army. The point is that not in the army, but in the border troops belonging to a completely different department - the NKVD!

Subsequently, after a long and not too easy career, finding himself in the apparatus of the Central Committee of the CPSU, Chernenko headed the General Department there. At first glance - the most common routine office, busy shifting papers. And again - by!

At one time, under Comrade Stalin, this very department was called quite differently - Special.

According to really serious historians, this name hid one of the most powerful secret special services of Joseph Vissarionovich - party intelligence and counterintelligence, to which, in addition to himself, only a few confidants of the Leader had access. The fact that such “wolves” as Mekhlis and Poskrebyshev were in charge of the department at different times, speaks volumes.

So, memories have been preserved, the author of which claims:

“Back in 1982, Chernenko openly told his subordinates that, despite the name change, all of them were“ specials ”- with the corresponding“ essence of tasks and specifics of work methods ”.

This, forgive me, is not the way of thinking and vocabulary of a “clerical rat”, but of a professional of the special services.

By the way, in Chernenko's office there was the apparatus complex of the Kremlin "wiretapping", which worked in relation to the highest officials of the party and state. And that was not the KGB equipment. Namely, that its a special department!

So Konstantin Ustinovich knew everything about everyone. Perhaps even a little more than the most informed committee members.

Daddy of the Kremlin's pneumatic tube

And one more detail - at one time Chernenko received a state prize for the arrangement of pneumatic mail between the Kremlin and Staraya Square for almost instant delivery of the most important documents.

Some people joke about this:

"Grandpa didn't want to wait for the couriers to run!"

Non-professionals do not understand. But in this way the head of the Special Department cut off from the most secret information a lot of people who technically had the opportunity to get access to what they were not supposed to know.

Generally speaking, Chernenko put a lot of effort into improving the technical side of the document management system in the Central Committee. In particular, ensuring its security and confidentiality.

Moreover, by the end of Brezhnev's reign, he was able to "close on himself", almost all information flows directed to the General Secretary. And after the death of Leonid Ilyich, he was supposed to take his place ...

The coming to power of Yuri Andropov, who already at that stage began the advancement of Gorbachev and other future perestroika, was not an accident. This was the result of a whole chain of intrigues, elaborate and brilliantly carried out by the former head of the KGB.

That there is only one extremely strange poisoning of Konstantin Chernenko in 1983. The consequences of which, in fact, turned a still quite strong man into a semi-disabled.

This is generally a topic for a completely separate conversation. I will only say for now that история this one was utterly mysterious and ambiguous. It creates a lot of doubt. And, in particular, it suggests:

“Didn't they try to“ get Chernenko out of the way ”with a guarantee?”

The last fight with the godfather of Gorbachev

Andropov, who was leaving for eternity, longed to see Gorbachev as the bearer of the supreme power as soon as possible.

However, for all their alleged "weakness", Chernenko and those who supported him managed to give one more, final battle and thereby delay the tragedy of the USSR. So the future killer of the Soviet Union, Gorbachev, remained only the second person in the country for another year.

What was used in this case? It is quite possible that the most serious incriminating evidence accumulated in due time on those who were to vote for the General Secretary's candidacy. Alas, the delay was too short.

Be that as it may, I respect Chernenko.

At least the fact that he was a sincere supporter of cleansing the name and merits of Stalin from dirt. Unfortunately, he did not manage to do this either.

The reign of Konstantin Ustinovich lasted 1 year and 25 days.

Then there was an abyss ...