What cannot be hidden for a long time? Space "achievements" of the United States 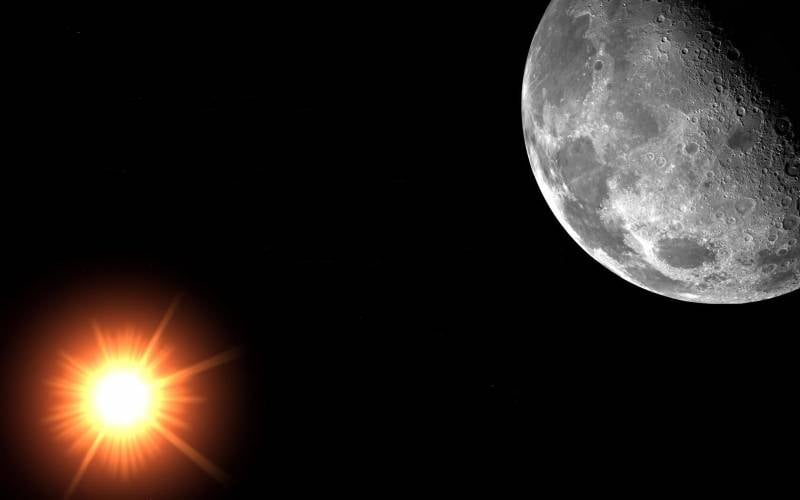 There is a famous saying by Siddhartha Gautama (Buddha):

"Three things cannot be hidden for a long time: the sun, the moon and the truth (or truth)."

One way or another, but I want to speak about it.

Let's start with the moon.

Not so long ago, in a sensational decree by Donald Trump in support of the commercial development of resources on the Moon and other celestial bodies, it was noted that the United States does not consider space as a public domain.

This decree emphasized that the United States no longer recognizes the Agreement on the Activities of States on the Moon and Other Celestial Bodies, adopted by a resolution of the UN General Assembly in December 1979.

It turns out that by doing so, the United States also violated its obligations under the 1967 Outer Space Treaty, which defined the moon as the "heritage of humanity" that cannot belong to any nation.

The Roscosmos corporation reacted to such American initiatives. So, for example, Deputy General Director for International Cooperation S.V. Saveliev described the American document as an aggressive plan for the actual seizure of territories of other planets and an attempt to expropriate outer space.

In addition, the press secretary of the Russian president Dmitry Peskov reported that, in general, this idea of ​​the United States worried the presidential administration as well.

So, the United States refuses to consider the Moon the property of all mankind and intends to single-handedly begin the extraction of resources on it. But that's not all.

If you recall the words of Donald Trump, in his outgoing presidency, then America should also become the first country whose astronauts will plant their flag on Mars.

Should we take it seriously? Does the United States have any special rights to the Moon, as well as real opportunities to exploit it? 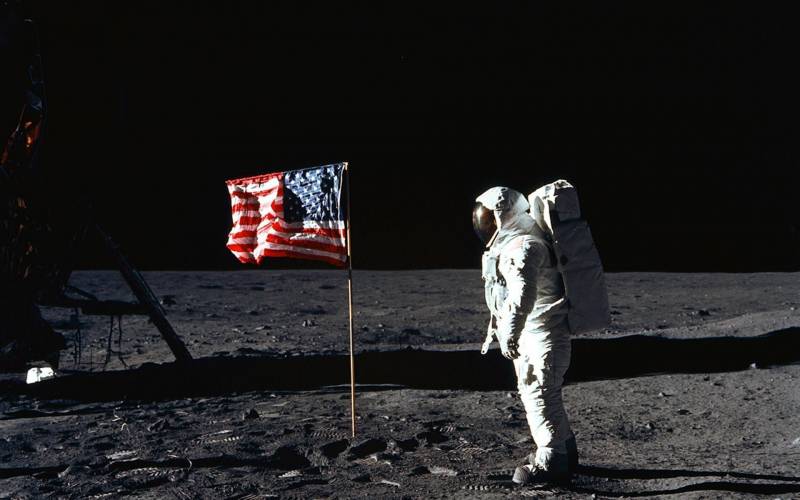 The triumphant landing of the Americans on the moon in the last century, when the USA and the USSR competed in space, is hardly a reason to consider the Moon the property of the United States.

On the contrary, against the background of the growing doubts of the world community about the reality of the conquest of the moon by American astronauts, such a statement is more like just a PR move to strengthen the prestige of the United States.

Let's try to figure it out.

Was there a "little American step" on the moon?

Many years have passed, the XNUMXst century has come, but even now not a single American lunar rover has appeared. The moon for the United States after the world triumph remained generally forgotten and unnecessary with all its "resources".

“This is one small step for man, but a giant leap for all mankind.”
But the fact of the matter is that there is no convincing evidence of even this small (and even more so large) step of the Americans on the Moon.

There is no such evidence, there are only technical projects, as it could be, demonstration starts and the same returns, and pictures under the scandalous confession of Kubrick.

Such American programs as the Lunar Orbiter and the unexpected landing of astronauts are far from the same thing.

I will say right away that no one is obliged to prove that the Americans did not land on the moon. It is the United States who must convincingly prove that their astronauts really were there. Spectacular starts broadcast to the whole world are not proof. Moreover, with active opposition to Soviet ships, track the true trajectory of missiles. Why hide the truth, given the indicative openness of launches?

It is useful to remember that only the Soviet Union was the first to create lunar rovers, the first to automatically take soil samples from the Moon and deliver them to Earth.

If not evidence - and splashdown of American capsules with vigorous astronauts, not at all similar to those who returned after a long space flight.

Real Soviet cosmonauts from orbit looked completely different, despite the fact that the vital volume in our spaceships was larger, and our cosmonauts breathed normal air, and not dangerous oxygen under reduced pressure, as noted in the Apollo.

The talks themselves from space and from the moon can be faked. The signal from a high geostationary orbit is difficult to distinguish, repeaters on the moon itself, all this can be prepared in advance. This is also not one hundred percent proof.

At the same time, when comparing, there is reason to believe that the lunar relief itself protrudes and protrudes beyond the American corner reflectors, and NASA could use the well-located slopes and faults of the lunar surface, determined from the Earth, stating them as the installation site.

The accuracy when using American reflectors is much inferior to the Soviet reflector from Lunokhod-1 (on Lunokhod-2, the reflector is not directed correctly due to an error in maneuvering).

NASA attributed the worst signal to the fact that their reflectors were allegedly "dusty".

However, they have a lot to explain in this way, a lot of inconsistencies and blunders, for the justification of which NASA does not get tired of twisting itself out, finding excuses.

It is especially impressive how, in fact, a crude rocket, without proper tests, suddenly appeared, was immediately determined to send people into space, having completed all missions without failures, being to this day unsurpassed in power, and immediately forgotten forever after.

How in general is it possible, without having the experience of returning to Earth with a second cosmic speed, even for 300-gram cargo, to immediately and successfully send your astronauts, bypassing all the stages necessary to prepare such a complex mission as landing a man on the lunar surface?

Do you believe in missing evidence?

Kubrick's confession, diapers, rag suits - these are little things. The most important evidence (photo and film footage, kilograms of lunar soil) strangely disappears from NASA's storage facilities, and previously distributed soil samples turn out to be fake. Isn't it too strange for honest and scrupulous gentlemen?

NASA has a lot to attract and justify. But it turns out that everything that happened is more suitable for only one "belief" in this event. Moreover, this belief is based solely on what was able to see and hear from the conquerors of the moon themselves.

You can come up with anything. But the obvious fact is that the United States was then lagging behind the USSR in the development of manned astronautics and in general in space exploration, acting as a catch-up.

Only with the Space Shuttle program did the American cosmonautics move away from the sonicated oxygen environment in a reduced pressure, switching to breathing air, as was the case in Soviet programs initially. Some experts only from this moment suspect the beginning of real flights of the Americans into space orbit.

The US could not build a real orbital station on its own. The ISS appeared thanks to Soviet space developments.

F-1 engines (with fantastic power and reliability) appeared from nowhere and disappeared into nowhere. And the States themselves are not shy about buying Soviet RD-180s from Russia.

Now let's talk about the Sun. Here it is difficult for the gentlemen from NASA to invent something, because we are talking about facts.

All launches of the American "Apollo" to the Moon were to take place during the years of maximum activity of the Sun - this is a concrete astronomical fact.

Moreover, there are previously announced NASA launch trajectories. This is the "Kondratyuk track".

The Americans did not know then that there would be a lethal dose of radiation, and there was no chance of survival - if there were astronauts in their Apollo at that level of protection.

Little information was available at the time about the Earth's radiation belts. What previously seemed suitable for the flight pattern turned out to be unacceptable in reality. This is from the category when one wanted "the best" or more plausible, borrowing everything from scientific articles: the idea of ​​a gravitational maneuver and the idea of ​​a shared spacecraft. 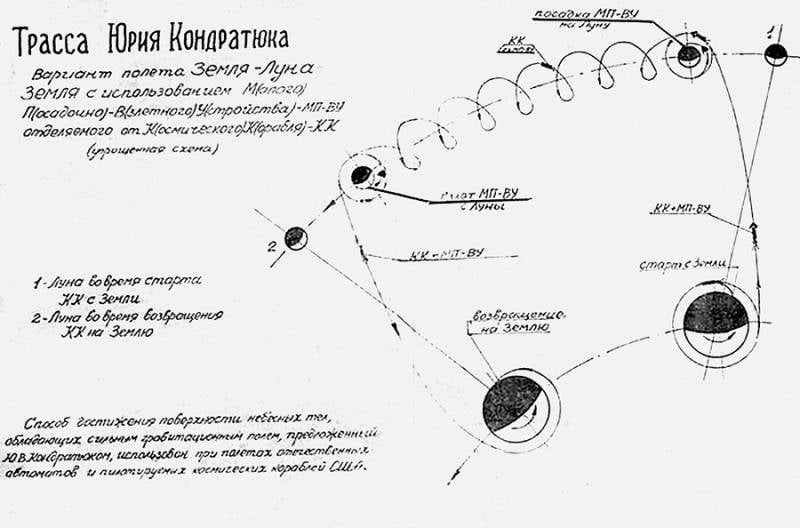 It was then known that the "Kondratyuk track" is a trajectory with minimal energy consumption during launch. But what was not known then was that this was the most dangerous route for the radiation of the crew.

Passage along the so-called Kondratyuk route would occur through these radiation belts in places where the concentration of protons, electrons and other radioactive particles is maximum.

During thirty minutes of flight through these radiation belts, the Americans should have received doses from 200 to 250 Curies only on secondary radiation - this is hard X-ray and gamma radiation from the deceleration of electrons and protons by the ship's hull.

It is interesting that a possible scandal in the objection of our scientists to the very reality of American flights at that time was "extinguished" by an order from the Central Committee of the CPSU to the Presidium of the USSR Academy of Sciences. Then it was recommended to forget about the Kondratyuk track and radiation belts and literally "not to annoy our American friends."

Further, the conquerors of the moon and the winners in the space race (who declared the Soviet Union an evil empire), it turns out, inflamed with goodness and love for the country defeated in space and made unprecedented concessions.

US President Richard Nixon flew to Moscow for once. Recognizing the victory of capitalism in space, the Soviet leadership received an era of detente, and Leonid Ilyich personally also received personal expensive gifts.

The apotheosis of "friendship" was already a joint space show under the Soyuz-Apollo program, after which a direct participant in the program, our cosmonaut Leonov, became an ardent supporter of the American landing on the Moon.

It is assumed that the exposure of the United States to a lie would then put the world on the brink of war, the States would simply not be able to survive the national shame. The losing United States in space needed a revenge victory at any cost, they got it.

Everyone is happy, the era of detente from American concessions passed under Brezhnev into an era of stagnation.

It turns out that the war was avoided, the USA paid off dearly. But was it worth it for the USSR?

Could the richest and most industrially developed capitalist country really fall behind in space so that all of its manned astronautics, at best, achieved only suborbital jumps in Gemini? And all further (according to "Apollo") - a complete falsification of hopelessness, including an unprecedented cost of the lunar scam? Monstrous lies and stolen glory?

Who lied once, who will believe you

As the saying goes:

"Who lied once, who will believe you?" 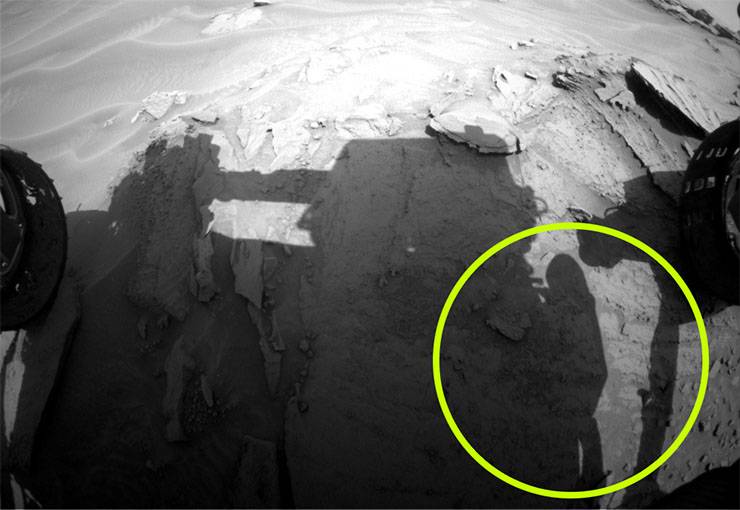 Here, American rovers are now plowing the vastness of Mars, despising distance, time and colossal sandstorms. At the same time, a lemming carcass, a human shadow, or a landscape is very reminiscent of the Canadian island of Devon.

As for the nearer target, "late at night, the moon alone shines so seductively in the sky." NASA is not at all interesting even for practicing the navigation of their alien "rovers" or for "cleaning" their corner reflectors.

If it were not for Trump (with his "privatization" of the moon), no one would have remembered her. 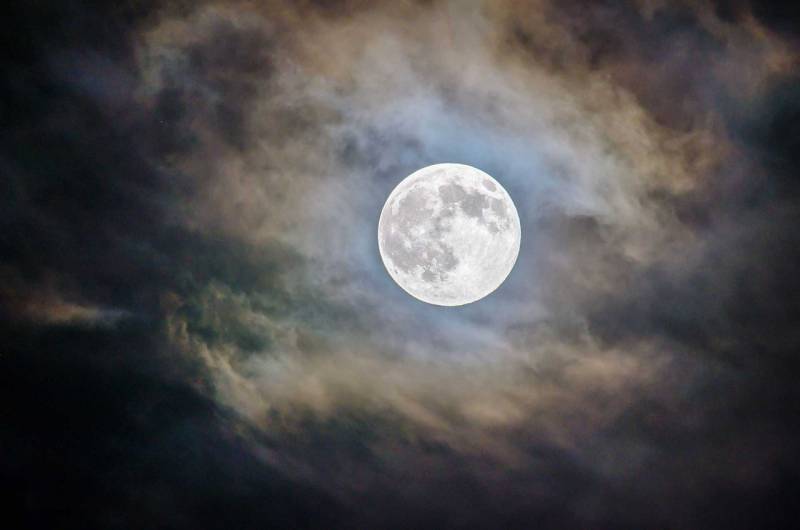 The truth is somewhere nearby

As a result, a few words about the truth.

Everything secret will someday become apparent - it is infinitely impossible to lie.

There is a book by Bill Kaysing "We've Never Been on the Moon." Read who is interested.

Ctrl Enter
Noticed oshЫbku Highlight text and press. Ctrl + Enter
We are
A great interview with Sergey Lavrov: about Ukraine, Obama and IranWhat you didn't want to know about England
307 comments
Information
Dear reader, to leave comments on the publication, you must to register.