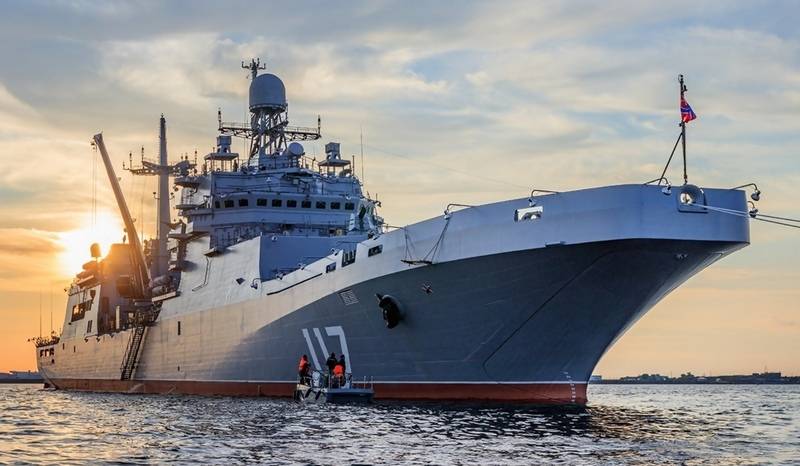 The large landing ship (BDK) "Pyotr Morgunov" of project 11711 completed the program of state tests and returned to the Baltic shipyard "Yantar" in Kaliningrad. The press service of the enterprise reports.

Most likely, at Yantar, the ship will undergo a control check and training before being transferred to the fleet. The date of raising the Andreevsky flag on the large landing craft has not yet been announced.

Recall that the BDK completed the factory sea trials back in May, after which it began the state stage. On October 1, the BDK interrupted testing due to an outbreak of coronavirus infection on board, returning to them only in early November. During the November exit to the sea, the work of the ship's weapons was checked and the landing of helicopters was worked out.