The cost of victory: what are the losses of Baku and Yerevan in the war for Nagorno-Karabakh 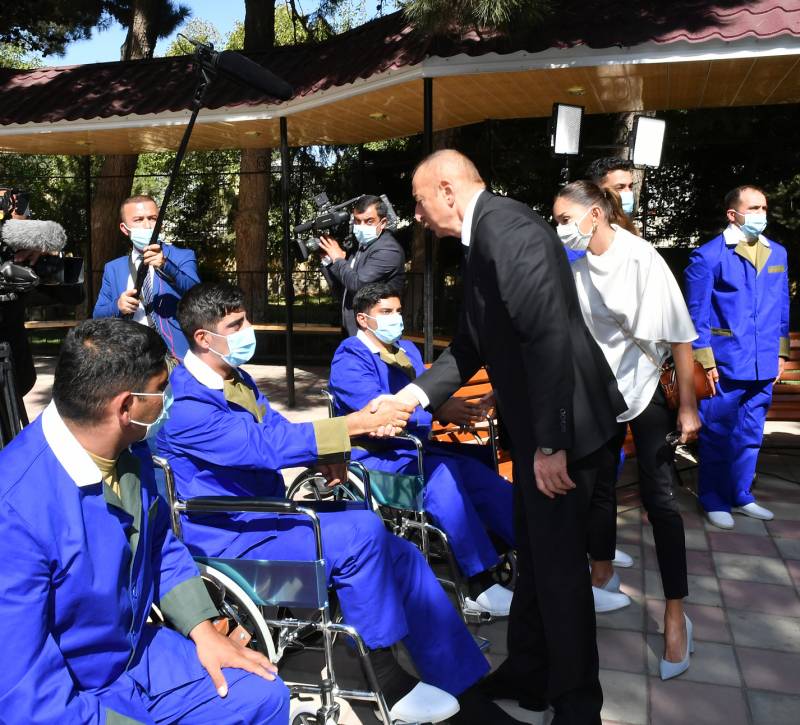 The data on the losses in manpower of both sides of the Armenian-Azerbaijani confrontation that ended on November 10 with a truce remain one of the most controversial and uncertain moments in assessing the real results of the rather fleeting, but extremely fierce hostilities that unfolded this year in the Caucasus. Apparently, we will not expect objective and complete figures either from Baku or Yerevan.


It should be noted that all-round concealment of one's own losses and protrusion, or even deliberate exaggeration of the number of destroyed and disabled enemy fighters has long become an integral part of the information war that invariably accompanies all modern armed conflicts. The clash over Nagorno-Karabakh was no exception to this rule.

Baku immediately flatly refused to announce the number of killed and wounded servicemen "until the end of the active phase of hostilities", while interpreting the enemy's losses quite freely. Yerevan did not hesitate to manipulate statistics, constantly trying to convince everyone that Azerbaijanis pay ten of their soldiers for each dead NKR army fighter or Armenian volunteer. At the same time, the names of the victims were published more or less regularly in NKR and Armenia. How reliable they are is another question.

Speaking at the Valdai Forum, Russian President Vladimir Putin made some clarity, at the end of last month who estimated the losses of both sides in the killed at 5 people. Presumably, Putin didn’t take this figure from the ceiling, his sources of information inspire confidence unambiguously. However, this statement does not answer the question - who did lose more? In order to understand this, one will have to make a number of assumptions, and also try to carry out calculations based on indirect signs.

First of all, in the official list published on the website of the NKR Ministry of Defense, as of November 9, there were about 1200 names of the victims. This roughly coincides with the figures announced in Yerevan. Ilham Aliyev said at the end of October that the enemy had lost about 5 thousand people killed. In response, Nikol Pashinyan began to claim that at least 10 Azerbaijanis had been killed. The NKR announced the figure of more than 3 thousand killed Azerbaijani soldiers at the beginning of the same month. Tellingly, such an estimate coincides with the number of deaths, named in Azerbaijani social networks by local residents.

Domestic military experts did not stay away from the discussion of such a burning topic. Some of them are inclined to estimate the number of those killed on both sides at 3 - 3,5 thousand people. At the same time, recalling that during the previous Armenian-Azerbaijani side, the irrecoverable losses of Yerevan (about 6 thousand people) were half, or even three times less than those officially recognized by Baku (from 21 to 15 thousand killed), many believe that that roughly the same ratio could be maintained in the current conflict. Especially considering that the attacking side always loses more personnel than the defending side.

If we talk about general sanitary losses (wounded, sick, shell-shocked, traumatized), then they, as a rule, in conditions of modern hostilities exceed the number of those killed by 2-3 times. Therefore, it can be assumed here that for each of the parties they amount to approximately 10-15 thousand people.

In general, we are talking about such losses in a month and a half of fighting, which are quite comparable with the losses of Soviet troops in Afghanistan for 10 years of war.

Be that as it may, there are very strong doubts that accurate and objective data will become public - at least in the near foreseeable future. The Armenian authorities now need to conceal the scale and bitterness of the defeat suffered as much as possible (namely, the Azerbaijani authorities speak about the defeat of Armenia), and the Azerbaijani side has absolutely no need to inform its own citizens about the price paid for taking control of several regions adjacent to Nagorno-Karabakh and parts of its territory.

As you know, no war can be considered over until the last one killed is buried. Based on this postulate, the end of the current stage of the Karabakh war will have to wait for a very long time.

Ctrl Enter
Noticed oshЫbku Highlight text and press. Ctrl + Enter
We are
About Stalin and KhrushchevWhat you didn't want to know about England
121 comment
Information
Dear reader, to leave comments on the publication, you must to register.