Once again on the neoliberal military reform project 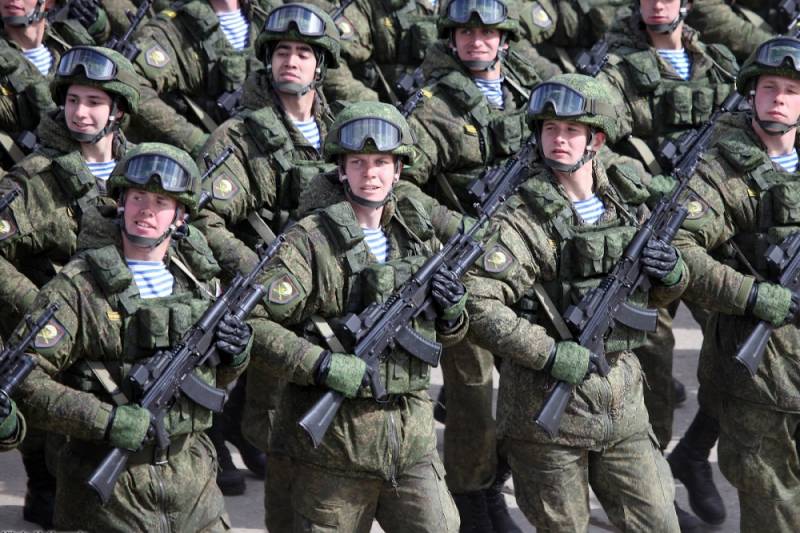 The inventors of the "fencing"

The discussed project of reforming the Armed Forces and military service in the Russian Federation not only aroused keen interest, but made us understand the true motives and evaluate the final consequences of the proposed measures.

If with an increase in the length of service, giving the right to a pension from 20 to 25 years; with the next "fencing" of some categories of military personnel (after military lawyers, financiers, some logisticians, they took up doctors, personnel officers, etc.); with the fact that studying at a military university is not a service, that is, an officer will have to serve for 30 years before retirement; removing all contract servicemen from the boiler rations, increasing the terms of wearing uniforms; with the fact that contractors are only entitled to a hostel for the first 10 years of service, and now it is impossible to use a mortgage during the period of service - the motivation of the "inventors" of the new service standards is somehow understandable. Well, apparently, no one in the Ministry of Finance served either in the army or in navy, and if he did, then (like their minister himself) - as a private.

They do not understand, in principle, why an army is needed - after all, no one is attacking us right now? And for them the officers: everything is not enough for them and everything is not enough for combat readiness, they themselves do nothing, but force the poor soldiers to work ... Of course, only with such views could such proposals appear. And, of course, they have no talk about any prestige of the army, about any strengthening of the country's defense capability, and even more so about the combat readiness and combat effectiveness of the Armed Forces.

Just think, at first those who have 20 years of service (and these are the most experienced!) Will leave the army, then new contract soldiers will stop going to the service and will begin to quit the graduates of the higher educational institutions who had not particularly held on to the service, which the army and navy are waiting for.

And this is only a superficial glance at the consequences of such decisions. Because, from a professional point of view, it's even more depressing.

Let's pay attention to one more point of the would-be reformers - a 10% reduction in the personnel of the Armed Forces.

Any professional soldier will confirm that this is an extremely costly event. Such large-scale reductions have been prepared for years and have been carried out for years, as a rule, in several stages (for example, the withdrawal of most of the American contingent from Europe or Afghanistan, which never took place). And if you do not, it will be like we did in the 90s: mindless, inhuman, “killing” the army. And with her - a whole generation of professional defenders of the fatherland (when they simply did not pay either the dismissed or those still in the service, funds were not allocated either to preserve the housing and barracks stock, or to ensure the combat readiness of weapons and military equipment). And all this is just under the slogans of reforming the RF Armed Forces.

Here are some calculations: a reduction in personnel by 100 people (officers, contract soldiers and conscripts at the rate of 000 rubles for each) is about 30 billion rubles in expenses for all types of allowances per month.
For the year, the budget will receive savings of as much as 36 billion rubles (for the budget, the figure is a penny). But this is where the nuances begin.

Dismissal for organizational staff activities and termination of the contract at the initiative of the Ministry of Defense - these are rather large payments from the budget (3-4 official salaries with all allowances, payments and compensations), provision of housing for officers after dismissal, large-scale costs of conservation of military camps, organization of storage and maintenance of weapons and military equipment in combat readiness, organization and implementation of mobilization activities. In all likelihood, all these expenses will obviously overshadow the savings, but this is not the worst thing.

The main thing is that the country's economy will simultaneously receive a 100-strong army of unemployed, young, healthy, promising former servicemen who are counting on a good salary. And in the conditions of the economic crisis and pandemic, it is unlikely that work will be found quickly (in a month or two). It is necessary to pay unemployment benefits, organize and pay for retraining and training in new specialties. But there are also families of servicemen with their problems. And it will take a long time before they reach the pre-layoff income level. But those 36 billion rubles in savings are nothing more than a direct deduction from annual GDP. And it is unlikely that it will be compensated even after a year. Aggregate consumer demand is recovering more slowly than incomes of the population are growing, especially in times of crisis.

But this is not the worst thing either. After all, they intend to reduce the Armed Forces not by ten people from each company, but by fully-fledged combat-ready formations and units. And this is about 10-12 full-strength brigades or 5-6 divisions. Probably, the troops will still be reduced not in threatened directions, but in the internal districts, but it is they who should play the role of the 3rd echelon for 3-5 days of fighting, ready to make up for the losses of our troops on the front line. But these units (after disbandment), having become a mobilization reserve, will be able to arrive at the front line only after mobilization, additional training and combat coordination, that is, after 2-3 weeks. At a minimum, such a development of events (in the event of a military conflict or a local war) is fraught with unjustified losses, loss of strategic initiative, and severe military-political consequences. But the Ministry of Finance, apparently, thinks that they know better how to ensure the military security of the country?

Thus, in financial terms, there will be no tangible savings from such events. From an economic point of view, the country receives a hundred thousandth army of unemployed, while narrowing aggregate consumer demand (that is, deliberately reducing GDP). From the military-political standpoint: the level of national security of the country is clearly declining, and the prestige of the army and military service is again slipping to zero.

In our opinion, no one (except for neoliberals) could think of this, even if we assume the extremely low professional level of the authors of this project.

Moreover, it has long been proven and confirmed by practice that the effective level of military spending (this is when both the military and the civilian sector of the economy receive the maximum from military orders for the defense industry complex) for modern Russia is 4 ± 0,5%. (The level of GDP in 2015-1016 and after the reduction of military spending in 2017 also shows this). But opportunities for the realization of the existing potential are not fully used, thanks again to the position of our Ministry of Finance.

So maybe, as the unforgettable M.M. Zhvanetsky said, something needs to be corrected at the conservatory?

Ctrl Enter
Noticed oshЫbku Highlight text and press. Ctrl + Enter
We are
About Stalin and KhrushchevWhat you didn't want to know about England
67 comments
Information
Dear reader, to leave comments on the publication, you must to register.