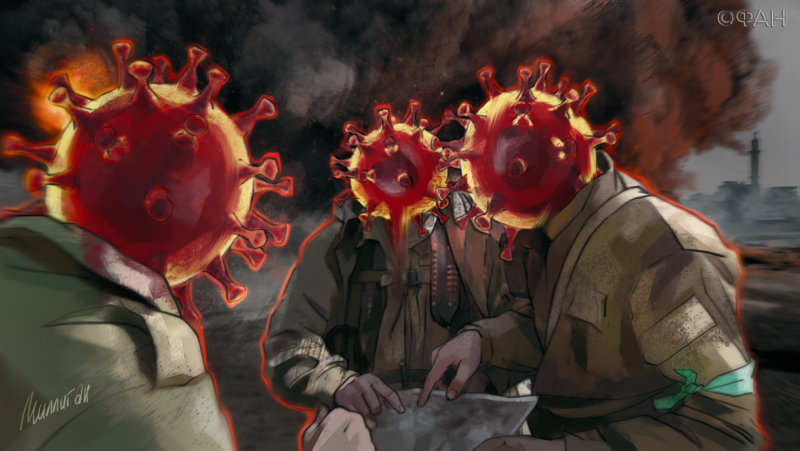 An operational report of the Accounts Chamber on the execution of the federal budget indicates a significant increase in the natural decline in the population in Russia. In 2020, it increased by more than 2019 percent compared to the same period in 30 and amounted to 316 people.

However, the author could not find any harsh wording in the report of the Accounts Chamber of Russia on checking the national project "Healthcare" published the other day. But the conclusion, nevertheless, literally suggests itself. It seems that the country's main control body, in its own way, assessed the frightening increase in mortality in the country - as a complete failure of optimized medicine.

The operational report and the local report on the national project are different documents, but their connection is too noticeable. Yes, while the auditors of the department, which is “successfully” headed by Alexei Kudrin, are not talking about the current pandemic crisis, when it is customary to say mostly good things about doctors.

But I do not rule out that publishing now information about the demographic catastrophe, you cannot say otherwise - we are simply being prepared for the worst. In the Accounts Chamber, the demographic situation in the country was mildly called “unfavorable”.

Nowadays, few people believe that the statistics will be at least somewhat better on the way out of the pandemic. In the meantime, the Accounts Chamber only checked the implementation of the national project "Health" in 2019.

That is, when the notorious optimization of medicine with the liquidation of hundreds of hospitals and the unification of polyclinics, which are often left without narrow-profile specialists, it would seem, has already become a thing of the past.

However, the consequences of this did not become less severe. Now, as follows from the report of the RF Joint Venture, even very solid investments in the national project "Healthcare" work poorly.

And this has become the norm in our country for a long time, since the time of Dmitry Medvedev's deputy premiership. We will remind that once the ex-president and ex-prime minister was in charge of only four national projects, including those on healthcare.

In principle, giving a lot of money for something extremely important is a good practice. But alas, this money now, after the medicine has been optimized on a large scale, most likely outside the framework of the national project, can hardly help.

In the context of the global onset of Covid-19, even 100 percent fulfillment of the planned targets of the national project for one specific year is unlikely to help. But the pandemic happened already this year, and the most terrible mortality figures are still waiting for us, but for now we will return to 2019.

In this already half-forgotten "peaceful 19 th year", according to a completely objective assessment of the subordinates of Alexei Kudrin, the Russian Ministry of Health successfully failed the implementation of the national project, the funding of which amounted to 86 billion rubles.

Not so much according to current realities, although it was originally planned to spend even 89 billion. However, whether the underfunding of only three billion can serve as an excuse for the implementers of the national project is, in my opinion, a rhetorical question.

But in the report of the RF JV, the wording sounds much softer - the medical department “failed to achieve the fulfillment of six of the 15 indicators of the national project in 2019”. But even among these six indicators, the auditors were not even embarrassed most of all, but, it seems, were seriously frightened by the complete absence of any positive regarding mortality in the country.

Already in 2019, there was no talk of a decrease in mortality in Russia as a whole, and specifically, neither the mortality rate of the working-age population nor mortality from diseases of the circulatory system - the most severe in this regard for the elderly population - did not decrease.

People care what they die from

It cannot be said that they are hiding something from us: the data, which fully correspond with the information from the RF JV, were also published by government sources. For example, it has already been reported there that in the context of the coronavirus pandemic, the death rate per thousand people since the beginning of 2020 was higher than in the same period in 2019. 3,4 percent.

Moreover, for the period from April to September, 128 thousand so-called excess deaths were officially registered in Russia. And only 30 thousand of them are due to the confirmed Covid-19.

Meanwhile, in the opinion on the national medical project published by the Accounting Chamber, it is noted that according to the plan it was required, more precisely - it was instructed to achieve a decrease in the mortality rate of the working-age population to 437 per 100 thousand population. And this for a year, that same 2019.

But to instruct is, as you know, not always to fulfill. In reality, this figure actually amounted to 482,8 deaths per 100 thousand. It is not very pleasant to see tenths of a percent or a person here, but let's make allowances for the peculiarities of national statistics.

Diseases of the circulatory system also continued to claim the lives of Russians by no means at the pace required by the implementation of the national project. According to this article, instead of the planned reduction in mortality, an unpleasant growth is noted. The indicator has already risen to 583,1 people per 100 thousand of the population, while earlier it was 545 per 100 thousand.

Here are a few more edited quotes from the RF JV report:

It was expected to reduce hospital mortality from myocardial infarction to 11,7%, but the figure was 12,4%. According to plans from the national project, mortality in medical institutions from acute cerebrovascular accident should have decreased to 17,6%, but in the end it turned out to be at the level of 18,6%.

... The reduction in mortality from neoplasms, including malignant tumors (as you understand, oncological diseases - author), according to the plan should have been 199,5 per 100 thousand, but in fact it turned out to be 203 per 100 thousand of the population.

... They did not reach the planned increase in the proportion of neoplasms detected in the early stages - according to the plan, the indicator should have been at the level of 57,9%, but in fact it was 57,4%.
It is clear that the reader will certainly ask what the billions that were allocated for the implementation of the ambitious national project were spent? I don’t presume to say it directly, but definitely not on rewards for medical officials.

Where does this income come from?

In this regard, the "excellent students" are the Ministry of Health, the Federal Service for Supervision of Consumer Rights Protection and Human Welfare, and the Federal Medical and Biological Agency (FMBA). It would seem that the optimization of medicine has begun to give results. Moreover, if we consider it from the standpoint of effective management, the result is simply enviable.

Thus, the excess of the income of the Ministry of Health over its expenses was the highest - 185,7%. Others are also at the level - more than 100%. Only the author, again, is unable to understand why, in the presence of a whole bunch of unsolved problems, having a number of programs and a national project financed almost 100 percent, none of the specialized departments was able to fulfill the costs in full?

Sorry for the insolence - is it really only because all departments stubbornly clamped down on salaries - and not only to officials, but also to medical practitioners themselves.

The head of the RF JV Alexei Kudrin - the current chief controller of the country - is, let someone try to challenge this conclusion, just one of the optimizers of a number of economic sectors. And along with them also the branches of the social sphere. At the head of the Ministry of Finance, he did not increase, year after year, and in most cases reduced the cost of medicine - this fact does not need proof.

In fact, it's hard for me to understand why medical optimizers have begun to be appointed so consistently to the Accounts Chamber of the Russian Federation. After all, before Kudrin, the chairman there was a long-term head of the Ministry of Health and Deputy Prime Minister Tatyana Golikova, who later also managed to find a number of problems and violations in state programs related to medicine, at the highest post in the RF JV.

It remains to be recalled that back in the same 2019, the Accounts Chamber already received information about how poorly the well-known decree of Russian President Vladimir Putin is being carried out. One that directly provided for an almost universal increase in the salaries of medical workers.

Then, just over a year ago, the Minister of Healthcare Veronika Skvortsova confidently reported on the implementation of the national medical project and a number of departmental programs, including salary programs. She stated that “there is no need to talk about the disruption of the program,” although the salaries of medical workers, according to the RF JV, were not immediately increased in 50 out of 85 regions of Russia. And this is contrary to the decree of the head of state.

Sadly, but 2020, with its Covid-19 pandemic, has endowed us with a continuation of the unpleasant trend, when doctors and nurses, including those from the ambulance, both in capitals and in the field have repeatedly been denied overtime allowances and dangerous work related to the fight against the coronavirus.

There is no doubt that the coronavirus quarantine year coming to an end will also give us all sorts of sad statistics. However, not all articles of such statistics can be easily attributed to the consequences, I would like to hope that it is precisely the consequences of the Covid-19 pandemic.

Ctrl Enter
Noticed oshЫbku Highlight text and press. Ctrl + Enter
We are
What we lostMissed chapter "Strategy-2020"
127 comments
Information
Dear reader, to leave comments on the publication, you must to register.