Where are the ministers flying to? 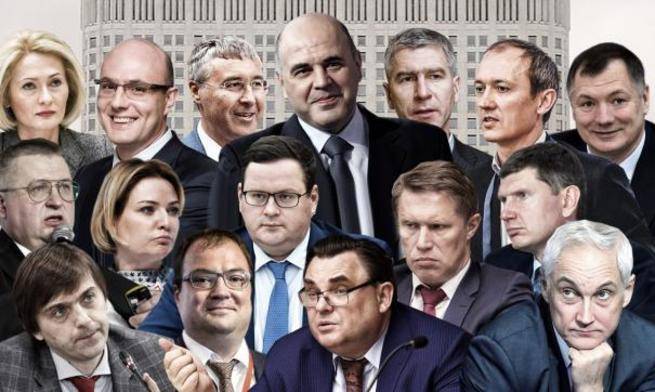 It's not even a changing of the guard

Monday is known to be a difficult day, but it is better to start a week with difficulties than to end it. The practice of carrying out personnel changes immediately after the weekend was started long before the whole country began to work with two days off.

Nevertheless, a special thank you to all those at the top: we were finally distracted from there from Covid-19, American elections and Karabakh. Previously, after all, bad Western cinema was immediately commented on by Soviet critics as the best way to distract the public from social problems.

This is also confirmed by statistics, although it might be nice to borrow from the Americans the habit of solving the most important issue for the country on Tuesday. However, the changes on Monday November 9 were predetermined for Russia on Friday, November 6, when the head of state signed a law on a virtually new procedure for forming a government.

This law can be considered as unexpected in our modern realities as expected after the summer changes in the country's Constitution. As you know, it establishes a uniform rule for all ministerial posts for candidates to pass through approval in the State Duma.

In principle, a similar practice took place in Russia before, but it did not deny the possibility of direct appointment of ministers and deputy prime ministers by the President of the country. It is significant that the business media, obviously at the suggestion of colleagues from the presidential pool (read: directly from the words of Dmitry Peskov), have already named the main candidates - either for a promotion or for a transplant. 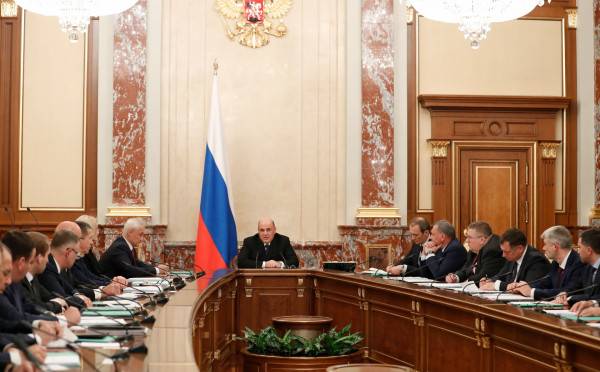 The press has already managed to "appoint" the first deputy of the current head of the department Irek Fayzullin to the post of Minister of Construction, although there was definitely no shortage of candidates for the post of head of the Ministry of Construction. However, in favor of Fayzullin, most likely, the proximity to the construction deputy prime minister Marat Khusnullin, whom he once replaced at the ministerial post in Tatarstan, played.

Former Minister of Construction Yakushev will not go nowhere and should replace Nikolai Tsukanov as the presidential envoy to the Urals Federal District. But there have been no reports yet about where Tsukanov could move, having at one time survived a "false resignation" from the post of governor of the Kaliningrad region.

In this regard, no one was surprised by the almost predetermined appointment of Dietrich to the governor's post in the Belgorod region. Released, as you know, the other day, perhaps the last of the Yeltsin Mohicans, United Russia Yevgeny Savchenko, who back in 1999 outplayed not just anyone, but Vladimir Zhirinovsky himself.

The successor of Yevgeny Dietrich in the Ministry of Transport is called the head of the Federal Air Transport Agency Alexander Neradko or the general director of Aeroflot Vitaly Savelyev. Both the one and the other in the industry - people are not new, but a possible change in the industry specialization of the minister is clearly visible, since one of the aviators will replace the road. It looks like the new head of department will be tasked with "saving the industry after the pandemic."

Least of all disputes and doubts about the resignation of the head of the Ministry of Natural Resources Dmitry Kobylkin, who was clearly "appointed" guilty of almost all environmental problems in Russia. Recall that just a couple of months ago, the Accounts Chamber of the Russian Federation characterized the situation with landfills in most regions of the country as "close to critical" (Sorry, unwashed Russia. Waste and costs).

In the report of the RF JV auditors, it was said not only and not so much about the exhaustion of resources for the disposal of solid household waste, which is growing by 1-2 percent annually, but about the fact that there is still no prospect for a breakthrough in the field of their processing. Kobylkin, apparently, will be the only one of the outgoing (or transitioning) ministers, a new place of work for which has not yet been determined.

It is also reported that Alexander Kozlov is to move to the Ministry of Natural Resources. This is not really a resignation, but in fact a promotion. Leaving the Ministry of the Russian Federation for the development of the Far East and the Arctic, which is local in its functions and powers, Kozlov receives a department in which his capabilities will be very limited financially, but his hands will be free.

First of all, from the point of view of control and pressure on other departments, and most importantly, on business structures, including the all-powerful state corporations. Alexander Kozlov, who has not yet reached the age of 40, is considered one of the young favorites of the current Prime Minister Mishustin, although he was nominated to the Cabinet of Ministers even before him - in 2018.

Prior to the Ministry of the East, Kozlov worked in the Amur Region, first in the structures of the Russian Coal holding, and then in regional departments and at the posts of the mayor of Blagoveshchensk and the Amur governor. In his favor are the victories in the elections (both there and there), as well as the preparation of a series of laws with benefits for investors in oil and gas projects in the Arctic, for which significant resources have already been attracted, and not only from Russia.

Messages about the candidates for the top post in the Ministry of the East are still very contradictory, comments to which are hardly appropriate.

Who will now "talk" with OPEC

It is already known that Energy Minister Novak will take the post of Deputy Prime Minister, it is quite obvious that the profile one is for the fuel and energy complex and industry. By all indications, the Minister of Energy will go for an informal promotion. This is quite logical, in connection with his transfer to oil and gas and industrial deputy prime ministers.

For Alexander Novak, experts boldly predict quite large additions to powers in the form of oversight over a number of federal agencies and corporations. Among other things, it is believed that the new Deputy Prime Minister may even be in charge of some functions of the Antimonopoly Service, traditionally independent and really accountable, first of all, to the President.

At the same time, the higher status of our energy minister is also regarded as a kind of reward for his successful series of negotiations with OPEC on cutting oil production, which saved hundreds of billions of dollars and euros for the Russian budget. 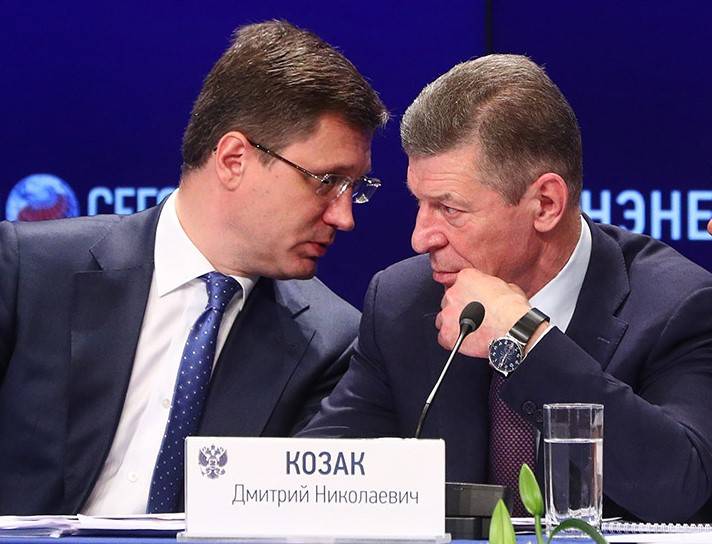 Alexander Novak is one of the old-timers of the Cabinet of Ministers, who held office for eight years. For a while, he was subordinate to Deputy Prime Minister Dmitry Kozak, with whom he worked well on the whole. Defense Deputy Prime Minister Yuri Borisov, who replaced Kozak in the role of curator of the fuel and energy complex, did not interact with Novak for long to draw some conclusions and assessments.

In addition, Novak in 2020 was really too busy, due to the acute energy crisis caused by the Covid-19 pandemic. Now he himself will be in charge of the Ministry of Energy, which will most likely be headed by the head of the energy holding "Inter RAO" Boris Kovalchuk, a 42-year-old associate of the chairman of the board of directors of this holding, Igor Sechin.

Nevertheless, Alexander Novak himself will most likely continue to interact with OPEC, and his deputy prime minister status should only add weight to him in negotiations with high-ranking officials from the cartel member countries.

It remains to conclude that despite the almost complete resignation of four (and possibly five) members of Mikhail Mishustin's cabinet at once, nothing dramatic will happen, although this is something someone would like.

Ctrl Enter
Noticed oshЫbku Highlight text and press. Ctrl + Enter
We are
About Stalin and KhrushchevWhat you didn't want to know about England
181 comment
Information
Dear reader, to leave comments on the publication, you must to register.