"The enemy is violating the ceasefire": the Azerbaijani Defense Ministry made a series of strange statements 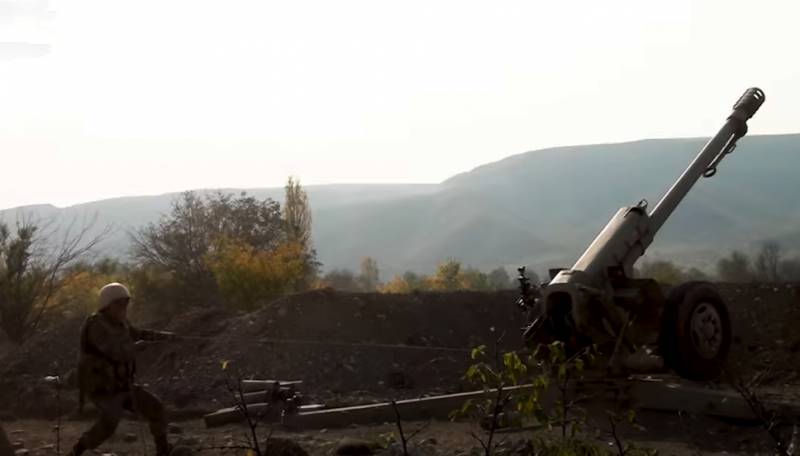 The Ministry of Defense of Azerbaijan, on the basis of which the President of the country Ilham Aliyev had been announcing the seizure of Shushi all day and even expressed gratitude to the military command, is now spreading frankly strange statements through the media and social networks. These statements consist in the fact that "the Armenian side is violating the ceasefire regime."

The destruction of one tank T-72, D-30 howitzers, one mortar and a truck with ammunition for the Armenian troops. Does the Azerbaijani side itself violate the ceasefire?

Another noteworthy statement was made today by the military command of Azerbaijan:

The fighting is being conducted under the complete control of our troops.
If these are not the difficulties of translating the press secretariat, then this statement also has its quirks.

The series of strange statements continued with the fact that the Azerbaijani military department continued to assert today that Shusha is "under the full control" of the Azerbaijani Armed Forces. At the same time, these statements are again not supported by any video or photo evidence.
Ctrl Enter
Noticed oshЫbku Highlight text and press. Ctrl + Enter
We are
Summary of the week from voenkor Mag about events in the DNI and LC 21.04.18 - 27.04.18The weekly summary of 9-15 December about the military and social situation in the DNR and the LC from the military men "Mag"
68 comments
Information
Dear reader, to leave comments on the publication, you must to register.