Military film fan. Connoisseurs, this is for you!

November 7 2020
73
Well, finally I waited! Finally, I do not have a gag reflex, I finally want to share the joy of seeing the film with a capital letter, shot just fine and tasteful! 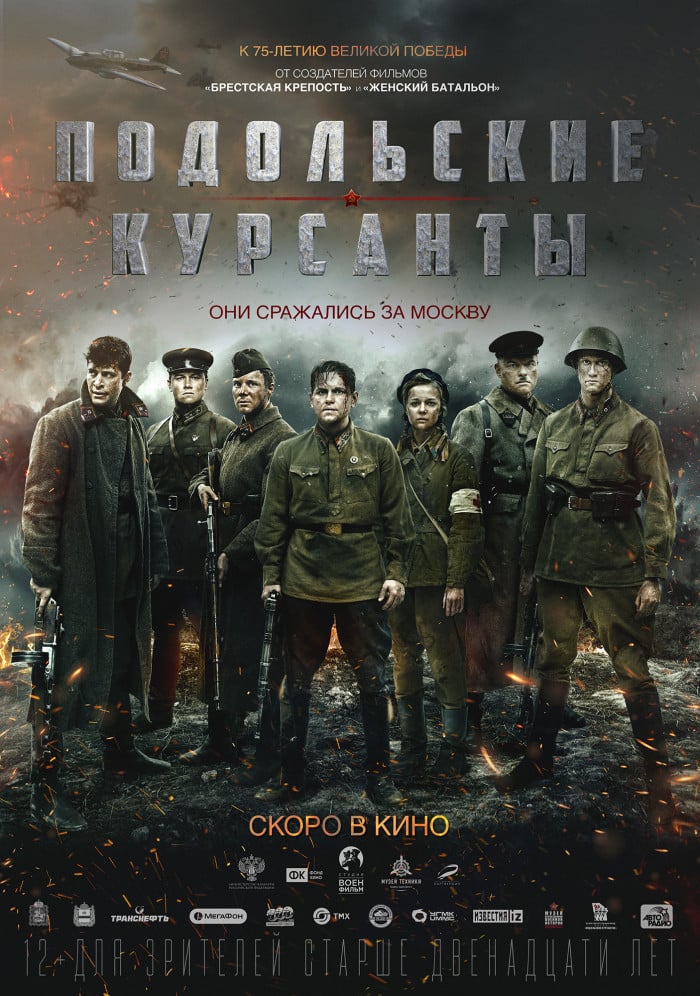 Especially because of all these restrictions, I went to a small room for 12 people, there were four of us. In the afternoon, a VIP room (very comfortable chairs) - and four - that's great. And they left, as they say, without hiding their eyes.

So what I would like to say. The most important thing is backups or backups. They were, since I had watched a huge number of war films in my life, I had something to remember.

I don’t know how anyone, but for me the best actor in the film is Lyubov Konstantinova, who played the nurse. In fact, her playing frost on the skin, I immediately remembered "And the dawns here are quiet ...". The first one. 1972 year. 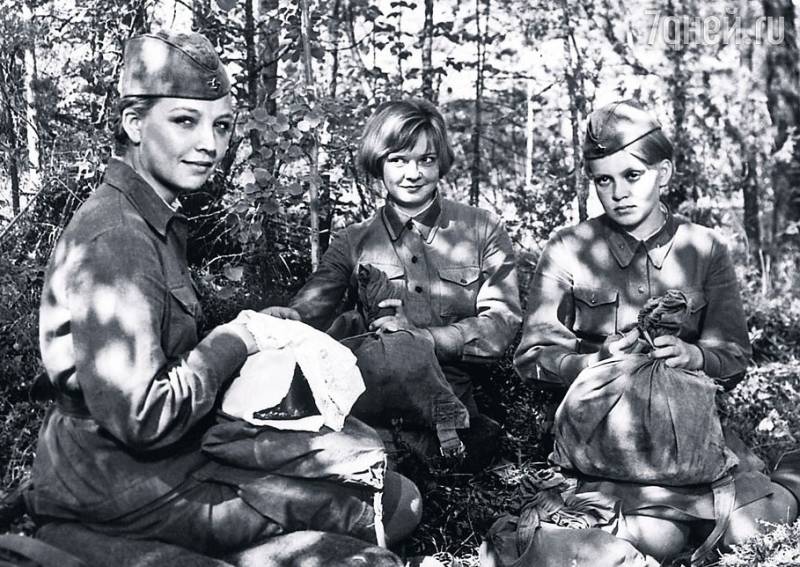 No, the others are also all just fine ... no, they didn't play. Perhaps, here I am not quite right. These people are remarkable in that they were able to live with their heroes. Show us that life and those lives that simply burned down in the fall of 1941 near Moscow.

The plot is simple ... Autumn 1941. The Germans are rushing to Moscow. The country has already understood that there is a war, but has not yet understood how terrible it is and for a long time. And these, young cadets, they heard the word, but the heart is still missing. Young…

And yes, here the Brest Fortress immediately pops up. And it's good that it pops up, great. This means that if the brain compares, it at least likes it.

Extras ... Here I have to say a huge "Thank you" to the entire reenactment party in Russia. Such great extras have not been in films for a long time. No blunders. Without owls stretched over the globe. No homemade products. The reenactors pulled this film to such a level of reliability that today it can be taken as a model.

In general, Ugolnikov came up with the idea to turn to reenactors.

Many thanks to private museums. Everything that traveled, everything is museum. From Vadim Zadorozhny (by the way, he is the producer of the film) there was a whole landing, mechanics and technicians, together with cars, other private museums and collections responded.

Five days ... Yes, nothing new. And thank God that there is nothing new in the picture. Young guys go to the front. They need to delay the advance of the Germans for five days. Some will survive, some will not. War. It is clear that there were few survivors in that meat grinder, but Moscow was at stake.

Everything is familiar. Killed or killed you. Managed to shoot, or did not have time. Very simple. There are no mediocre marshals, no drunken specials, there is nothing of those clichés that have been imposed on us for the past 20 years.

There is история... Rather, I would even more call the film a reconstruction; it is a very successful attempt to precisely reconstruct those events, rather than a detached display. Yes, there is a bit of such pathos, but it's not something that you can forgive - you need to.

When I watched and praised Shaliope's 28 Panfilovites, the sensations were completely different. Yes, the film was good, and at that time it was generally luxurious, against the background of general impotence from cinema, but, perhaps, "Cadets" is stronger.

Yes, someone may not like the love line crammed into the film, but firstly, and where without it, and secondly - well, it was!

In the end, whoever needs the dry story of the moment is Hot Snow, a film that will never be equal.

I was waiting for this film, I have already spoken about it. I am very glad I am not disappointed. Faces, acting, staging, script, technique. The spirit of the film. By the way, a very atmospheric film, somehow immersed me in "In August 44", I didn't even understand why, something like that was new, although many people consider "In August ..." unsuccessful, but I personally think. The atmosphere in it is conveyed just fine. Here is about the same thing. 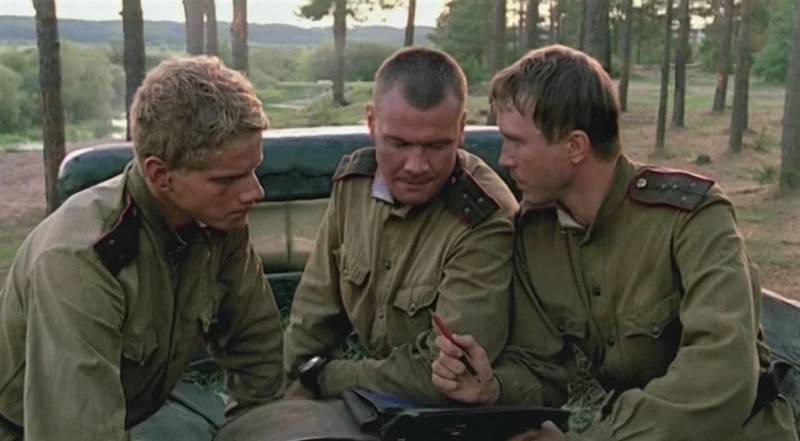 I highly recommend going on weekends. Support creators, actors, extras. The movie is really good. For modern Russian cinema - more than. I never thought that in the ocean of squalor and lies of Russian cinema, an island of such light would suddenly flash. Probably because the Ministry of Culture gave only 60 million out of 450 and could not put pressure on the film crew.

I would like to say a big thank you to all those responsible for the appearance of this film. First of all - to Igor Ugolnikov, without whom nothing would have happened. Director Vadim Shmelev must be proud of this work. Actors, I have already spoken about them, Bezrukov does not know how to play badly and here it was only confirmed, Bardukov, Yudin, Gubin, Konstantinova, Dyatlov ...

In general, this is a movie that definitely deserves to go to it. Our cinema did not give this out for a very long time, and it is not known whether there will be something like this in the future. Therefore, it's worth going and seeing. Recommend. The film is the same monument to those cadets like this one: 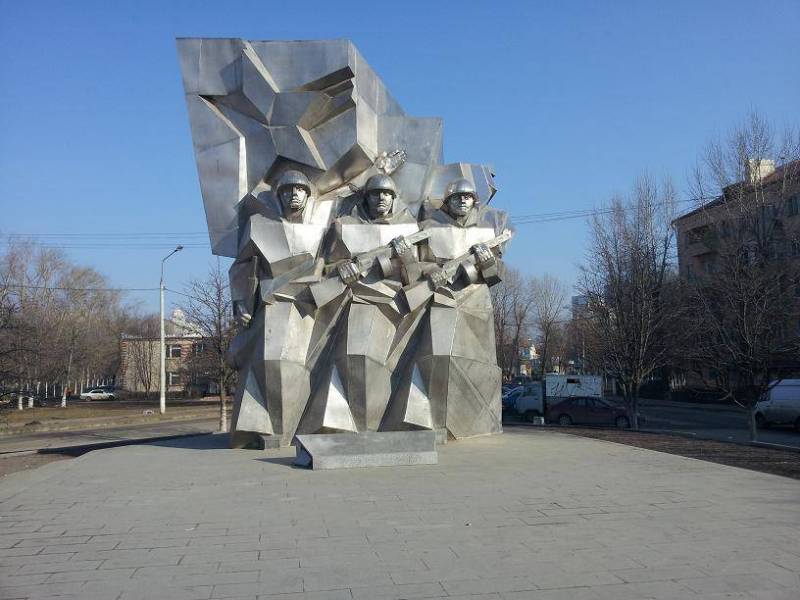 I didn’t purposely upload photos of frames from the film, at first, of course, I did it, then I decided that it would be better that way. Better you will see everything for yourself.

Ctrl Enter
Noticed oshЫbku Highlight text and press. Ctrl + Enter
We are
A great interview with Sergey Lavrov: about Ukraine, Obama and IranWhat you didn't want to know about England
73 comments
Information
Dear reader, to leave comments on the publication, you must to register.