Pension reform in Russia: who lost, is it already clear, and who gained? 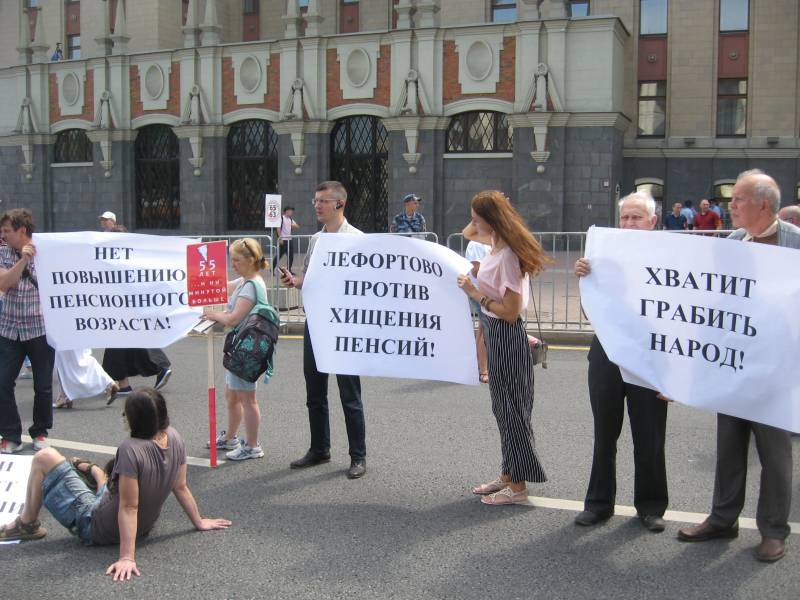 The decision of the domestic authorities to "reformat" the pension system of our country, which caused an unprecedented storm of popular indignation, did not bring heaven to earth and did not become the end of the world - life goes on, including for those who were directly affected by these controversial innovations. The question is - has this life become better or worse ...


At the same time, how many citizens have suffered quite specific damage, having lost the opportunity to go on a well-deserved rest in the previously planned terms, has already been roughly calculated. According to available data, the moment of termination of labor activity during 2019-2020 has moved into the future for 800 thousand Russians. But surely there should have been those who won in this situation? After all, the increase in the retirement age, among other reasons, was also justified by the promise of an increase in already paid pensions. What is the situation with this moment?

As far as we know, primarily from official sources, payments have indeed been indexed since January 1, 2020. For old-age pensions, the ratio was 6.6%, and for social pensions - 7%. With a projected (last year) inflation rate of 3.8%, this looked quite good. As planned, the average size of an old-age insurance pension in 2020 was to be an average of over 14 thousand rubles, state social pensions - over 9 thousand rubles, and people with disabilities from childhood could count on more than 13 and a half thousand rubles a month.

The year is coming to an end, and now we can say that of these plans we managed to implement. According to the Federal State Statistics Service, the average pension in Russia really "stepped over" 15 thousand rubles. However, this is more than an average amount - in Moscow and the metropolitan region the average level of payments is 27 thousand rubles (due to additional payments from local budgets and a much higher level of salaries, on which the calculation of pensions depends), but in some other Russian regions - for example, in Kalmykia, Adygea or the North Caucasus, it does not even reach 12 thousand.

The so-called subsistence minimum for a pensioner has also been raised, which in fact determines the minimum amount of payments and varies greatly by region. On average, in Russia, this indicator increased in 2019-2020 by almost 500 rubles. All this sounds quite encouraging, but the final conclusions can only be drawn after the level of annual inflation has been accurately calculated. Then we will talk about whether it was possible to fulfill the order given by Vladimir Putin in 2018: "the pension should grow ahead of the rise in the cost of life."

In truth, based on the losses that the domestic economy suffered due to the coronavirus and oil crises, there are certain doubts about the feasibility of this postulate. There are fears that the thousand-ruble increase in pensions will be more than offset by inflation. Be that as it may, the formal indicators of the growth of payments outlined by the government, apparently, are being met. And how they relate to real life - time will tell.

Ctrl Enter
Noticed oshЫbku Highlight text and press. Ctrl + Enter
We are
List of destroyed the largest and most high-tech enterprisesMilitary reform as an integral part of the security concept of the Russian Federation: Systematic dynamic assessment
124 comments
Information
Dear reader, to leave comments on the publication, you must to register.