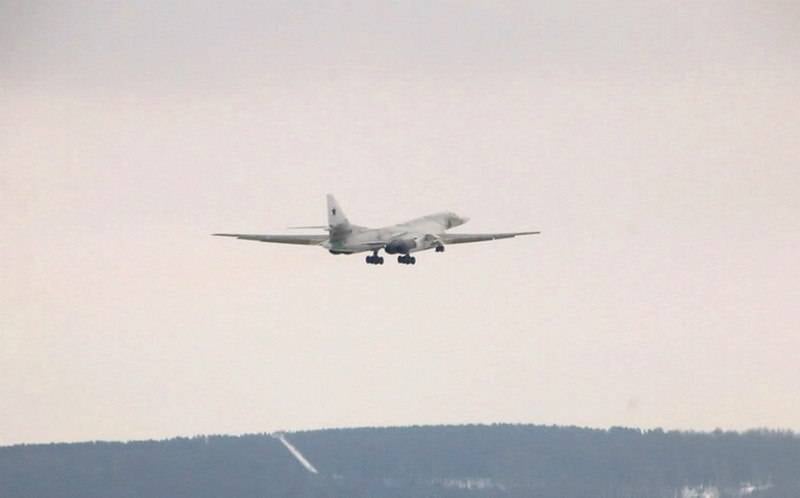 The deeply modernized strategic missile carrier Tu-160M ​​"White Swan" made its first flight with new NK-32-02 engines. This was reported by the press service of the United Aircraft Corporation (UAC).


As reported, the plane took off from the airfield of the Kazan aircraft plant named after SP Gorbunov and spent 2 hours 20 minutes in the air. The missile carrier was piloted by the crew under the guidance of test pilot of Zhukovskaya flight test and development base Anri Naskidyants. It is specified that the new NK-32-02 engines installed on the missile carrier are serial.

At the KAZ airfield. SP Gorbunov - a branch of Tupolev PJSC, the first flight of the deeply modernized Tu-160M ​​bomber-bomber with new serial NK-32-02 engines took place. The plane was piloted by a crew led by Anri Naskidyants. The flight took place at an altitude of 6 thousand meters and lasted 2 hours and 20 minutes
- said in a statement.

As stated in the UAC, during the flight, the updated general aircraft systems and avionics were checked, and the work of the new engines was assessed. The flight took place in normal mode, the systems and equipment worked without any comments.

As previously explained in the corporation, on the deeply modernized Tu-160M, new flight and navigation equipment, an on-board communications complex, a control system, a radar station, an electronic countermeasures complex, as well as new NK-32-02 engines (series 2) were installed, the serial production of which restored in Samara (UEC-Kuznetsov JSC).

In total, 160 Tu-15 combat aircraft rocket carriers of the Russian Federation Air Force should be upgraded to Tu-160M ​​level and ten new strategists of Tu-2027M ​​were built before 160 with the start of deliveries in 2023.

Ctrl Enter
Noticed oshЫbku Highlight text and press. Ctrl + Enter
We are
The first deeply modernized Tu-160M ​​began flight testsThe upgraded Tu-22M3M made its first flight
91 comment
Information
Dear reader, to leave comments on the publication, you must to register.