For the armament of two companies - tens of millions of dollars: the army of Montenegro took the first American armored vehicles 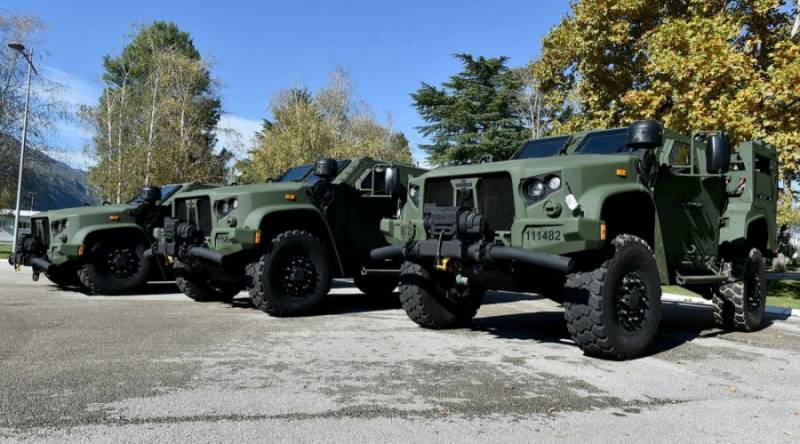 Recently, the Montenegrin army received new American-made Oshkosh armored vehicles. According to the military department, with their arrival, the country's armed forces embarked on a new path of development.

From this day on, everything will be different in the army of Montenegro
- said the Minister of Defense Predrag Boskovic.

The acquisition of armored vehicles is carried out under an agreement signed in October last year. The cost of the contract, providing for the transfer of 67 JLTV Oshkosh armored vehicles by 2023, is $ 36. It is planned to equip two infantry companies with this equipment, which will now be able to independently, without outside help, take part in NATO exercises and missions.

US Ambassador Judy Rising Reinke took part in the armored vehicles handover ceremony. In her words, it was Montenegro that “paved the way for buying cars,” becoming the first country in Europe to start operating Oshkosh armored vehicles. Slovenia, Belgium, Lithuania and Britain will follow suit in the coming months, she explained.

Ctrl Enter
Noticed oshЫbku Highlight text and press. Ctrl + Enter
We are
US introduced a new version of the JLTV SUVOshkosh Introduces First JLTV Prototype
23 comments
Information
Dear reader, to leave comments on the publication, you must to register.