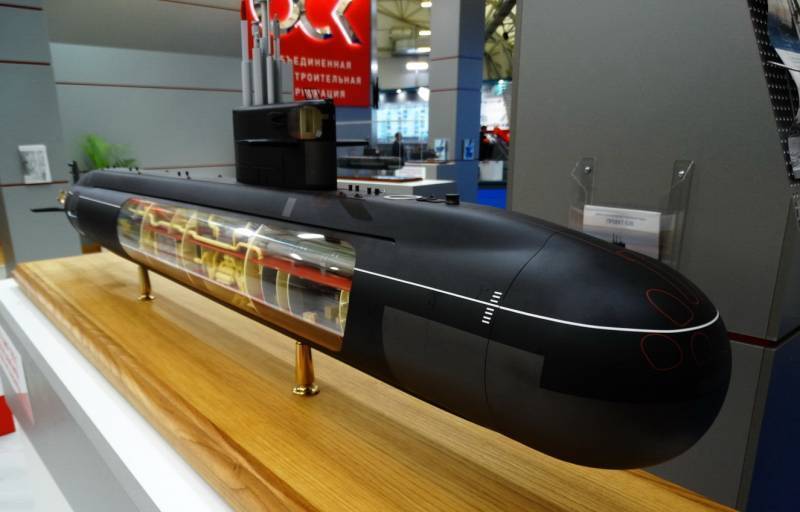 The fifth generation non-nuclear submarine Kalina under development will be of low tonnage. This is stated in the annual report of the United Shipbuilding Corporation (USC).


The fifth-generation Kalina nuclear submarine project was numbered 777A, according to the USC report, it is designing a small-tonnage submarine of the Kalina 777A project. In addition, the corporation continues work on technical re-equipment in order to create the production of systems, component equipment, devices and mechanisms for the non-nuclear submarine Kalina.

In early September of this year, the head of the USC, Rakhmanov, said that the corporation continues to work on the fifth generation submarines of the Kalina nuclear submarine and the Husky nuclear submarine. At the same time, he stressed that the work is being carried out on an initiative basis.

In 2017, it was reported that the program for the construction of fifth-generation non-nuclear submarines was included in the state armament program. Development work on Kalina should be completed by 2025.
Ctrl Enter
Noticed oshЫbku Highlight text and press. Ctrl + Enter
We are
Reports from the militia of New Russia for 27-28 September 2014 of the yearYuri Drozdov: Russia prepared the role of the sacrificial calf
65 comments
Information
Dear reader, to leave comments on the publication, you must to register.