New people and new parties in Russian politics: how their activity develops after the elections 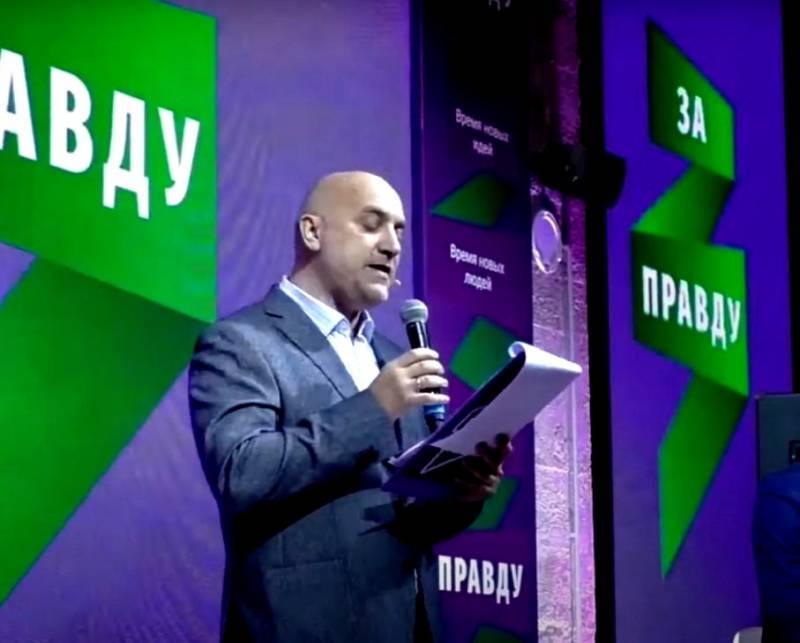 More than a month has passed since the single voting day in the Russian Federation. As you know, new, recently created political parties took part in the elections. How are their political activities developing now?


The regional elections, in fact, were a dress rehearsal for the upcoming elections to the State Duma of the Federal Assembly of the Russian Federation in 2021. The Administration of the President of the Russian Federation is now working on the issue of how to create a renewed political scene in the country: such "heavyweights" of Russian politics as the Communist Party of the Russian Federation, the Liberal Democratic Party or "Fair Russia", for example, have long been not perceived by a significant part of society as opposition. And the core of their political leaders is aging: Gennady Zyuganov, Vladimir Zhirinovsky, Sergei Mironov are people of retirement age, and there are not so many young people in party politics.

"New people" and "For truth" - two new (according to documents) parties

Among the recently emerging parties, political scientists highlight the New People party. She proved to be very worthy in the last elections and continues to develop considerable information activity in the regions. For example, in the Ulyanovsk region, representative Dmitry Krasichkov is trying to challenge the decision of the election commission: the results of voting in the constituency where he ran and won the majority of votes were invalidated.

Interestingly, the “New People” overcame the 4% barrier in 8,0 regions in which they took part in the elections to regional parliaments. These are Kaluga Region - 7,5%, Kostroma Region - 7,0%, Novosibirsk Region - 5,7% and Ryazan Region - 15,02%. In the elections to the Tomsk City Duma, the party gained XNUMX%, ranking third after the "heavyweights" of the United Russia Party and the Communist Party of the Russian Federation.

The big advantage of the election campaign of the “New People” party was the use of network marketing technologies. As you know, the leader of the party is Alexey Nechaev, the founder of the Russian production company Faberlic. In marketing, including network marketing, this person, for obvious reasons, understands much more than many representatives of the old political parties. And if United Russia, the Communist Party of the Russian Federation, and the LDPR partly relied on the networks of their regional organizations, then the New People were able to relatively quickly build an agitation network, which allowed the party to show very good results. If now it actively manifests itself in the information space during the year, then a pleasant surprise may await “New People” at the elections to the State Duma. 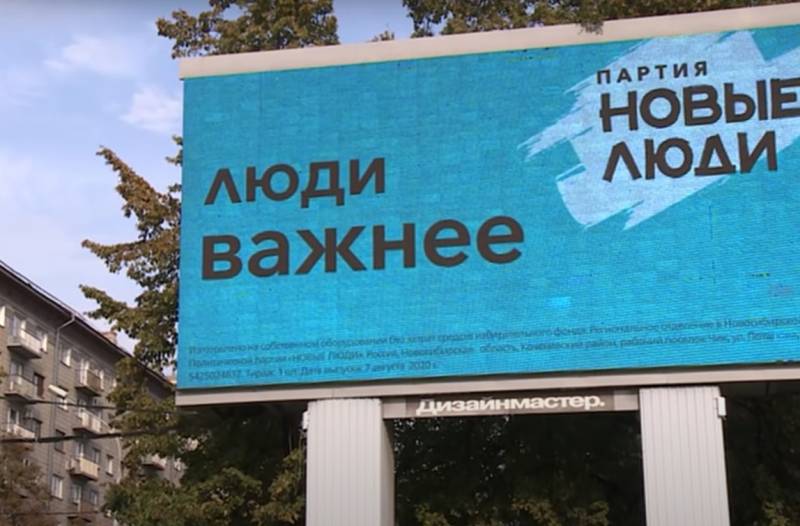 The success of the New People party is associated with a competent pre-election campaign
Party "For Truth" managed to get the only deputy - in the Ryazan region. According to the order, the place in the regional duma was to go to the party leader Zakhar Prilepin. But the writer refused it and as a result, Grigory Parsentiev will become a deputy of the regional legislative body.

Among the examples of the party's activity in the media space, one can name the announced creation of the "Alliance of Teachers against the Unified State Exam". This movement should contribute to the improvement of the domestic system of school education, including through the abolition of the USE. In addition, Za Pravda proposed to hold a social referendum with the introduction of three issues for citizens' discussion - on the introduction of a basic income, on a pension from 60 years with a reduction in the retirement period for women by 2 years for each child born, on the introduction of a “child million »- transfer of one million rubles to a special deposit for a newborn citizen of Russia. Although, of course, it is extremely unlikely that the party will be able to implement the idea of ​​a referendum.

For whom the political future shines

Another newcomer to party building, the Direct Democracy Party, demonstrates less informational and political activity than New People and For Pravda. As a result, the average result of a party in elections in the regions of Russia ranged from 0,29% to 2,29%, which is significantly less than not only for Novye Lyudi with an average result of 7,27% and For Pravda with a result of 6,92%, but also the Russian Party of Pensioners for Social Justice (RPPSS), which showed a result of 5,9%, passing in 7 regions out of 9, where it nominated candidates.

Thus, judging by the political and informational activity among the newly created parties, there are obvious leaders - these are "New People", "For Truth" and the RPPSS. At the same time, the last two parties can draw off part of the electorate from Fair Russia and the Communist Party, Za Pravda also from the Liberal Democratic Party and even United Russia, and New People can unite more moderate liberals who are hesitant or unwilling to follow Alexei Navalny. To all appearances, the direct democracy parties do not yet have a political future comparable to the listed organizations.

Ctrl Enter
Noticed a mistake Highlight text and press. Ctrl + Enter
We are
About Stalin and KhrushchevZyuganov in the program "Actual conversation"
89 comments
Information
Dear reader, to leave comments on the publication, you must to register.