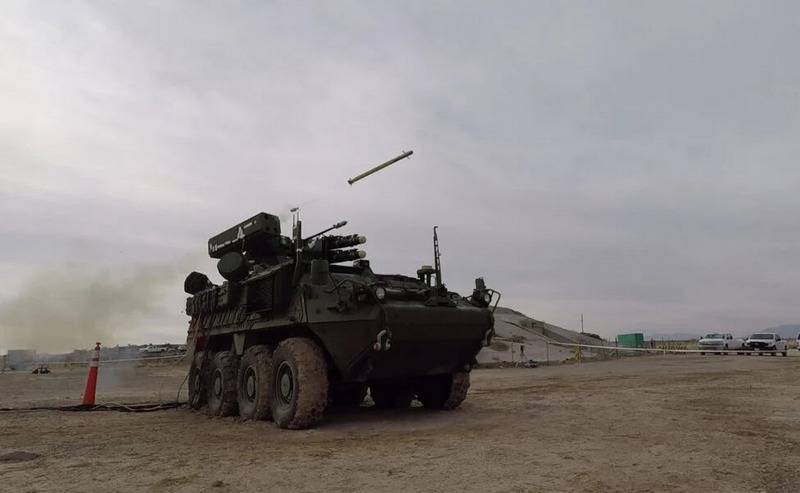 A video of testing a short-range air defense system - Interim Maneuver-Short-Range Air Defense (IM-SHORAD) - has appeared on the Web. The video was posted on its YouTube channel by General Dynamics Land Systems.


Tests were reportedly conducted earlier this year, with the military testing the main weapons of the IM-SHORAD, including Hellfire, Stinger missiles and a 30mm cannon.

On October 2, the US Department of Defense signed an agreement with General Dynamics to supply the American army with a new maneuverable air defense system based on the Stryker armored personnel carrier. As part of the signed contract, the company begins pre-series production of new IM-SHORAD combat vehicles.


The deadline for the contract is September 30, 2025, the total number of ordered cars has not been reported. It is known that at the first stage, funds are allocated for the production of 28 machines with subsequent renewal. Earlier it was announced plans to supply up to 144 IM-SHORAD systems.

IM-SHORAD is designed to counter both unmanned aerial vehicles and enemy helicopters and aircraft on the march and in the field of deployment. New mobile air defense systems should fill the possible shortage of air defense and missile defense systems.
Ctrl Enter
Noticed oshЫbku Highlight text and press. Ctrl + Enter
We are
The US Army has chosen the supplier of the new maneuverable air defense system IM-SHORADUnited States presented a new development - Stryker MSL
Military Reviewin Yandex News
Military Reviewin Google News
93 comments
Information
Dear reader, to leave comments on the publication, you must sign in.