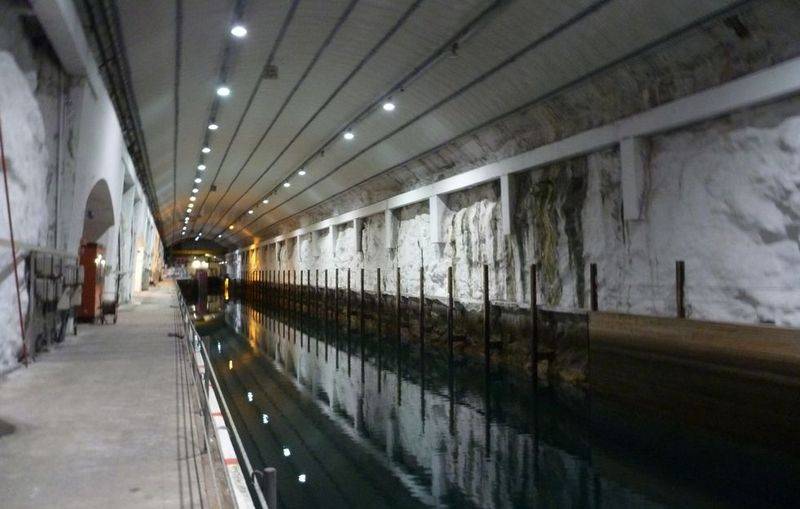 The US Navy intends to use the Norwegian underground submarine base Olavsvern for the American Seawolf-class multipurpose nuclear submarines. Popular Mechanics writes about it.


The US Navy is in talks with the Norwegian government about the use of the American submarine forces fleet base Olavsvern, located in Northern Norway, 350 km from the Russian border. According to the US military, this base could be used as a starting point for operations in the Barents Sea against Russian submarines.

The use of the Olavsvern military base by the US Navy would allow a US Navy attack submarine to quickly go to sea in the event of an emergency.
- said the command of the Navy.

At the same time, it is specified that American submarines are already using the port of Malangen in Northern Norway for the exchange of crews and receiving supplies.

It should be noted that the proposal of the US Navy to deploy nuclear submarines at Olavsvern is not new. During the Cold War, nuclear submarines of the American and British fleets were based on it, monitoring the ships and submarines of the USSR Northern Fleet. However, in 2002 the base was closed and in 2011 sold to a private company that owns it, using the base to support oil exploration in the Barents and Norwegian Seas.

The total area of ​​the base's underground premises exceeds 25 thousand square meters, and of buildings - 13 500 square meters. On the territory of the base there were depots of ammunition, fuel, workshops, barracks, a deep-water pier and a dry dock.
Ctrl Enter
Noticed oshЫbku Highlight text and press. Ctrl + Enter
We are
Reports from the militia of New Russia for 27-28 September 2014 of the yearYuri Drozdov: Russia prepared the role of the sacrificial calf
56 comments
Information
Dear reader, to leave comments on the publication, you must to register.