Tactical exercises in Serbia: it is shown how helicopters hit targets with missiles 9М14М "Baby" 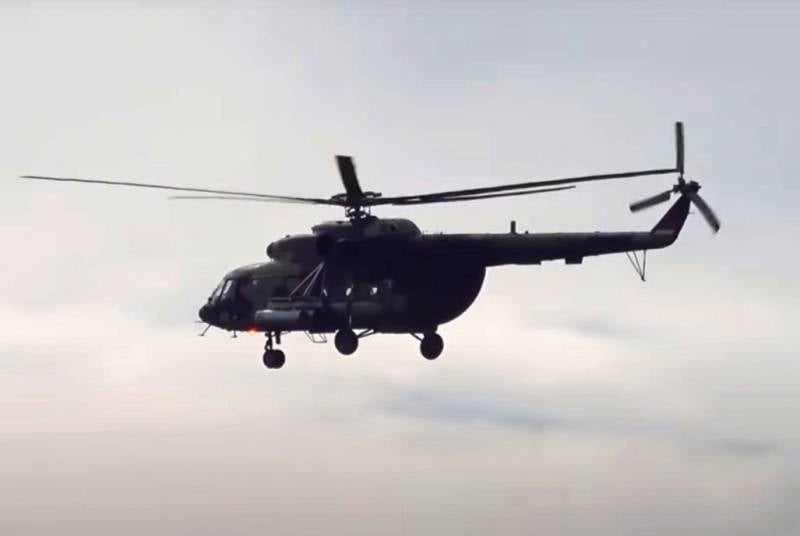 At large-scale military maneuvers in Serbia, helicopter strikes against the armored vehicles of a simulated enemy were practiced. Impressive footage was captured on video.


The tactical exercise "Assistance-2020" was held in early October 2020, about 2800 members of the Serbian armed forces, including units of the air force, air defense troops, ground forces, including the 72nd special operations brigade and 63 40st Airborne Brigade. The Serbian army used 150 aircraft and more than XNUMX ground vehicles in the exercises.

The commander of the Serbian Air Force, Major General Dusko Zharkovic, said that during the exercises it was possible to use Russian-made MiG-29 aircraft and Mi-17 and Mi-35 helicopters. In addition, the Pantsir-S anti-aircraft missile-gun systems were also involved. But the "highlight" of the exercise was the use of a French-designed Gazel attack helicopter armed with Soviet 9M14M Malyutka missiles.

Let us remind you that the Gazelle helicopters were inherited by the Serbian armed forces from the late Yugoslavia. At one time, Belgrade acquired a license from France to build helicopters, after which it began production at a plant in Mostar. Mostar is now part of Bosnia and Herzegovina. For a long time there is no Yugoslavian airline SOKO, which was engaged in the production of helicopters. But they are still in service with the Serbian Armed Forces.

The GAMA helicopter modification is one of the most powerful French helicopter models ever in service with the European armies. Each helicopter can carry up to four 9M14M “Baby” anti-tank missiles, known in NATO as the AT-3 Swatter, and two 9M32M “Strela-2M” anti-aircraft missiles (SA-7 Grail). These helicopters are now part of the Shadow 714th Anti-Tank Helicopter Squadron, based in Lashevci in central Serbia.

Serbia also produces the 9M14M Malyutka rocket under the name Malyutka-2T5 under license. Western experts call the missile obsolete, however, as demonstrated by the footage from the exercises, both helicopters and missiles can still be used in a modern military operation.


The video shows the direct hits of rockets fired from helicopters on targets at the Peshter training ground in southwestern Serbia. When the targets were hit and clouds of smoke rose over the impromptu battlefield, the helicopters fired another salvo to complete the destruction of the targets. Then the rockets destroyed the wooden "house": this is how the helicopters carried out preparations for the assault on the site by a motorized infantry unit.

By the way, in addition to helicopters, MiG-2020 fighters were also active in the "Assistance-29" exercises, which for the first time in twenty years completed the launch of air-to-ground missiles. Interestingly, the Serbian army also tested 2 Miloš unmanned ground vehicles in action, which were used in the exercises along with conventional armored vehicles, working at targets with their 7,62 mm machine guns. 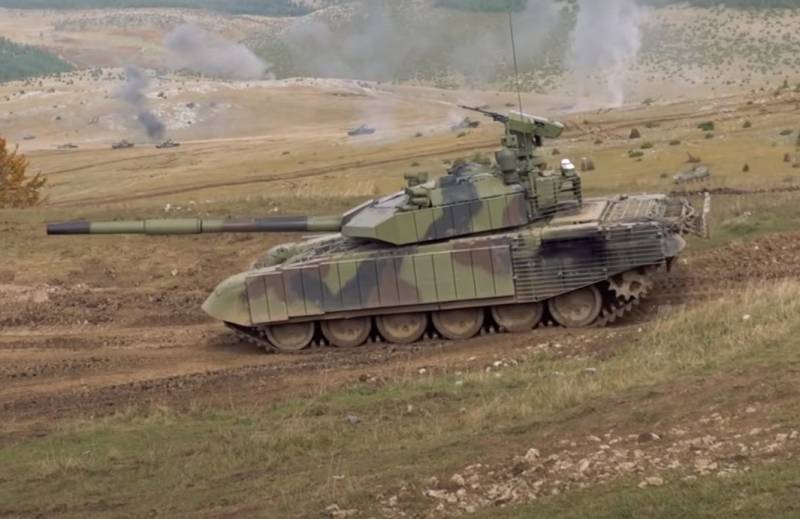 Military exercises "Assistance-2020": the offensive of the ground unit 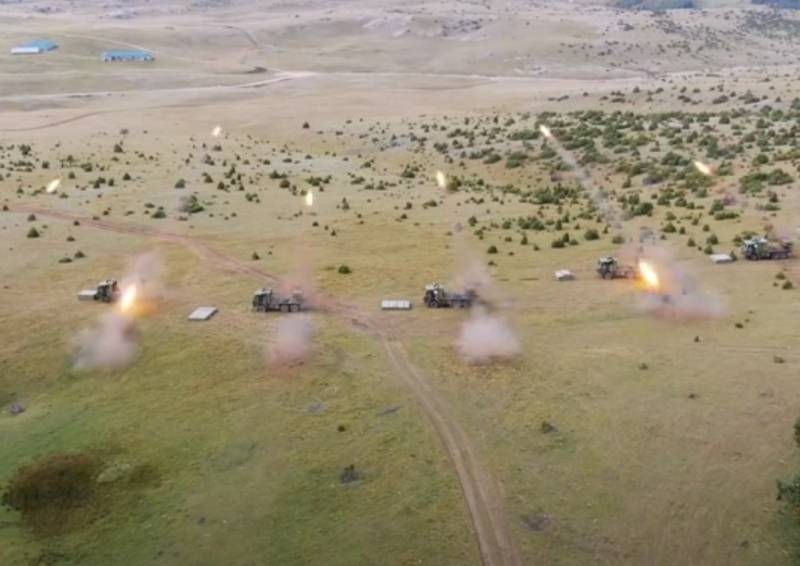 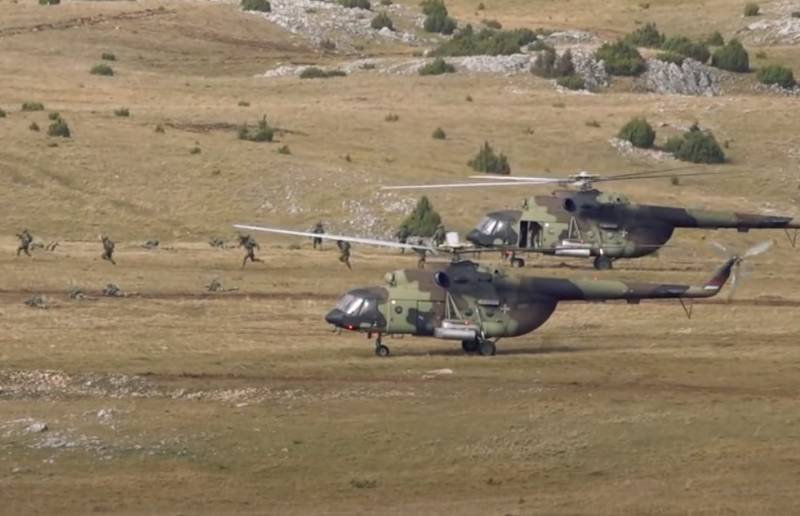 In general, large-scale military exercises showed that Serbia in recent years has not in vain increased investments in its defense. The country's armed forces remain one of the most efficient in the Balkan Peninsula. Serbia, surrounded by numerous opponents, cannot but have a powerful army.
Ctrl Enter
Noticed oshЫbku Highlight text and press. Ctrl + Enter
We are
Civil Defense Day. Emergency forces are always ready to helpReports from the militia of New Russia for 1 September 2014 of the year
22 comments
Information
Dear reader, to leave comments on the publication, you must to register.