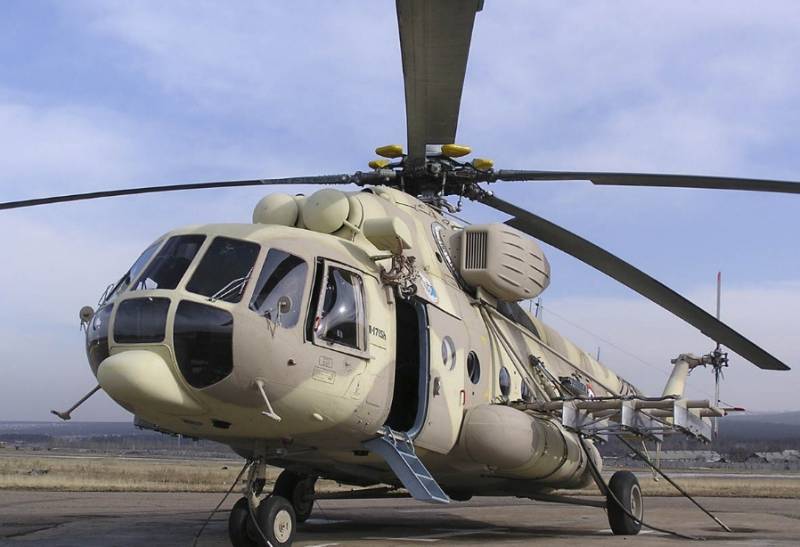 Sohu tried to answer the question of why China needed to buy Russian-made Mi-171SH helicopters. The Chinese audience greeted the information on the purchase of helicopters with approval.


Recall that the Mi-8AMTSh, or Mi-171Sh in the export version, is a military modification of the famous Soviet transport helicopter Mi-171, which has been in operation since the early 1990s. The helicopter is designed to transport and disembark up to 16 paratroopers, transport wounded soldiers, cargo up to 4000 kg, to destroy enemy manpower and armored vehicles, fortified firing points, for reconnaissance, firefighters, search and rescue operations. As you can see, the vehicle is multipurpose and capable of serving a very necessary service both in the armed forces and in civilian life.

The Mi-171Sh helicopters have been actively supplied by Russia for export to other countries. They are in service with the armies of many states, including Angola, Iran, Iraq, Sudan, Peru, Bangladesh, Vietnam and so on. But all these countries have several such helicopters, on average from 2-4 to 10-12. The record holder for the number of Mi-171s in service is China. As of 2016, the Celestial Empire possessed 144 Mi-171 Sh helicopters, despite the fact that China has purchased about 1990 Mi-300/17 helicopters since the beginning of the 171s.

However, since 2014, China has not purchased Russian helicopters. This was due, among other things, to the development of its own helicopter industry. Over the past decades, China has taken colossal leaps forward in virtually all industrial sectors. and helicopter construction is no exception to the list. The PRC acquired helicopters of its own production Z-18 / Z-8G, Z-20, Z-8L, supplied to the armament of the People's Liberation Army. Nevertheless, Beijing again decided to purchase a batch of Russian helicopters. The helicopters are expected to be delivered to China in 2022.

According to Sohu, the Chinese leadership decided to take such a step for certain reasons. The point is that none of the Chinese-made helicopters can be called a worthy successor to the Mi-171. Thus, the performance characteristics of the Z-8L are inferior to those of the Russian helicopter, and even less impressive are its capabilities in the field of protection against enemy air defense.

Another unconditional advantage of the Russian car is its relatively low cost. According to a Chinese newspaper, one helicopter will cost $ 6 million. For comparison: the United States delivered its UH-60M Black Hawk helicopters to Latvia at a price of $ 50 million per unit, that is, almost ten times more.

Since the serial production of the Mi-171 has been established in Russia, and at the plant in Ulan-Ude, that is, in the immediate vicinity of the PRC borders, there should be no obstacles to the delivery of a new batch of modernized helicopters.

Interestingly, the information about the acquisition of Russian helicopters caused a rather positive reaction from the Chinese audience.

We firmly support the continued purchase of new Russian helicopters by our country! This is not only a practical necessity and economic benefit, but also the embodiment of the Sino-Russian friendship,
- writes a user from Tianjin.

Another Chinese did not fail to notice:

The decline of Russia occurred due to the privatization of Gorbachev and Yeltsin, as well as the transfer of state assets to private hands. Since Putin came to power, Russia has changed for the better.

Ctrl Enter
Noticed oshЫbku Highlight text and press. Ctrl + Enter
We are
What you didn't want to know about EnglandList of destroyed the largest and most high-tech enterprises
37 comments
Information
Dear reader, to leave comments on the publication, you must to register.