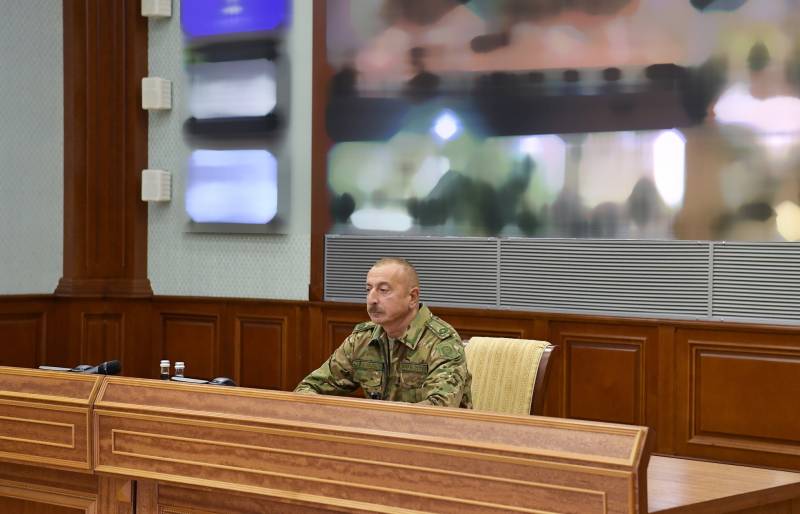 Press Secretary of the Armenian Defense Ministry Shushan Stepanyan made a statement on the publications made by the Azerbaijani military department. We are talking about the data provided by the Azerbaijani side on the intensive shelling by Armenian troops in the direction of Mingechaur-Agjabad.

Azerbaijan's statements about allegedly intensive shelling by Armenian forces in the direction of Mingechaur-Agjabad are yet another lie.
At the same time, the Armenian Defense Ministry added that the troops of Artsakh (the unrecognized Nagorno-Karabakh Republic) "have enough other goals."

We warn you that in case of any provocation of the Azerbaijani armed forces against populated areas and civilian infrastructure, the response of the Artsakh Defense Army will be disproportionately harsh.
.
Armenian Defense Ministry personnel:


According to the Armenian Defense Ministry, Azerbaijani troops continue to suffer serious losses in the southern direction of the armed conflict.

Meanwhile, new footage of attacks by Azerbaijani troops on Armenian equipment has been published on the network.


The footage shows how the destruction of army vehicles and tanks point strikes. The attacks are recorded using drones - through infrared cameras.

Ctrl Enter
Noticed oshЫbku Highlight text and press. Ctrl + Enter
We are
Reports from the militia of New Russia for 27-28 September 2014 of the yearNew war in the Caucasus be?
31 comment
Information
Dear reader, to leave comments on the publication, you must to register.