About great Erdogan and Great Turan 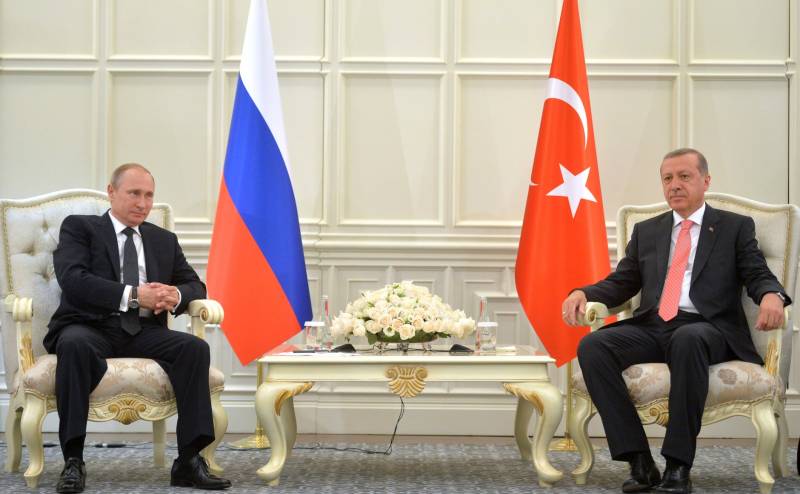 I rarely watch TV. Especially political talk shows and all sorts of analytical programs. Not because I'm not interested in it, just any such program corresponds to the opinion of the host of this program. The appropriate analysts and experts are selected. Even the opponents of the presenter's point of view are the same. Many of these opponents have become household names in the public mind.


Yesterday I spent quite a long time behind the wheel and just had to break my rules. AT news Most of the programs featured the theme of Turkey. More precisely, the theme of President Erdogan's actions in Azerbaijan and Nagorno-Karabakh. Letters from readers with a request to continue analyzing the actions of the parties in the NKR and especially the actions of the Turkish president there finally finished me off.

Why Erdogan went against the West and Russia

Any sane person will tell you about a simple and effective way out. You need to stop and sit down at the negotiating table. But let's listen to the President of Azerbaijan and the Prime Minister of Armenia. Both say the same thing. And both set conditions that are unrealizable for the opposing side. Why? Simply because the peoples of both countries will perceive the world only in this format. We won in format! Any other format means the political death of the country's leader.

The leading countries of the world act in exactly the same way and for the same reasons. Everybody calls for negotiations and everybody ... doesn't really do anything. Except for one country - Turkey, which openly declares its support for Baku. Which caused a flurry of criticism from various sides. Because of this wave of condemnation of Erdogan, the President of Azerbaijan has gone to the background. It turns out that the war is being waged by Pashinyan and Erdogan today.

The ambitions of the Turks are understandable. These are roughly the same dreams of former power as those of the Poles. But let's look at the world soberly. What is Turkey's assistance to Azerbaijan? Turkish UAVs? Turkish special forces, which really should be there? The Kurdish mercenaries reported by our foreign intelligence chief?

Agree, any of these arguments are easily refuted. Turkish military equipment as proof? Then the Russian "Buratino" proves that we are fighting on the side of Baku? Mercenary Kurds? Counter-question: on whose side are they fighting? Etc.

Today there is a lot of talk about the absorption of Azerbaijan as a result of the war in the NKR. Have the contradictions between Shiites and Sunnis already disappeared? Sunni Turks will kiss Shiite Azerbaijanis? And Erdogan's thesis about one people is doubtful. Yes, these are close peoples, but different in their origin and development.

Only one thesis speaks in favor of the possibility of absorbing Azerbaijan. Azerbaijan is in many ways not yet an established state. Young, under construction, but not fully completed. Therefore, it may well happen that it will not be able to resist the Turks. And the president of Azerbaijan is not as strong in international intrigues as his father.

It seems to me that Erdogan is credited with the flexibility of mind and the foresight of politics, which he does not have. We are creating something similar to Genghis Khan in the media space. In fact, President Erdogan is running a regional power torn apart by controversy. And foreign policy for him is just a means of maintaining power. The East is a dark matter, but not so much as not to understand that all these statements and threats are made only in order to silence the opposing clan.

Many analysts today talk about the plans of President Erdogan to create the Great Turan (Khazaria), which includes not only Azerbaijan, but also the entire Caucasus, Central Asia, Crimea, Siberia, the Volga region and the lands that once belonged to the Ottoman Empire. It seems to me that it takes our specialists seriously. Sharovary trousers will not be torn from such steps by the Turkish leader?

Turkey is not strong enough militarily and economically to expand its own territories. Even the acquisitions that the Turks made in Syria exist exactly until the moment when one of the greats does not look at them with reproach and lead in that direction with the barrel of a machine gun.

The whole world is against

Today it seems that the whole world has finally responded to the presumptuous Turkish president. World leaders saw the light and began to actively speak out about the non-standard actions of Turkey. But is it really so? Are any unions, coalitions or groups being created or are being created that will actively oppose the Turks?

Alas, there is no place for alliances in the new political situation. Every man for himself. Even if it concerns a country that is a member of any alliance. The same Turkey is a member of NATO. And not an ordinary member like dwarf states, but a country whose army is the backbone of the bloc. It is one of the strongest NATO armies. However, this does not prevent Erdogan from threatening another NATO member, Greece.

A reasonable question arises as to whether it is possible to stop Erdogan and why this is not being done today. The answer is simple. And it was given a long time ago, back in the first crisis of relations with Russia. All the arrogance and arrogance of this politician can be easily knocked down with one serious warning. Not to mention some kind of action. The moment the Turkish leader realizes that a very serious response will await him, all attempts at regional or even world leadership will cease.

Who will be the country to do this? Is it important? The most respected leader by the Turkish side today is Putin. And it seems to me that Putin's words will be enough. If the Turkish president "does not hear", he will face very serious problems at home. In the East, the throne always causes a lot of trouble for the one who sits on it.

Stop the war and put enemies at the same table

The blood and destruction of the NCR will continue. As I wrote above, the Azerbaijani army is much better prepared for war technically and materially. And considering that the Karabakh Armenians perfectly understand what awaits them in case of defeat, and no one is hiding this, there will be a lot of blood.

We are declaring a no-fly zone. With the consent of Yerevan and Baku, we bring in peacekeepers and put everyone at the negotiating table. At the same time, any manifestation of aggression must be suppressed by the peacekeepers in the most brutal manner. Up to the destruction of the aggressors in their positions. The fighters, if any side really have them, should be sent home in a day or two. The rest must be destroyed.

This does not mean that the conflict should be frozen. I think that recognition of the independence of Artsakh by both countries would be an excellent way out. At the same time, Artsakh should become a home for all those who consider this land to be their home. Regardless of nationality. Armenian and Azerbaijani villages have lived side by side for decades. It needs to be returned.

I understand that the task is daunting. Don't do it in one go. The task is not one year or even one decade. But living together in one republic will force both the Armenians and Azerbaijanis of Artsakh to begin communication at the everyday level. This means that the republic will begin to become a state. No other way.

About greatness and greats. Instead of a conclusion

Very few great people are born who are capable of really doing great things, and not talking about great things. And they remember them for centuries. Whether they were the greatest villains or the greatest humanists.

But those who think themselves great or imitate great on earth, many are born. Only instead of great deeds, pseudo-great cartoons are obtained. Caricatures of greatness, cartoons of the state, caricatures of everything that their hand touches. And they understand this. They understand and wait for this nightmare to end. They are waiting to be stopped ...

Ctrl Enter
Noticed oshЫbku Highlight text and press. Ctrl + Enter
We are
Karabakh rift is eternalThe attack on the Russian aircraft and the political situation in Turkey
76 comments
Information
Dear reader, to leave comments on the publication, you must to register.