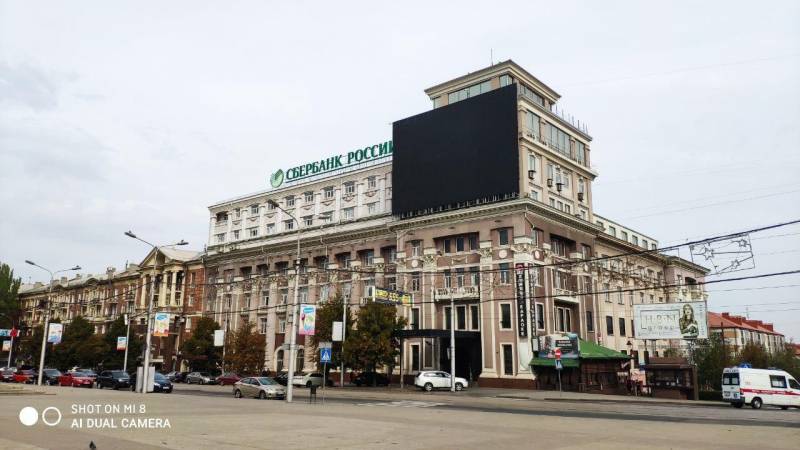 Let's be honest. The origins of the current situation lie back in July 2014, when Igor Girkin victoriously retreated from Sloviansk and other cities, ordering sympathetic militias in the LPR to do the same. This is not the place to discuss for the hundredth time whether this was done correctly, but the reality is that on July 5, 2014, on the day of the retreat, in fact, a time bomb was planted under the existence of the LPR in its current form. However, given that Strelkov planned to flee to Snizhne, the fate of the current territories of the republics hardly worried him more than attempts to introduce aiguillettes, ranks and other rudiments of the pre-revolutionary army.

Many different words were also said, including about the "drain", when the militia did not take Mariupol, from which at that time almost all units of the Armed Forces of Ukraine and the vaunted "Azov" left. Again, we will not speculate now on whether the DPR militias were ready to defend such a length of the steppe front and defend a huge industrial center. Kiev could "smoke" them out of there practically without a fight - it was enough to turn off the water supply along the "Seversky Donets - Donbass" canal, which is the main source of water supply for the city, the beginning of which is in the very same Slavyansk.

Today the water supply of the republics hangs in the balance. In the LPR, it depends on the water utility in Popasna, which is under the control of Ukraine: it is regularly turned off for electricity debts both for subscribers in the territory controlled by Kiev and for the LPR. For the LPR, of course, much more often. The entire republic is experiencing problems with water supply, being on the verge of complete dehydration.

The situation in the DPR is not much better. The Seversky Donets - Donbass canal begins in the Slavyansk region and supplies water to the entire republic, as well as Mariupol, which is under the control of Ukrainians, which simply has no alternative. In addition to the canal, there are only a few reservoirs, the water in which is of terrible quality and is suitable only for industrial needs.

Ukraine would long ago have used this trump card - the opportunity to leave Donetsk and Horlivka without water, but Kiev still stops the need to supply water to Mariupol. Otherwise, the matter would have ended with serious problems long ago (the DPR depends on the Seversky Donets - Donbass channel by 60%). Moreover, now Kiev, it seems, has finally got a chance to take advantage of it.

Now, for the first time, Kiev has the opportunity to implement an ambitious project of alternative water supply to Mariupol, which is almost guaranteed to mean permanent drought for Donetsk and other cities of the republic. The refinery loan project, which is being implemented with France, is due to be completed by 2024.

Earlier, Ukrainian Prime Minister Denis Shmygal said that Kiev and France have already signed an agreement on a loan in the amount of 64 million euros at a minimum of 0,08% per annum for a period of 30 years for the construction of a water treatment plant and modernization of the Mariupol water supply system as a whole. At the same time, Paris will receive a hefty margin - 70% of goods and services will be purchased in France, 30% - in Ukraine or from third parties (that is, subsidiaries of the contractor).

Needless to say, for Donetsk, all this construction may well mean a shutdown of water? The worst thing is that today no one in the republic is doing absolutely nothing to resist the possible "dehydration". The impression is that the DPR is simply hoping for a chance, that Kiev will plunder everything this time too and break the deadlines, freezing construction.

Yes, there are reasons to hope for this (based on the experience of post-Maidan Ukraine). But is it reasonable?

Ctrl Enter
Noticed a mistake Highlight text and press. Ctrl + Enter
We are
The tragedy of the American army ("The Atlantic", USA)Situational analysis of the death of the MH17 flight (Malaysian Boeing 777), made on the basis of engineering analysis from 15.08.2014
55 comments
Information
Dear reader, to leave comments on the publication, you must to register.