New reason for criticism of the SP-2 in the European press: Germany did not check the calculations of Russia 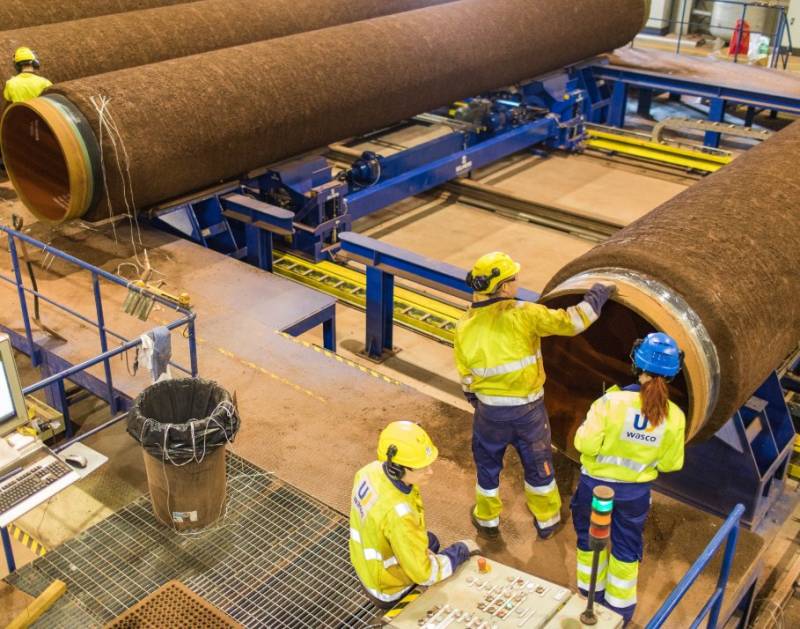 Opponents of Nord Stream 2 have found a new reason to find fault with the gas pipeline. Now they accuse the German government of not verifying the data provided by the Russian side.


The German newspaper Tagesspiegel published a material stating that the Ministry of Economy of the Federal Republic of Germany, defending the expediency of building a gas pipeline, relied only on data from Russian companies. This version was readily picked up by the Polish media Do Rzeczy, which is also not surprising, given that the United States is now using Poland as one of the main instruments of its political influence in Europe, and Warsaw follows the interests of the United States even to the detriment of its own economic interests.

It all started when the German MP Oliver Krischer, who represents the Green Party in the Bundestag (and the Greens, as we know, are actively used by the United States in the fight against Russian interests), submitted a request on whether Germany could do without Russian gas.

The German Ministry of Economy gave an answer based on calculations by Nord Stream 2 AG, based on which Europe's gas needs will increase by an average of 100 billion cubic meters per year. Recall that SP-2 will allow to supply to Europe up to 55 billion cubic meters of gas per year, while some more Russian gas will continue to flow to European countries through other gas pipelines.

However, according to the German and Polish press, the specialists of the Ministry of Economy of the Federal Republic of Germany did not check the calculations made by a Russian company interested in the project (Nord Stream 2 AG is a subsidiary of the Gazprom corporation). This circumstance gave rise to further claims both to the gas pipeline and to the actions of the German government.

However, as we see, when there are no real reasons to oppose Nord Stream 2, its opponents begin to cling to even such minor reasons. What would an audit of the calculations of a Russian company change, even if the German government ordered an independent examination of these calculations from some third-party organizations? Europe's demand for gas is growing - this is an objective fact.

These same environmentalists should understand that gas is replacing less environmentally friendly fuels from petroleum products in vehicles. It is not for nothing that Klaus Ernst, chairman of the committee on economics and energy in the German Bundestag, not so long ago said that Nord Stream 2 would make a great contribution to ensuring energy security in Europe and help implement the “hydrogen strategy”, about which German authorities are talking a lot now.

Many independent experts say that it is Germany that will become the main beneficiary of the construction of Nord Stream 2, excluding Russia, of course. Gas will be supplied to the FRG and the prices for this type of fuel may indeed go down. In addition, countries connected to the German gas system, such as the Netherlands, Denmark and even Poland, one of the most ardent opponents of the SP-2 launch, will also benefit.

However, what is the benefit of the population and even the economy if American economic and political interests in Europe are at stake? Therefore, for critics of the gas pipeline, the main thing is to prevent its construction so that the United States can sell its LNG in Europe. For the sake of dominating the EU fuel market, Washington has used all its capabilities - from sanctions to provocative articles in the European press.

But it is clear that Germany is not going to abandon the gas pipeline, which is profitable for it. It is unlikely that even if the Federal Chancellor is replaced, Berlin will take such a harmful step for itself as refusing to launch SP-2.

Ctrl Enter
Noticed oshЫbku Highlight text and press. Ctrl + Enter
We are
Reports from the militia of New Russia for 27-28 September 2014 of the yearYuri Drozdov: Russia prepared the role of the sacrificial calf
66 comments
Information
Dear reader, to leave comments on the publication, you must to register.