Libyan conflict frozen in precarious balance: no peace, no war 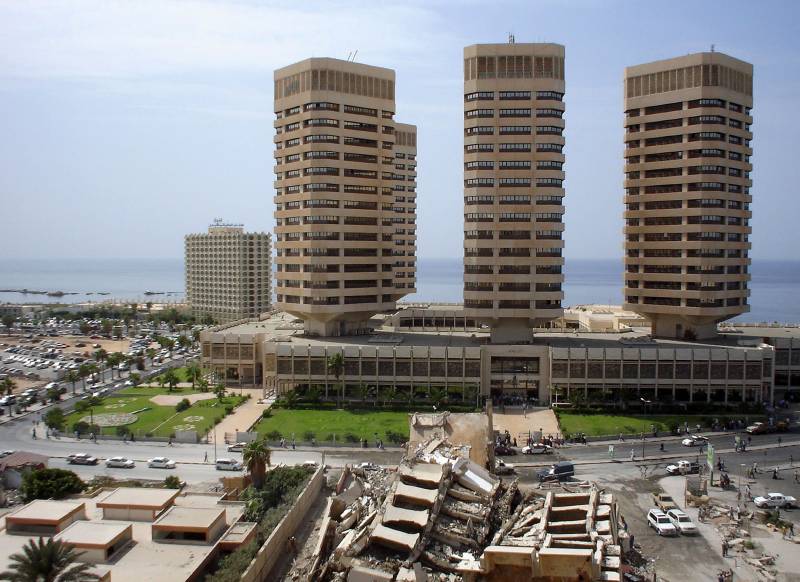 While the attention of the world community is drawn to the alarming events around Nagorno-Karabakh, other “hot spots” on the planet, unfortunately, have not disappeared either. One of these places is Libya, today frozen in an alarming pause between war and peace.


As a matter of fact, the calm that has come in a country torn by many years of war is due to several factors. First of all, these are political changes. The firm intention, voiced by the head of the Government of National Accord (PNC) of Libya, Faiza Saraja, to retire by the end of October and officially transfer power to some new "executive body" by some supporters of the Libyan National Army (LNA) is perceived as the first step of the PNC, if not to surrender, then to significant softening their positions. First of all, to abandon a tough confrontation with the LNA and too close cooperation with Turkey.

By the way, Ankara immediately expressed "great regret" about Saraj's plans. Obviously, they understand that the next leader in Tripoli, no matter what he is called, may turn out to be less accommodating. However, it is hardly worth talking about the unilateral surrender of the positions of one of the forces leading the confrontation in the periodically entering a complete military and political deadlock in the Libyan conflict. Almost simultaneously with Saraj, representatives of the interim government, which controls the east of Libya, announced their intention to resign. Obviously, we are talking about some kind of global reformatting in both warring camps. Khalifa Haftar, however, is clearly not going to leave his post as commander-in-chief of the LNA.

The goal of large-scale changes in leadership, most likely, may be to find ways to get out of the protracted crisis, which is gradually driving the once prosperous state almost into the Stone Age. One of the major efforts being made today to advance in this direction is to unblock the production and export of oil from the country - the only resource that can somehow replenish its treasury. The most important thing here is the achievement of a number of agreements between the opposing parties both on the distribution of oil revenues and on the settlement of other controversial issues. According to the most daring forecasts, we can even talk about the unification of the budgets of the eastern and western parts and, if not about their political reconciliation, then at least about economic cooperation.

To a large extent, the cessation of hostilities in Libya is also facilitated by the recently intensified diplomatic contacts on this topic between Ankara and Moscow. The Turkish Foreign Ministry has recently stated that the countries are "close to agreeing on all parameters of a ceasefire" in the Libyan conflict. Obviously, there is still reason for optimism, since the head of the Russian diplomatic department, Sergei Lavrov, not so long ago spoke about the possibility that "soon" the Russian embassy will be reopened in Tripoli.

Both the Turkish and Russian sides should hurry up with the settlement of controversial issues concerning the interests of both countries in Libya, since another force in the person of the European Union is increasingly trying to intervene in the matter. The head of the local diplomacy, Josep Borrell, openly announced Brussels' desire to deploy at least a group of military observers on the territory of Libya. According to Borrell, solely for overseeing the observance of the ceasefire and with the aim of "raising the EU's authority in the international arena."

However, everyone understands perfectly well that what starts with "monitoring" may well eventually result in attempts at massive military intervention. And, by the way, in the same European External Relations Service, which is currently developing such projects, they are talking about the possibility of introducing into Libyan territory an "EU military contingent" numbering 5 or even 10 thousand people. A bit too much to watch, isn't it? However, we are talking about the prospect: to carry out, to the extreme, the intervention resembling the introduction of troops now, while the situation is still explosive, the European military consider it madness and completely unjustified risk.

But everything can change. And the Libyan people, whose country was just destroyed as a result of the NATO intervention in 2011, do not need such prospects at all. The more foreign soldiers and militants on this long-suffering land, the further it will be from the long-awaited peace.

Ctrl Enter
Noticed oshЫbku Highlight text and press. Ctrl + Enter
We are
Where did Russian planes come from in Libya?Libya: after Gaddafi
15 comments
Information
Dear reader, to leave comments on the publication, you must to register.