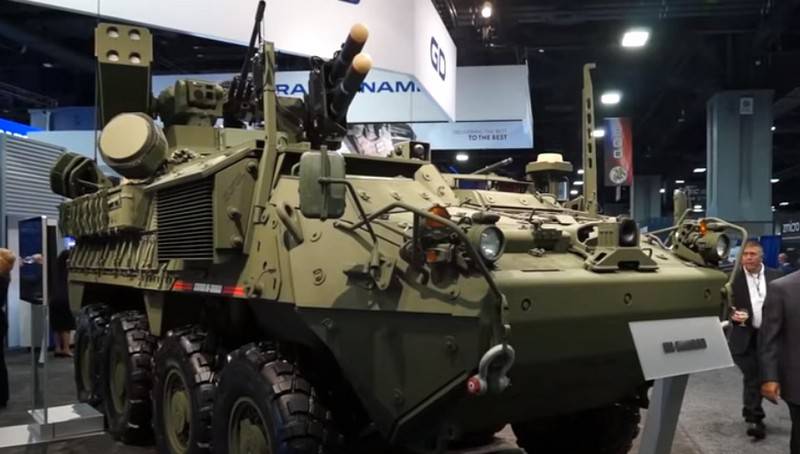 The US Army has selected the supplier of a new maneuverable short-range air defense system (IM-SHORAD). As reported by defense-blog.com. The Pentagon has signed a contract with General Dynamics under the Stryker MSL program.


As part of the tender for the supply of the American army with a new maneuverable air defense system based on the Stryker armored personnel carrier, Boeing and General Dynamics presented their systems, the choice of the US Department of Defense fell on General Dynamics. As part of the signed contract, the company begins pre-series production of new IM-SHORAD combat vehicles.

The deadline for the contract is September 30, 2025, the total number of ordered cars has not been reported. It is known that at the first stage, funds are allocated for the production of 28 machines with subsequent renewal. Earlier it was announced plans to supply up to 144 IM-SHORAD systems. 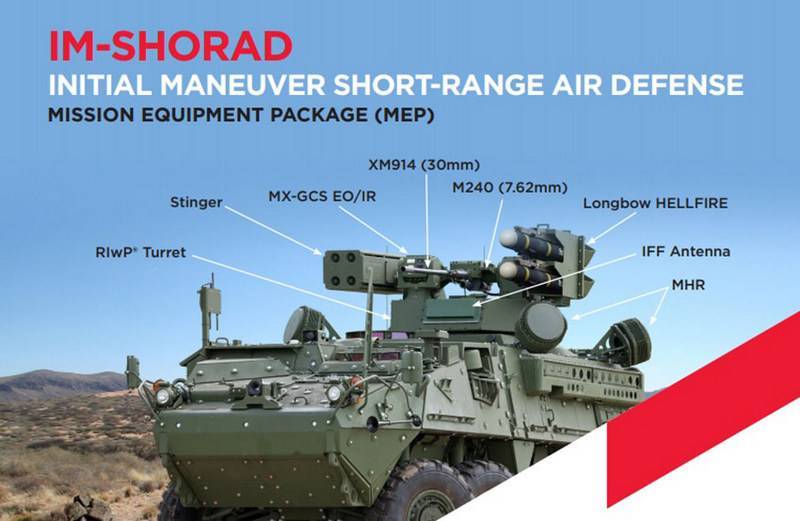 The first vehicle under the contract will roll off the assembly line in about 18 months, the first battalion set (32 vehicles including prototypes) should be ready by September 2021.

The complex should protect Stryker mobile teams both on the march, and on the battlefield, or at a temporary or permanent location. New mobile air defense systems should make up for the possible shortage of air defense and missile defense.

Ctrl Enter
Noticed oshЫbku Highlight text and press. Ctrl + Enter
We are
Russia firmly occupies a place in the global arms market 2 and will maintain its position in the foreseeable future.Armored Vehicles Market in the Middle East in 2005-2012 and forecast for 2013-2016
17 comments
Information
Dear reader, to leave comments on the publication, you must to register.