Russia is trying to revive the microelectronics industry: on the opportunity to take a position in the world market 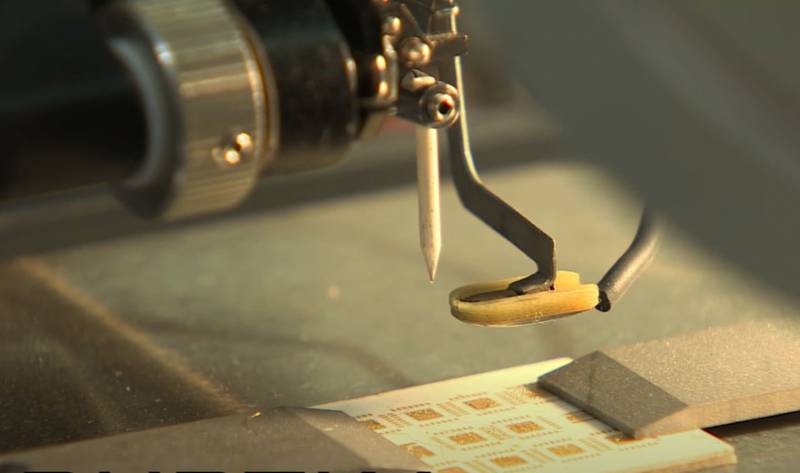 Prime Minister Mikhail Mishustin visited a semiconductor plant in Yoshkar-Ola. There he admitted that not everything has been going smoothly in the radio-electronic industry since Soviet times, but now the state is ready to invest huge funds in support of the restoration of domestic microelectronics.

We are talking about many billions of rubles, which the government is ready to allocate from the budget to stimulate the development of the industry and gradual import substitution. So, the figure is called 266 billion rubles until 2024. However, this money may turn out to be insufficient: according to the roadmap developed by Rostec, no less than 798 billion rubles will be required to modernize Russian microelectronics in the named period of time.

Russia accounts for only 1% of the global radio electronics market. China, Taiwan, South Korea, Singapore, Malaysia and the USA are the leaders of the world market of microelectronic components and, in the foreseeable future, will remain. Japan and European countries follow with significant lag.

There are practically no opportunities for the production of integrated circuits in our country, and this is due to the enormous intellectual potential of our country, while the high quality of technical education remains high. Now Russia, according to Deputy Prime Minister Dmitry Chernyshenko, even its own needs in microelectronics can cover only 10%. There is a complete dependence of the Russian microelectronics market on foreign suppliers, primarily Japanese and American.

In mid-September, Rostec Corporation presented a roadmap, which speaks of the need for the priority development of two areas of microelectronics. First, it is the development and production of chips with topological norms of 65 (55) nm, 28 nm, 14 nm. 14nm chips are used in the iPhone 6s, which has been on the market since 2015. More modern iPhones are already based on a 7 nm topology. Secondly, we are talking about memory chips for solid state drives in 96 layers and a technical process of 25-30 nm.

The small share of Russian microelectronics that is exported is mainly for military products. Our country has a huge gap in civil microelectronics, which is filled by imports in the market.

Now the largest Russian manufacturer of microelectronics is the Mikron Group of Companies, which is the leader in the domestic semiconductor industry. Micron manufactures over 700 types of products, including integrated circuits used in secure storage media, identification documents, and power management. NIIMA Progress is engaged in the development of digital chips.

Will Russia be able to overcome its technological backwardness?

Rostec believes that the policy of state protectionism, including large-scale investments, will allow to saturate the domestic market with domestic microelectronics for civilian use by 2024. But the roadmap itself raises many questions. For example, 14nm chips have been used in iPhones since 2015. By the time Russia, even following optimistic plans, sets up their production, they will be completely outdated, with a ten-year history.

In the United States, construction of a 5nm-based factory is slated for completion between 2024 and 2029. This enterprise will be launched by the Taiwanese corporation TSMC, which is considered the world's largest processor manufacturer. Therefore, even the development of Russian 14 nm chips by 2024 will not solve the problem of the technological backwardness of domestic microelectronics. And it will be extremely difficult to expand your presence in the global market.

The availability of production facilities that could allow Russia to produce its own civilian microelectronics also raises questions. The country simply does not have the equipment for its production, and the intellectual potential of competent Russian specialists alone cannot correct the situation.

In addition, one should not forget about the negative factors of the current time, which may become an obstacle to the accelerated development of the industry: the coronavirus pandemic and currency inflation have made their own adjustments to the Russian economy. If domestic microelectronics had a level comparable to that of Chinese, Taiwanese, and Japanese, the world economic crisis, on the contrary, would benefit the increase in Russian exports. But at this stage, the pace of development of the industry, on the contrary, may decline.

Ctrl Enter
Noticed oshЫbku Highlight text and press. Ctrl + Enter
We are
Situational analysis of the death of the MH17 flight (Malaysian Boeing 777), made on the basis of engineering analysis from 15.08.2014Results of the week. "God forbid to see Russian revolt, senseless and merciless!"
146 comments
Information
Dear reader, to leave comments on the publication, you must to register.