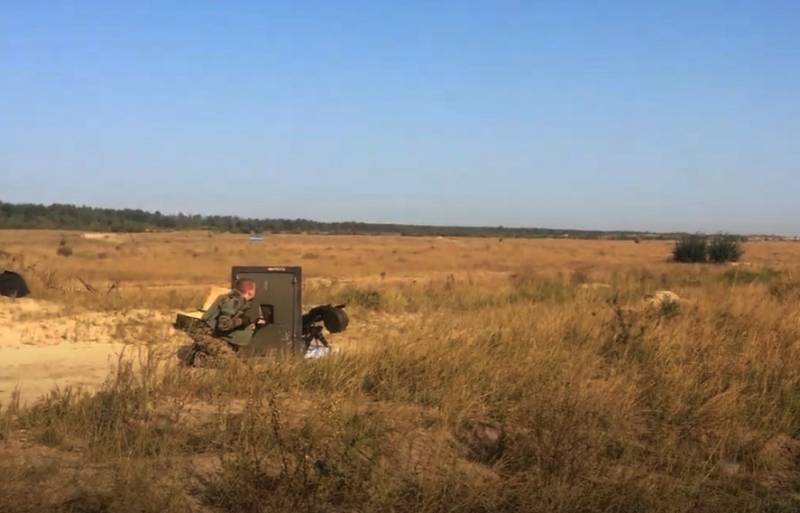 In Ukraine, tests were carried out of a 30-mm automatic grenade launcher KBA.117-02, created by the DP Artillery Armament Design Bureau. It is an infantry weapon modification widely used by the Ukrainian defense industry in combat modules.


KBA.117 is an analogue of the Soviet AG-17, designed for installation in combat modules. This version of the grenade launcher has no aiming devices and manual release. The KBA-117 grenade launcher was officially adopted by the Armed Forces of Ukraine in 2019.

Taking into account the repeated appeals of the leadership of the Armed Forces of Ukraine and the military, KBAV specialists have modified the "modular" version of the grenade launcher to the infantry, easel version.

Type tests of the KBA-30 117.02-mm automatic easel grenade launcher have already been successfully carried out at test range 169 of the Desna training center of the Ground Forces of the Armed Forces of Ukraine.


During the tests, shooting (just in case) was carried out because of the armor plate.

The KBA-117 automatic grenade launcher is designed to destroy enemy manpower and fire weapons deployed behind shelters, in open trenches or trenches, as well as behind natural terrain folds. Shooting from it is carried out along a flat or hinged trajectory with single or automatic fire.

We will remind that earlier in Ukraine they tested and introduced into the troops the Hammer mortar. After being put into service with the Armed Forces of Ukraine, it turned out that mortars of this low quality - there were several cases of rupture during the firing.
Ctrl Enter
Noticed oshЫbku Highlight text and press. Ctrl + Enter
We are
Summary of the week from voenkor Mag about events in the DNI and LC 21.04.18 - 27.04.18Summary of events in the DPR and LPR for 14.04.18 - 20.04.18 from the military commissar "Mag"
37 comments
Information
Dear reader, to leave comments on the publication, you must to register.