If a pedophile is a human rights activist, then this is the intrigue of the special services 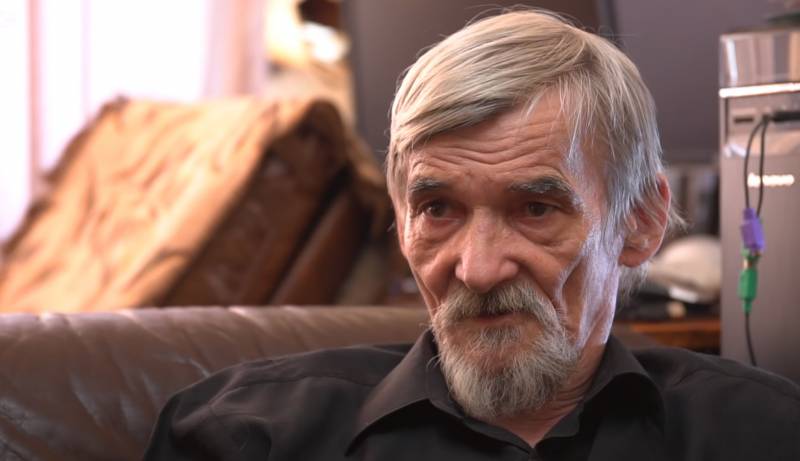 Have you ever been to a swamp? Not where the water chomps underfoot and it's just unpleasant to walk. And even then only in the rainy autumn season. But in the present, with methane emissions, the stench from rotting plants. With swamps and islands of solid earth, with windows and floating mounds of grass. On where the frog on an unknown plant belonging to the leaf does not jump in panic into water or mud, but looks at you with contempt and regret?


Swamps, where it is obligatory, even if you know the path, you will find yourself in a disgusting slurry only because for some reason some bump will be higher than the others and the leg will slide down without finding support. And then, on solid ground, you will wash off the black slime from your clothes for a long time and finally spit on this stupid activity, having got used to the smell of the swamp. You will simply become a part of this swamp. Like frogs, leeches, moose philosophers standing in a swamp.

Today I just got to the swamp. But a completely different swamp, a swamp of human immorality, a swamp of human dishonor, a swamp of human meanness. Today I read another tearful letter from our liberal "elite of society" in defense of the illegally repressed human rights activist. This time it is not the "great actor" Efremov, but the "Russian historian" and the enemy of the "descendants of the NKVD executioners" Yuri Dmitriev.

Local historian with a strange love for children

Former head of the Karelian branch of the "Memorial" society, "historian" with incomplete secondary medical education, a person who went through the camp, though not for his political activities, but for a banal fight, and ... a pedophile. Now, after the decision of the Supreme Court of Karelia, we can speak about it directly. In the circles of our protectors for the people, he is known for finding the burial places of the victims of the repressions of the 30s in Sandomakh and Krasny Bor, and even published two books on this issue.

In 2016, a criminal case was opened against Dmitriev on charges of producing child pornography involving an adopted daughter and sexual abuse of his daughter. Naturally, Dmitriev did not do anything like that. Photos of a naked girl are just photographic documents for possible questions from the guardianship authorities.

An aunt comes from the authorities with the accusation that the stepfather beats his stepdaughter, and he gives her a photo of a naked girl! .. Please, not a single bruise in any intimate place! These are not my inventions, this is the real version of the defense that worked at the first trial! The court in Petrozavodsk recognized this nonsense as true!

But the second explanation did not work. Sorry for the intimate details, but the stepfather periodically checked the girl's crotch due to the fact that at the age of 8-9 years she had enuresis. So Dmitriev had to constantly feel his panties. Suddenly they were damp. A very caring stepfather. But the court believed this only twice. In 2018, at the third court, Dmitriev still received a term “below the minimum” - 3,5 years in a strict regime colony for acts of a sexual nature against a minor.

And how basely these descendants took revenge. The man who found the executed victims of terror was brought under an ugly article. But everyone understands that there was no such crime. This was proved by independent experts. And the court for some reason believed the addicts ... What is this if not the dictatorship of the FSB? I wrote it myself and felt ashamed of those who spoke and wrote this quite seriously.

But justice still prevailed. On September 29, the Supreme Court of Karelia revised the sentence to Yuri Dmitriev and sentenced him to 13 years in a strict regime colony!

What birches cry about

I forgive the birches. It will be about the reaction to the verdict of our liberals today. It is no different from the one two years ago. Everyone blows their own tune. Only now, instead of music, you get a cacophony. Or just cocoa. To begin with, an excerpt from the letter of this very intelligentsia to the chairman of the Supreme Court of Karelia Anatoly Nakvas:

Tell me, how is it at all possible that during a hearing on such an important case in the Supreme Court of the Republic the sound does not work or does not work well, and the defendant actually remains without competent protection? And how is it possible to suddenly appoint a new examination of photographs in a pornography case, in which Dmitriev is TWICE acquitted?
Is it possible that the numerous examinations at the Serbian Institute, a specialized psychiatric hospital in St. Petersburg, which proved the complete absence of "pedophile" thoughts and sexual deviations in Dmitriev's behavior, taken by the courts of first instance, are empty words for the court of appeal?
Just as the opinions of photography experts, among whom were employees of the State Hermitage, candidates and doctors of sciences, who did not see anything pornographic in the photographs, turn out to be an empty sound?
Interesting? The judge acts quite legally and does not violate any laws. Only from the point of view of our liberals, none of this is needed. Simply put, liberals dictate terms to the court. This is possible, but let it remain as before?

Nikolai Svanidze spoke about the insidiousness of the FSB:

... because in political matters we actually get the impression that the Federal Security Service is in charge of the court. So she guided them. That is, she reviewed the case and dictated a new verdict to the court, which suits them. From three and a half years they had already served, they turned into 13 years of real strict regime.
And how much care for Dmitriev's stepdaughter! The fact that it was not the stepfather who broke the girl's life, but the court is breaking. Nobody would know about these photos and bedwetting tests, and everything would be fine. And these monsters from the FSB posted the photo for the court to review. Here is what Lev Schlosberg wrote about this:

Once again, it should be recalled that according to the photographs, which were used as evidence of guilt, there were expert opinions not in favor of the prosecution, and most importantly, the words of the stepdaughter herself that it was not Yuri Dmitriev, but the case against him that was breaking her life.
There are many quotes. But do not waste your and your time on them. Another thing amazes me. To what degree of baseness must one reach to justify a pedophile! There are crimes for which even criminals hate. Imagine a criminal who himself committed a crime, quite possibly, even more than once, despises another criminal for what he has done!

Why do people sell their reputation

Everyone is accustomed to the fact that our liberals are periodically poked in their feces with the muzzle, like naughty kittens. Even they themselves perceive it as one of the costs of the "struggle for freedom." The stupid people, brainwashed by the TV and intimidated by the special services, at the behest from the Kremlin, “stigmatize” and “condemn”. But in fact, somewhere out there, deep in his soul, he admires the courage and heroism of such people.

And they are very surprised when it turns out that this very people does not go to demonstrations "in defense ...", to "peace marches ..." and other freedom-loving events. Moreover, he periodically beats the wrestlers in the most popular way. Fist in the face.

No, it’s not the people who do not understand anything, it is, on the contrary, “all too literate”, as one familiar tradeswoman said in the market after another scandal over the body kit of buyers. I do not want to comment on one message of Echo of Moscow. I think, quoting "Novaya Gazeta", the journalists of "Echo" did not even think about "too literate". We are talking about France and Germany:

The joint statement of the ombudsmen of the two countries was published on the website of the German Foreign Ministry, Novaya Gazeta writes. It says that the decision of the Supreme Court of Karelia, which sentenced the head of the local branch of Memorial to 13 years in prison, "is far from being impartial." Europe believes that this verdict is “a new attempt to silence those who want to disclose historical crimes in Russia, to preserve the memory of the Stalinist terror.
How simple everything is. Contrary simple. “Russian zoldat, surrender! We guarantee you a bowl of soup and a loaf of bread! " Modern Vlasovites ... For a piece of bread ...