The combat crews of the S-300PT / PS of the Armenian Air Defense Forces are preparing for the worst-case scenario. What is fraught with the involvement of the Azerbaijani Armed Forces with ballistic missiles LORA and KR SOM-1B? 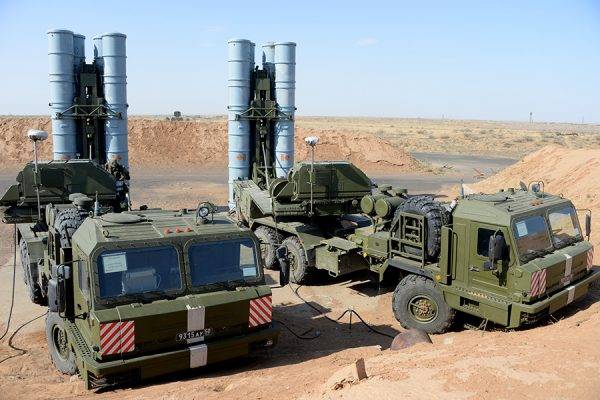 Against the background of a noticeable complication of the operational-tactical situation in all sectors of the Nagorno-Karabakh theater of operations, as well as every day more and more pronounced positioning of Ankara as a key party to the Karabakh conflict for the Ministry of Defense of Armenia and the command of the NKR JSC, the issue of the effectiveness of those several anti-aircraft missile divisions S-300PT / PS, which, according to competent sources, could be transferred to the area of ​​Khankendi airport (Stepanakert).


The answer to this question is hidden both in the terrain of this theater of military operations, and in the features of the semi-active radar principle of guidance of 5V55R anti-aircraft missiles, used in the weapons control systems of anti-aircraft missile systems of the S-300PT / PS line. So, in the case of the deployment of S-300PT / PS divisions (including antenna posts 5N63-1 / C with radars for illumination and guidance 30N6E) in the low-plain areas of the Nagorno-Karabakh theater of operations, combat crews of the Armenian "three hundred" will be able to intercept only those airborne - a space attack by the Azerbaijani and Turkish air forces, which will approach the target areas along ballistic (at a dive angle of no more than 64 degrees) and flat trajectories running in the coverage area of ​​the illumination and guidance radars 30N6E.

The list of such objects can be considered, firstly, 301-mm long-range guided missiles of the high-precision MLRS "Polonez", which are regularly supplied to the ground forces of Azerbaijan within the framework of multimillion-dollar defense contracts between Baku and Minsk, and secondly, operational-tactical ballistic missiles (OTBR) LORA, developed by the Israeli aerospace corporation "Israel Aerospace Industries" and entered service with artillery brigades of the Azerbaijan Army in 2018. At the same time, the interception of operational-tactical ballistic missiles LORA can be implemented only in the case of territorial dispersal of two and / or more S-300PT / PS divisions at a distance of about 7 km from each other to cover the "dead craters" (obscure elevation view sectors) above the illumination radars 30N6E, after all, according to advertising infographics from IAI, the terminal section of the LORA OTBR trajectory has an angle of inclination of the order of 88-90 degrees, not covered by the S-300PT / PS / PM1 / 2 air defense systems.

As for low-altitude air attack weapons, including Turkish and Azerbaijani kamikaze drones, F-16C Block 50+ multipurpose fighters operating in terrain enveloping mode, as well as SOM-1B stealth cruise missiles (designed by the Turkish company Roketsan in cooperation with SEC "TUBITAK SAGE"), "creeping" to targets at ultra-low altitudes from 20 to 50 m, then the process of their early destruction by means of "three hundred" in the elevated terrain of Karabakh will be very difficult even if target designation to points of combat 5Н63С controls will be issued by the RLDN A-50U aircraft operating over Gyumri, coupled with the automated control system of the Polyana-D4M1 anti-aircraft missile brigade via a secure radio channel for exchanging tactical information. Why?

Anti-aircraft guided missiles 5В55Р, equipped with semi-active radar seeker, which need continuous target illumination up to the operation of the radio fuse and the initiation of the warhead, are unable to intercept enemy air targets located outside the radio horizon, as well as periodically "diving into the shadows" of the hills, hills and numerous branches of the Karabakh ...

In this situation, regular patrolling of the airspace of Armenia and the NKR by the Su-30SM unit will be most effective, which is capable of both dominating in long-range air battles over the occasionally used Turkish F-16C Block 50+, and intercepting the SOM-1B cruise missiles purchased by the Azerbaijani Defense Ministry thanks to the powerful and anti-jamming airborne PFAR radar N011M "Bars-R" (detecting a target with an image intensifier tube of 0,1 sq. m at a distance of 70-75 km) and long-range air-to-air missiles RVV-SD, whose flight performance parameters significantly exceed the performance of the AIM-120C-5/7 AMRAAM air combat missiles in service with the Turkish Air Force.

Ctrl Enter
Noticed oshЫbku Highlight text and press. Ctrl + Enter
We are
Not only Karabakh will be hit by the SOM-B1 missiles. Is Iskander equalized?Karabakh rift is eternal
119 comments
Information
Dear reader, to leave comments on the publication, you must to register.