Capitals of the Roman Empire 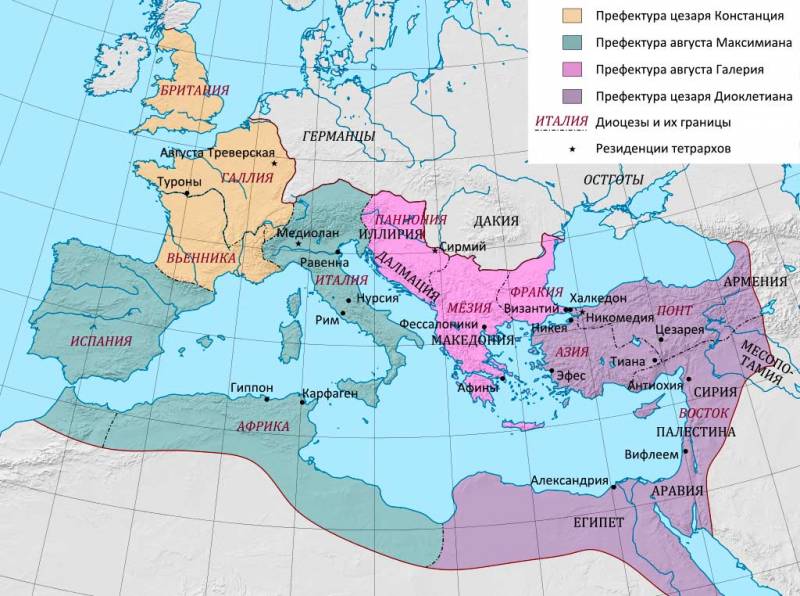 The Roman Empire in the years 293-305 Clarification: during this period, Diocletian bore the title "August", and Galerius - "Caesar"

Perhaps the topic of the article will cause bewilderment among some readers: we are talking about the Roman Empire, which means, as many might think, the issue of the capital is decided unequivocally - Rome. However, the term "Roman Empire" is also ambiguous, and the issue of its capitals is much more complicated than it might seem at first glance.

The tetrarchic system of government of the Roman Empire, introduced by the emperor Diocletian, required the definition of new political centers. Those in 286 became Nicomedia (now Izmit), which Diocletian himself chose as his residence (first August), and Mediolanus (now Milan), which became the residence of Maximian Herculius (second August). In 293, the capitals were determined for their co-rulers, the Caesars: Sirmius (now Sremska-Mitrovica) for Galerius (co-ruler of Diocletian) and Augustus Treverskaya (now Trier) for Constantius Chlorus (co-ruler of Maximian Herculius). 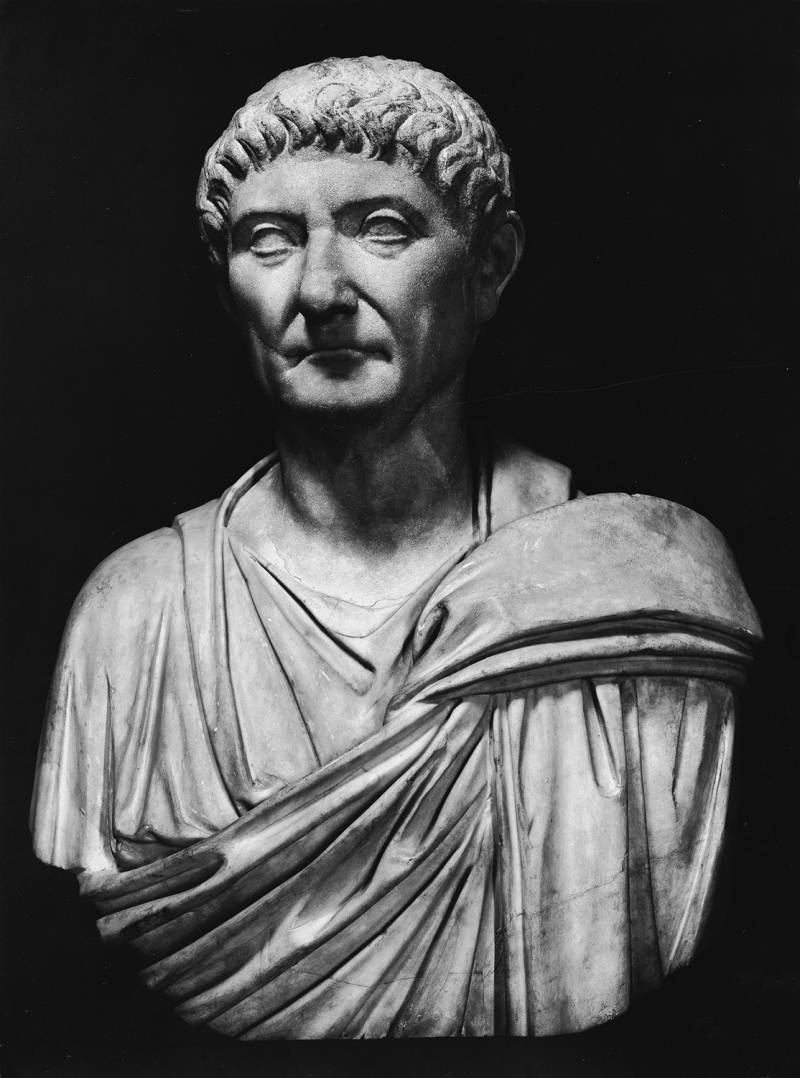 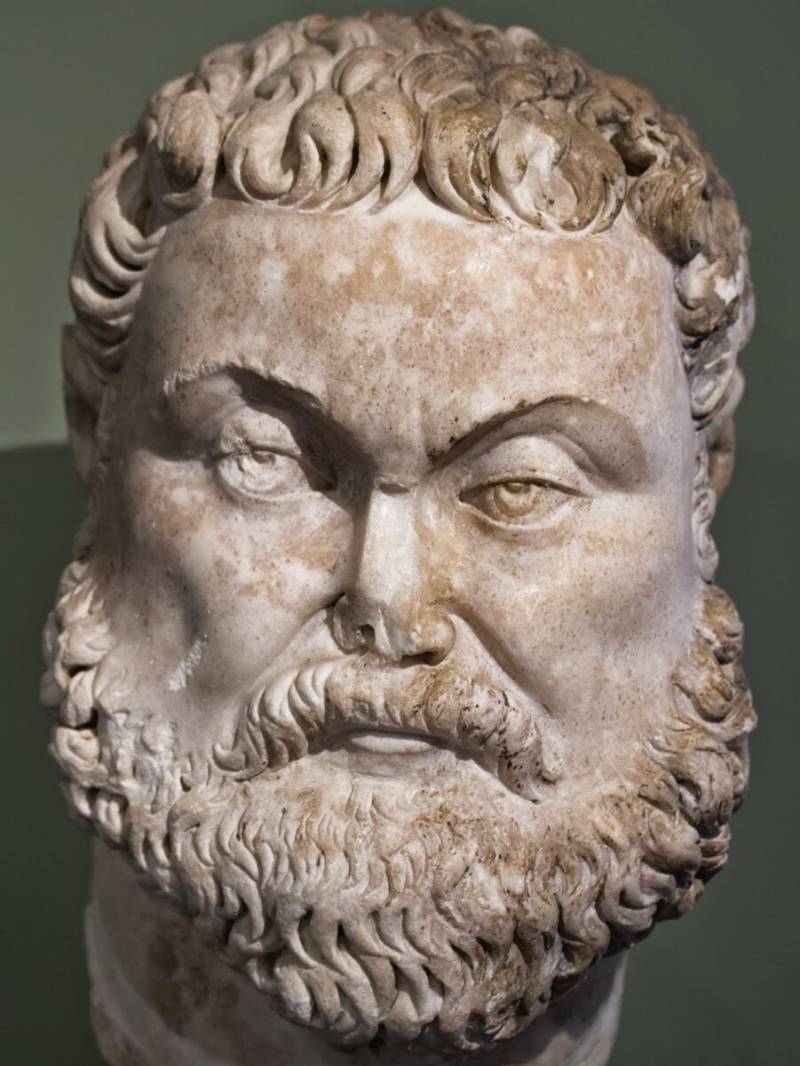 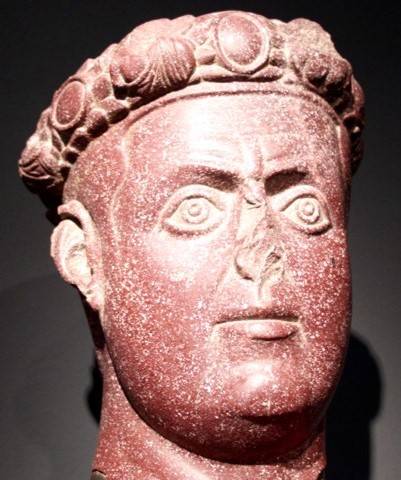 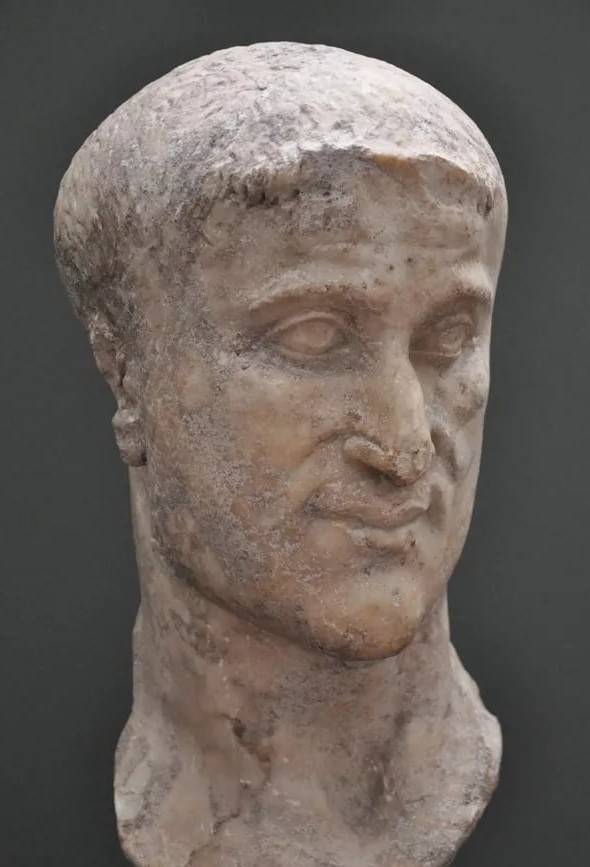 Constance Chlorine
In 305, at the end of their 20-year term of reign, Diocletian and Maximian Herculius, as expected, resigned from their powers and began to lead private life: Diocletian retired to his palace near the modern city of Split (Croatia), and Maximian Herculius - to his villa in southern Italy (later the latter tried to return to power, but this ended in his suicide in 310). Galerius in Nicomedia and Constantius Chlorus in Mediolanum became Augustus, and their Caesars, respectively, were Maximinus Daza, nephew of Galerius, in Sirmium, and Flavius ​​Sever, protege of Galerius, in Augustus of Trever.

But already in 306, Constantius Chlorus died, and Mediolanus became the residence of Flavius ​​Severus, and Augustus of Treverskaya became the residence of Constantine, the son of Constantius Chlorus. Constantine and other contenders for power in the tetrarchy began to challenge the power of Flavius ​​Severus, and he could not survive 307, presumably being killed on the orders of Maxentius, son of Maximian Herculius. 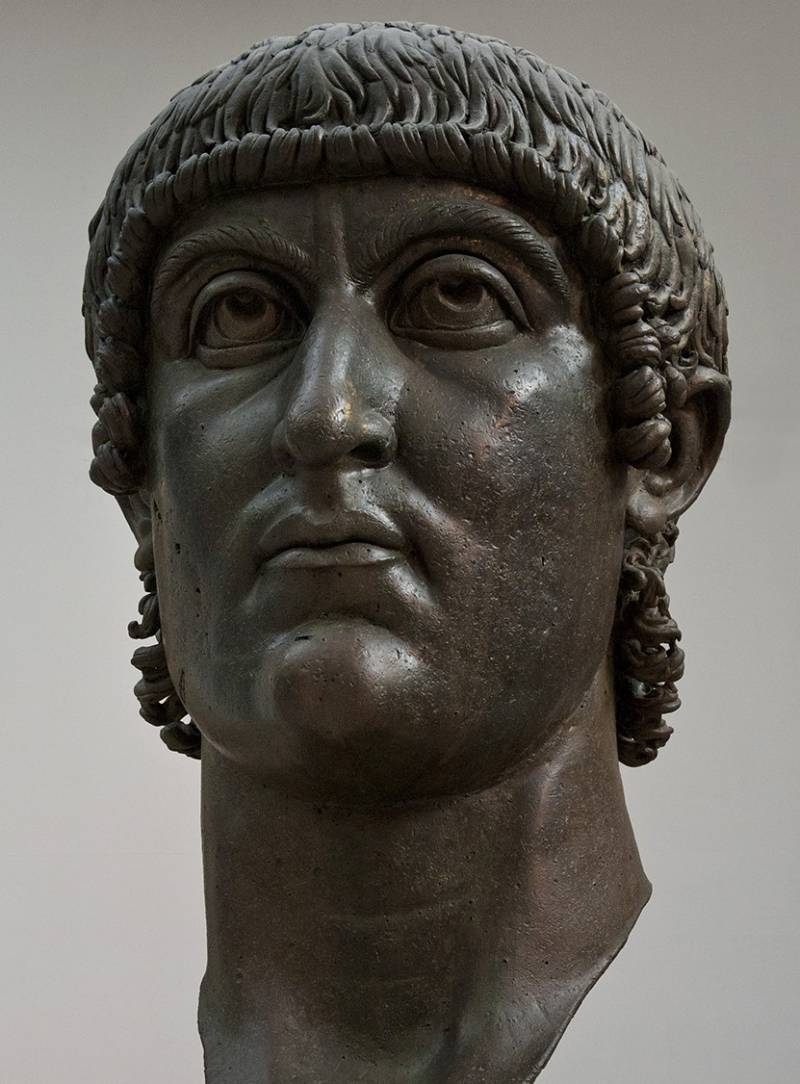 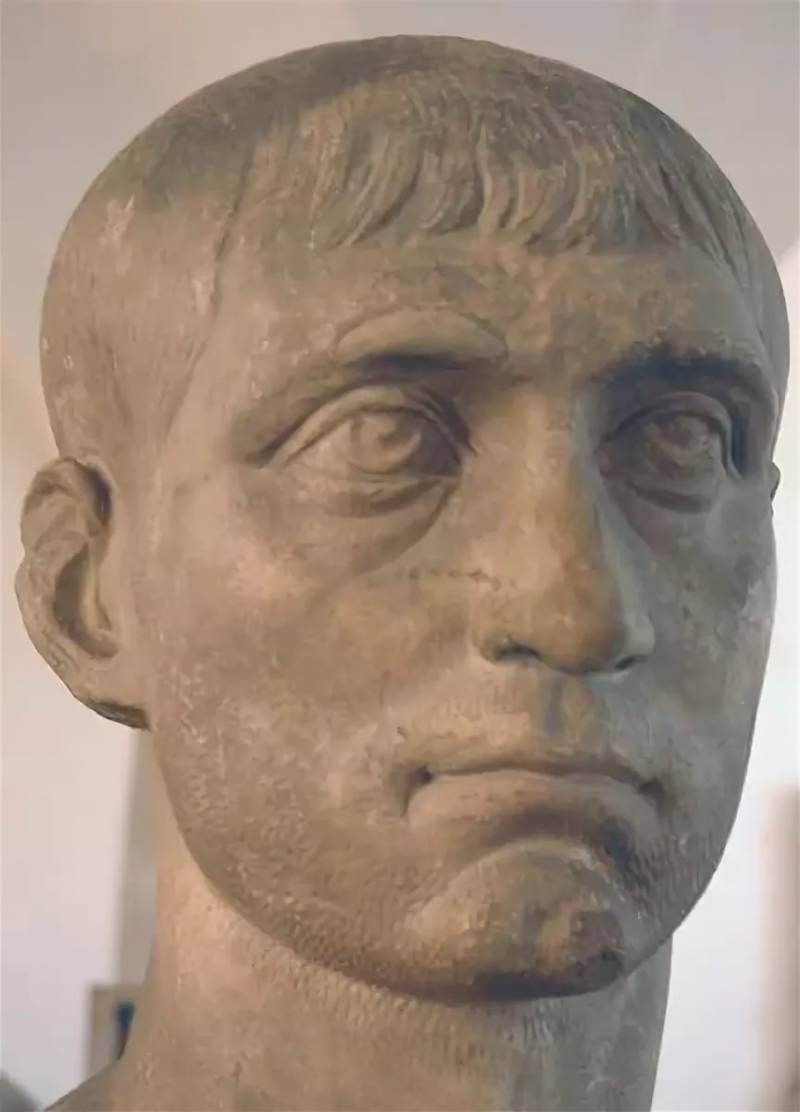 Maxentius
In 308, the situation with the contenders for power became so difficult that there were already four contenders for the August title. Attempts to agree on the division of power did not lead to anything, and a civil war broke out. One of the most important episodes of this war was the victory of Constantine in 312 over Maxentius at the Mulvian bridge, which is near Rome. In memory of this victory, thanks to the chrysma that Constantine saw on their shields, which Constantine saw in a sign before the battle, by the legionnaires of Constantine, he issued in 313 the Mediolan Edict of Religious Tolerance, proclaiming Christianity as the full religion of the Roman Empire.

And in 313, Licinius, another protege of Galerius, defeated Maximinus Daza, who, after the defeat, committed suicide. Thus, in 313, only two political centers remained in the Roman Empire: Mediolanus, the residence of Constantine, and Nicomedia, the residence of Licinius. 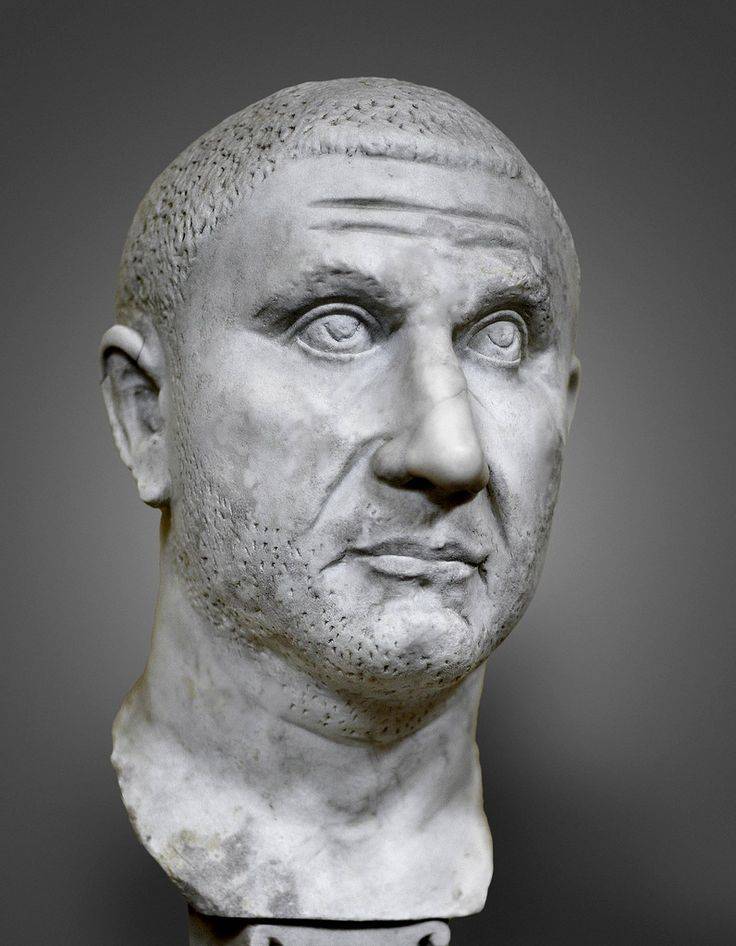 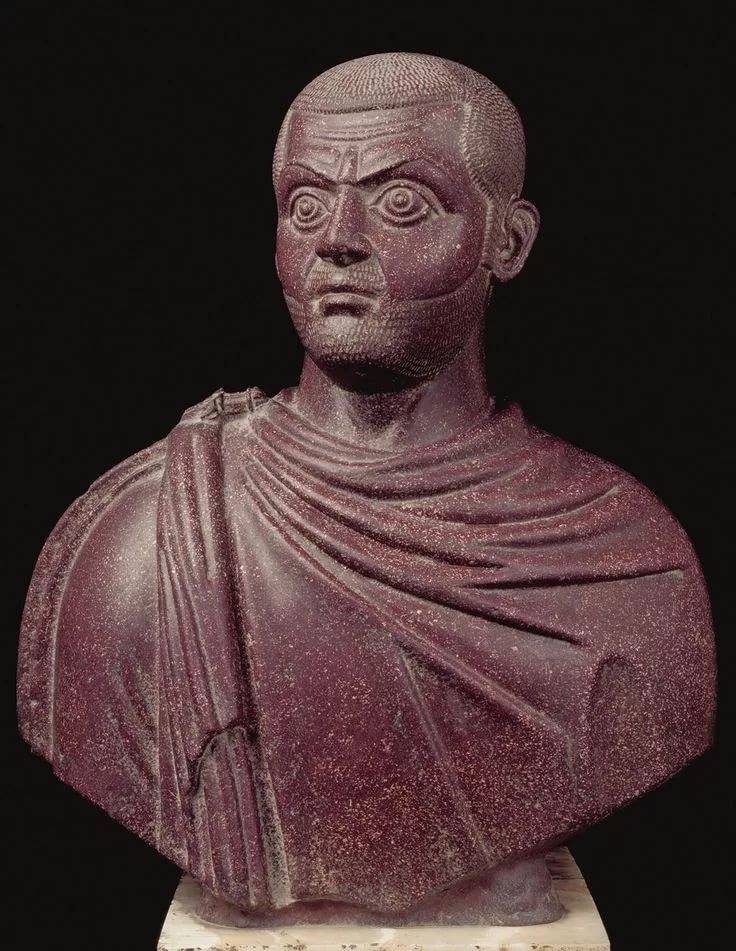 Maximin Daza
In 314, Constantine inflicted the first, and in 324 - the final defeat of Licinius and took his capital Nicomedia. We can say that Constantine returned to the city of his youth: he spent a long time here during the Augustus of the East - Diocletian and Galeria. Here in 337 Constantine the Great also died.

After the victory over Licinius, and perhaps even earlier, Constantine decided to build a new united capital of the empire. Such in 330 was the city of New Rome, built on the site of the ancient Greek colony of Byzantium. The name New Rome did not take root, and the city entered history called Constantinople. In fairness, it must be said that the name given to the city by Constantine himself was preserved in the title of the Patriarch of Constantinople:

Actually, Rome all this time did not remain only one of the cultural and religious, including Christian (the residence of the popes), centers of the empire. In 306-312. The Eternal City was the seat of the self-proclaimed emperor Maxentius, with whom, at the same time in 307-308. acted by his father Maximian Herculius. Together they managed to withstand first against Flavius ​​Severus, and when he was eliminated by them, against Galerius. It is noteworthy that after the victory over Maxentius in 312, Constantine did not stay in Rome, but went to Mediolanus.

Sirmius in 375 was chosen as his residence by Emperor Valentinian, who died the same year. In 379, Theodosius was proclaimed emperor here.

In 395, after the death of Emperor Theodosius the Great, the Roman Empire finally disintegrated into two parts, Western and Eastern, and remained in this state until the fall of the Western Roman Empire in 476. Mediolanus again became the capital of the West, which was such until 402. when the emperor Honorius, fearing the Visigoths, moved his residence under the protection of the powerful fortifications of Ravenna. Here, in Ravenna, in 476, the last West Roman emperor, Romulus Augustulus, was overthrown. It is noteworthy that this very event, and not the capture of Rome in 410 by the Visigoths or in 455 by the Vandals, is considered to be the date of the fall of the Western Roman Empire.

Ravenna in 493-540 was the capital of the Ostrogoth Kingdom. In 540, the city was captured by the East Roman (Byzantine) troops and from 581 was the center of the Byzantine province of the Ravenna Exarchate, until in 751 it was finally captured by the Lombards.

Ctrl Enter
Noticed oshЫbku Highlight text and press. Ctrl + Enter
We are
Holy Roman Empire - the basis of the Western projectDiplomats of the People's Commissariat of Defense: on the eve and during the war
75 comments
Information
Dear reader, to leave comments on the publication, you must to register.