"It would be more stable and safer": Gorbachev told what would become of the world if the USSR was preserved 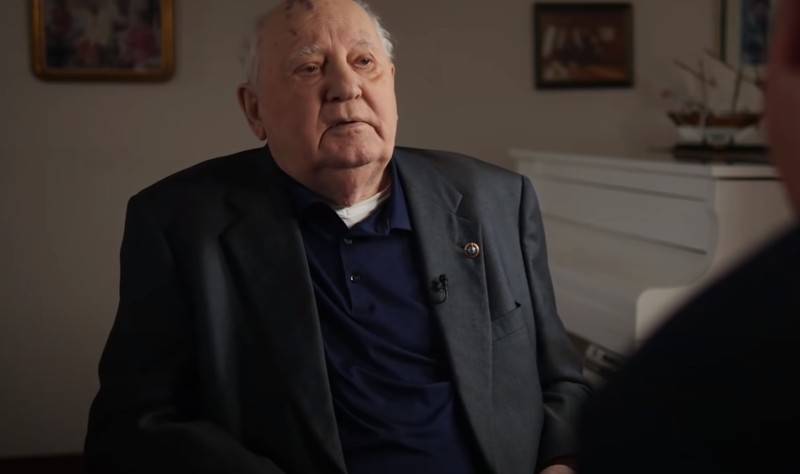 Today's world would be much more stable, safer and fairer if the Soviet Union could be preserved. Ex-President of the USSR Mikhail Gorbachev announced this in an interview with the British edition of The Times.

What the world would look like if the union was preserved - история does not know the subjunctive mood. But I think the world would be better. It would be more stable, safer, fairer
- said Gorbachev.

At the same time, he stressed that the collapse of the Soviet Union was not the "end result" of perestroika, no one, including himself, "did not want it."

Talking about his presidency, Gorbachev admitted mistakes. In his opinion, in the process of perestroika, the reform of the party began too late, the decentralization of the USSR, and "not bold enough" economic reforms were carried out. However, there were also positive results of the policy pursued, among which Gorbachev named: the end of the Cold War, the treaty on nuclear disarmament, new freedoms received by the citizens of the country, including free travel abroad, etc.

The collapse of the Soviet Union, according to Gorbachev, was the fault of radicals and separatists.

And most importantly, we have brought the process of change to the point where it became impossible to reverse it. Therefore, the coup in August 1991 failed. Although the damage from it is enormous: it was a blow to the president and the Union. And then radicals and separatists finished off the Union without thinking about the consequences
- added the ex-president of the USSR.
Ctrl Enter
Noticed oshЫbku Highlight text and press. Ctrl + Enter
We are
Reports from the militia of New Russia for 27-28 September 2014 of the yearYuri Drozdov: Russia prepared the role of the sacrificial calf
75 comments
Information
Dear reader, to leave comments on the publication, you must to register.