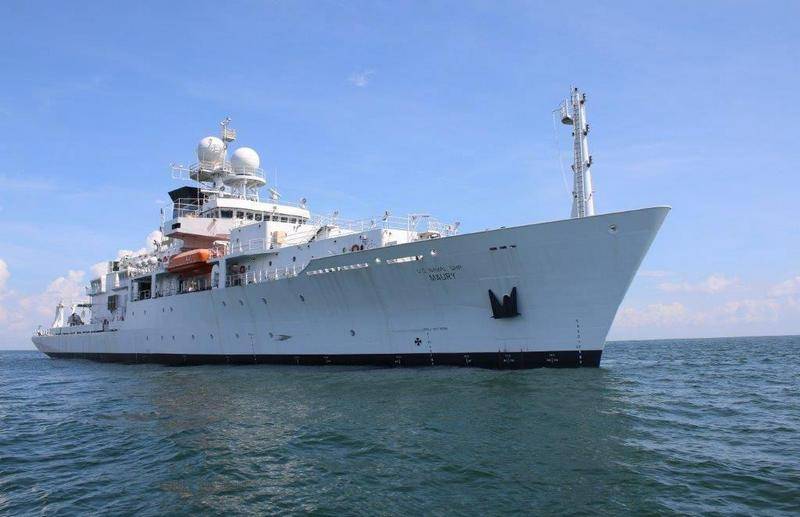 The USNS Bruce Heezer reconnaissance ship entered the Baltic Sea. According to the data of the international ship identification system AIS, after passing the Øresund Strait between Denmark and Sweden, the ship turned off the transponder showing its coordinates.

Bruce Heezer is officially called an oceanographic research vessel and has on board modern reconnaissance and research equipment that allows continuous mapping of the seabed in a fairly wide strip, process the data obtained and immediately transmit it via satellite communications to the Pentagon.

The vessel is reportedly designed to carry out acoustic, biological, physical and geophysical research. The tasks of the ship are: collecting data on the surface and middle water layers and taking the parameters of the seabed in real time both at great depths and in coastal waters. These vessels can place special radio beacons to track the routes of ships and vessels of a potential enemy.

Earlier it was reported about the entry of a similar vessel into the Black Sea.

Ctrl Enter
Noticed oshЫbku Highlight text and press. Ctrl + Enter
We are
Ship dock "Sevastopol" is registered in the AISYuri Drozdov: Russia prepared the role of the sacrificial calf
41 comment
Information
Dear reader, to leave comments on the publication, you must to register.