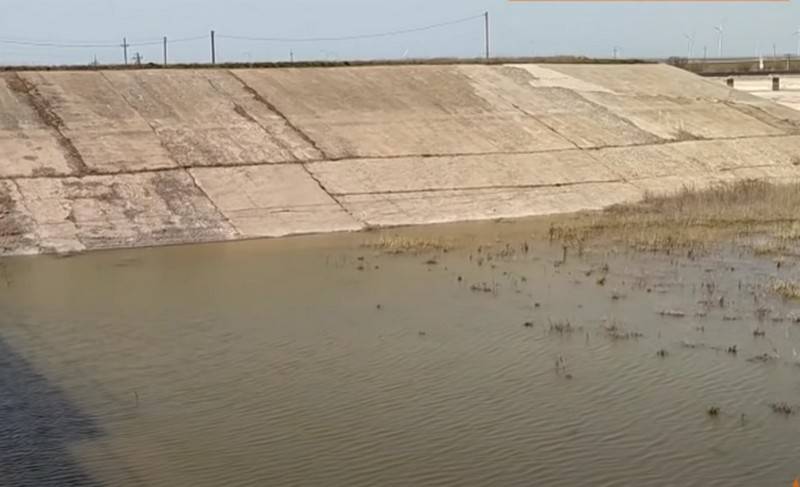 Ukraine had every right to block the North Crimean Canal, through which water entered the Crimea, as it finances this facility. This statement was made by "Permanent Representative of the President of Ukraine in the Autonomous Republic of Crimea" Anton Korinevich.


On his Facebook page, he wrote that Kiev did not block the channel of the Dnieper River, which continues to "flow freely" through the territory of Russia, Belarus and Ukraine, but blocked an artificial structure located on the territory of Ukraine, to which it has every right. At the same time, he stressed that no one blocked access to the waters of the river for people living along its banks.

Ukraine did not block the channel of the Dnieper River, but blocked an artificial technological structure (canal), which is located on the territory of Ukraine, under the jurisdiction of Ukraine and is financed from the state budget of Ukraine. Ukraine has every right to do this. No other state has the right to dispose of the canal, this is a Ukrainian structure, and only Ukraine can determine how to use it
- he said.

Absolutely the same statement Korinkevich published in August last year, also referring to the fact that the channel of the Dnieper is not blocked, but only the canal is blocked, and that Ukraine "has every right to do so."

Note that earlier, up to 85% of the fresh water required for the peninsula was supplied through the North Crimean Canal. This summer, due to the dry season, the water bodies of the Crimea became shallow, and in Simferopol, at the end of the summer, a regime water supply was introduced.
Ctrl Enter
Noticed oshЫbku Highlight text and press. Ctrl + Enter
We are
Reports from the militia of New Russia for 27-28 September 2014 of the yearInterview of Vladimir Putin with Radio Europe-1 and TF1
116 comments
Information
Dear reader, to leave comments on the publication, you must to register.