The frigate "Admiral Kasatonov" arrived at the place of permanent duty 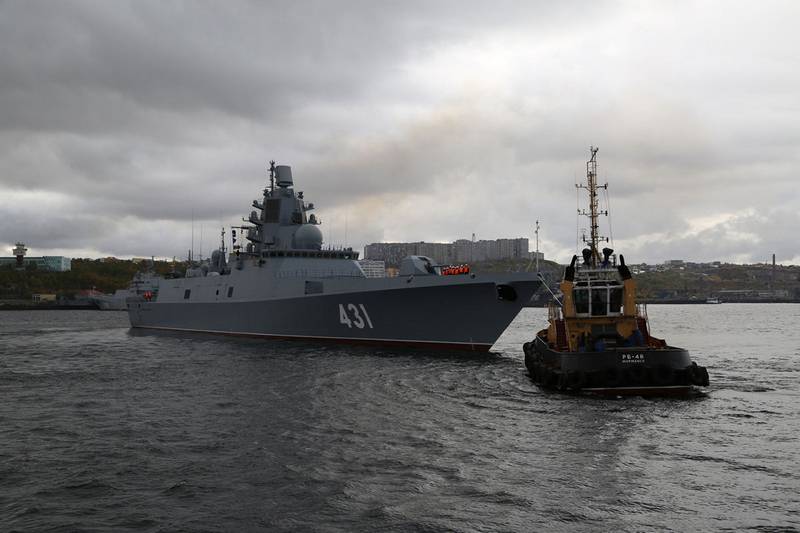 The first serial frigate of project 22350 Admiral fleet Kasatonov, "arrived at the Northern Fleet, having made an inter-fleet transition," the Defense Ministry reports.


Reportedly, on September 15 this year, at the main base of the Northern Fleet in Severomorsk, a solemn ceremony of welcoming the ship took place, in which the commander of the Northern Fleet, Vice Admiral Alexander Moiseev, took part. He congratulated the crew on the successful completion of the voyage and arrival at their home base.

According to the plans of the Northern Fleet command, the ship's crew will soon hand over the course task and prepare for the first voyage to the far ocean zone.

The acceptance certificate of the frigate Admiral of the Fleet Kasatonov was signed at the Severnaya Verf shipyard on July 15 this year. The solemn ceremony of raising the Andreevsky flag took place on July 21.

Ctrl Enter
Noticed oshЫbku Highlight text and press. Ctrl + Enter
We are
The first serial frigate of project 22350 Admiral Kasatonov transferred to the fleetSevernaya Verf Shipyard will launch the third serial corvette of the 20380 Stable project in May
18 comments
Information
Dear reader, to leave comments on the publication, you must to register.