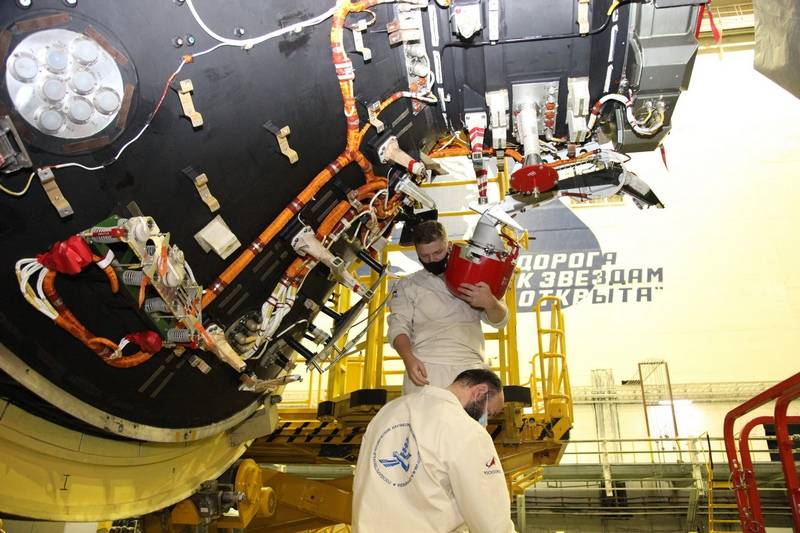 Russia will create a space tug with a nuclear reactor; by the end of this year, it is planned to sign a contract for the development of the Nuclon complex. This was stated by the executive director of Roscosmos for promising programs and science, Alexander Bloshenko.


In an interview with TASS, Bloshenko explained that Roskosmos "will sign a contract for the creation of this complex by the end of the year. According to plans, in 2030 the nuclear space tug is to set off on a long flight to one of Jupiter's satellites. He stressed that it will be a full an expedition, not a test flight.

The contract for the preliminary design of the Nuclon space complex will be concluded by the end of this year. A space tug with a nuclear reactor from this complex will be used for flights to distant planets of the solar system, its first mission is scheduled for 2030
- said Bloshenko.

According to the flight program, the tug with a docked payload module will first go to the Moon, then to Venus, and then to the satellite of Jupiter, where it will begin research. On the way, the tug will leave two satellites in the orbits of the Moon and Venus.

Bloshenko explained that the design of the tug will be a transport and energy module with an open architecture. The megawatt-class nuclear reactor installed on it will provide the tug with energy for the transportation of various payloads for a long time. He did not give other details of the new project.

Ctrl Enter
Noticed oshЫbku Highlight text and press. Ctrl + Enter
We are
Interview of Vladimir Putin with Radio Europe-1 and TF1December 2010 years. Russian March. Senseless and merciless? Notes not a Russian person
329 comments
Information
Dear reader, to leave comments on the publication, you must to register.