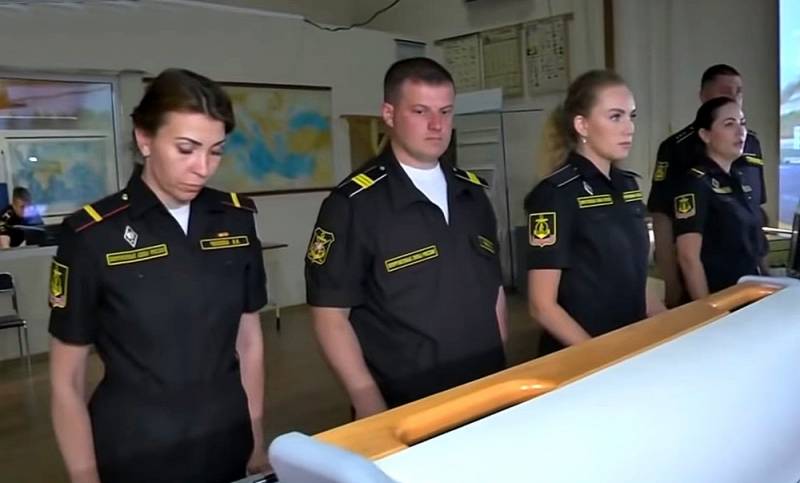 On the Black Sea navy an experiment to create the first female crew of a patrol boat was completed. According to the press service of the fleet, the results of the experiment were recognized as successful.


The command of the Black Sea Fleet summed up the results of the experiment to create the first all-female crew of the Raptor patrol boat, and the findings were sent to the Main Command of the Navy, where they should make a decision on the use of female crews in the Russian fleet.


The Black Sea Fleet completed and recognized as a successful experiment to create a female crew on a patrol boat. (...) The results of the experiment were prepared and sent to the Main Command of the Russian Navy for further decision
- said in a statement.

As specified, during the experiment, the boat's crew, consisting of three female military personnel, took courses of intensive combined-arms training, and also trained as a boat commander, an electrician-electrician and a steering-signalman. Upon completion of the internship, they successfully passed the tests for admission to independent control of the boat and the performance of official duties.

The formation of the first female crew of the Raptor patrol boat was announced as an experiment in early March 2020, and the decision was made by Defense Minister Sergei Shoigu. The crew underwent training at the St. Petersburg Joint Training Center, after which they arrived at the Black Sea Fleet, where they began to serve.
Ctrl Enter
Noticed oshЫbku Highlight text and press. Ctrl + Enter
We are
The first female crew of the Raptor patrol boat formed at the Black Sea FleetAt "Pella" launched another "Raptor"
Military Reviewin Yandex News
Military Reviewin Google News
182 comments
Information
Dear reader, to leave comments on the publication, you must to register.