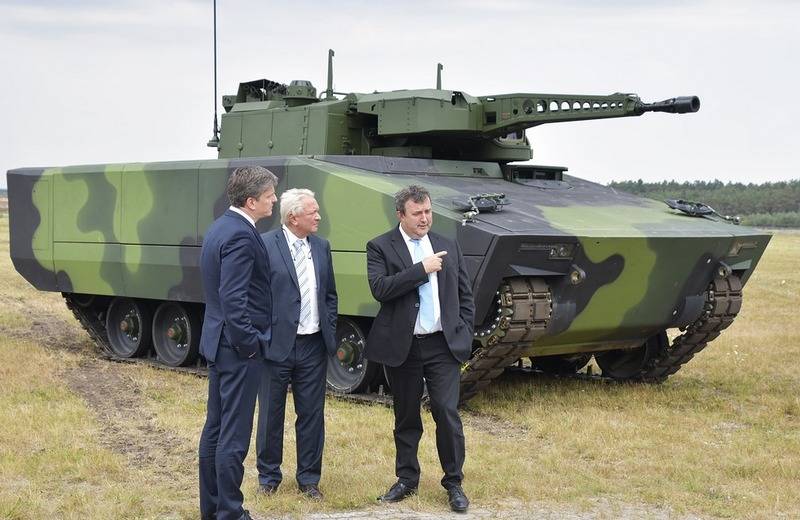 
On the part of Hungary, the document was signed by the commander of the country's armed forces, Colonel-General Ferenc Korom, on the part of the Rheinmetall group - by President and CEO Armin Papperger. Under the agreement, Rheinmetall will supply Hungary with 218 new Lynx KF41 infantry fighting vehicles, nine Buffalo armored recovery vehicles on chassis tank Leopard 2, exercise equipment, and spare parts. In addition, the agreement includes training and instruction and maintenance. The cost of the agreement is more than $ 2 billion.

It is noted that in the version for the Hungarian Armed Forces, the KF41 Lynx BMP will be equipped with a LANCE manned turret with a 30-mm automatic cannon. The KF41 BMP has a capacity of 12 people - three crew members and nine paratroopers.

The supply of equipment is divided into several stages: in the first, by the beginning of 2023, 46 BMPs and nine ARVs will be delivered. The remaining 172 BMPs will be produced at the joint venture to be built in Hungary.

Ctrl Enter
Noticed oshЫbku Highlight text and press. Ctrl + Enter
We are
Bundeswehr began upgrading tanks to the version of Leopard-2 A7VThe 20 rating of the largest arms deals, decisions on which were made in 2012
Military Reviewin Yandex News
Military Reviewin Google News
36 comments
Information
Dear reader, to leave comments on the publication, you must to register.