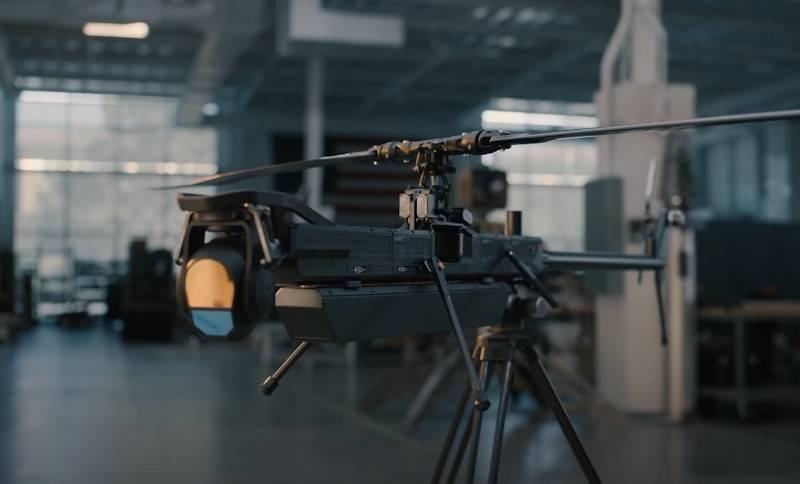 
According to the developers, the new Ghost 4 reconnaissance drone is able to independently conduct reconnaissance of the terrain and notify the operator of the detected objects. In addition, it is possible to combine several drones of this type into one group, which will conduct reconnaissance and transmit information to one operator. Moreover, the number of drones in the group, as stated, is not limited.

The drone is made according to the classic helicopter scheme, the fuselage of the Ghost 4 resembles a rifle and is foldable. In working order, the length of the device is 2,7 meters, when folded - 1,1 meters, which allows it to be carried in a transport case. Width - 0,4 meters. The engine is electric, low-noise, the flight duration is up to 100 minutes.


The drone is equipped with modular reconnaissance systems. In addition to a unit with a stabilized electro-optical system, additional modules (laser designator, additional computing modules, communication systems) can be installed on it.

Preparing the drone for flight takes less than a minute. The device is taken out of the case, unfolds, activated and sent into flight.

Ctrl Enter
Noticed a mistake Highlight text and press. Ctrl + Enter
We are
Reports from the militia of New Russia for 27-28 September 2014 of the yearYuri Drozdov: Russia prepared the role of the sacrificial calf
3 comments
Information
Dear reader, to leave comments on the publication, you must to register.