China to take part in the Caucasus-2020 strategic exercises 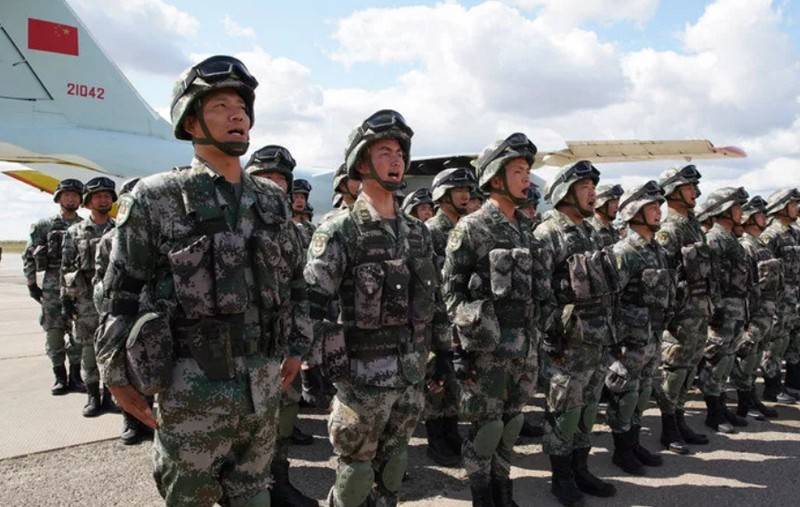 China has confirmed its participation in the Kavkaz-2020 strategic command-staff exercises. According to the Ministry of Defense of the PRC, units of the People's Liberation Army of China will arrive in the Astrakhan region of Russia.


The message from the Chinese military department notes that the PLA soldiers will participate in the exercises "in accordance with the agreements between China and Russia." PLA units from the Western Military District of China will take part in the strategic KSHU "Kavkaz-2020", which will be held on September 21-26. Servicemen, wheeled armored vehicles and light weapons will be delivered to Russia by "a new type of military transport aircraft."

(...) the Chinese side directs efforts to further develop Russia's comprehensive strategic partnership in a new era, deepen practical cooperation in the field of military training of the two armies, increase the ability of the multinational forces to jointly respond to security threats and jointly maintain peace and stability in the region
- said in the message of the Ministry of Defense of China.

The Chinese military department emphasizes that the Russian exercises are not directed against any third party.

Earlier, Russian Defense Minister Sergei Shoigu said that servicemen from nine countries would take part in the KSHU Kavkaz-2020, and nine more countries would send their observers.
Ctrl Enter
Noticed oshЫbku Highlight text and press. Ctrl + Enter
We are
Reports from the militia of New Russia for 27-28 September 2014 of the yearRussia is taken to the Golden Billion
Military Reviewin Yandex News
Military Reviewin Google News
15 comments
Information
Dear reader, to leave comments on the publication, you must to register.