Is there a way out of the Belarusian impasse? 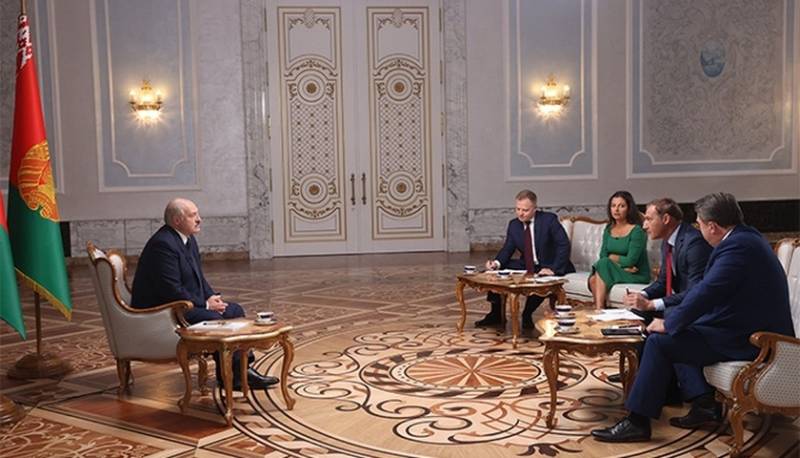 I am always amazed at the inconsistency of a person. A person can become an executioner only because he considers the execution of a criminal a just measure to protect society from exactly the same killer, but standing on the other side of the law. Even a whole philosophical system of views has been invented, which explains that murder, execution, death of people in war are different things. That to kill an enemy is like not to kill, but just pat on the head.


I was silent long enough. This has nothing to do with any intrigues of the special services or anyone else. It was just disgusting to write about things that are obvious, but which, for some reason completely incomprehensible to me, are hardly visible to anyone. I confess, I delved into the Belarusian topic. I was even going to visit this country, but stopped in time.

Taking into account my personal understanding of the development of the situation in Ukraine, it’s just interesting for me to look at the complete degeneration of Belarusians. When this happened in Ukraine, I “cooked” with the Ukrainians. Therefore, I could not see everything globally. No matter what friends and enemies tell me about their own vision of the situation, a participant in the events, even an outsider, observing from the position of one of the parties, cannot see what is happening in full. Everyone sees only what is happening in the place where he is "present."

Lukashenka must hear an opinion that does not exist

Very often, especially in the Polish and Russian media, the idea is heard that Lukashenka should listen to the opinion of the street. Should I? I remember a meeting at a factory at the very beginning of the protests. The crowd stands in front of the factory management and chants, like in a stadium: “Come out! Come out! Come out! " It is clear that the people, this mass, are demanding a director. And he comes out!

What happens next? Do you think someone is starting to ask him any questions? You think so well of the crowd! Questions can be asked when there are real problems that the director creates. And if they are not? If you have a job, a good salary? And the director is waiting for exactly questions about his work, about problems. And then a new slogan appears: “Go away! Go away! Go away! .. ”It was normal to talk like that. Yes?

Now tell me, if you were this same director, after that would you go to talk to the crowd a second time? Don't answer me, answer yourself.

Or, being a riot policeman, you carry out an order to maintain order on the street. You carry out the lawful order of your boss, protect those who do not participate in rallies, protect people's property. And they shout to you that you are a fascist, they throw at you everything that comes to hand. Accusations are thrown in your face that you are killing people, you are promised to burn down your house, to kill your children and parents ...

Forgive me for being bloodthirsty, but I decided for myself that I did the right thing in my time, when I had the opportunity to choose a profession. Correctly I did not enter the service in the OMON. Those who know me will agree that I have complete order with my “nerves”, but in such a situation, I, quite possibly, would not hold back ...

A month of demonstrations in the streets ... Gradually, the number of protesters is decreasing. I watched the arrests of protesters yesterday. Carefully, without fuss, riot police pulled activists out of the crowd and packed them into cars. A crowd of young girls, many of whom are even too early to vote, and activists hiding behind them.

Moreover, it was interesting to look at these same activists at the moment when they realized that they had been calculated. Either an attempt to hide behind the backs of these snotty girls, or "Colorado potato beetle tactics." He clenched his paws, fell to the ground and pretended to be dead. In the hope that the riot police will not have enough strength to drag the "body" into the paddy wagon. Nothing, the guys there are healthy, trained. They take these very paws and carry the "corpse" into the car for "medical aid."

Protests for the sake of ... No, just protests

But that's not what I want to say. Recession or growth of protest is never perceived by me as an index of opposition between the people and the authorities. Look at Paris. How many times have the authorities already talked about calmness and the end of protests - so what? Some time passes, protests resume with renewed vigor. The same picture in Germany, in the USA ...

I look at Minsk and understand that both the protesters and Lukashenka are at a dead end. Some because they do not know what to demand, except, of course, resignation, the other does not know what they want, these street demonstrators. Simply because the most contradictory slogans are put forward. I would say that Belarus ended up in the basement without an exit. Or a dead end, if you like.

I remember the events of 1991 in Moscow. How did it end? I'm not talking about the further development of the USSR, and then the independent states. I'm talking about a specific confrontation. I remember a rally at the back of the White House. Yeltsin for the armor and the tricolor, raised instead of the red flag. And that's it! Everyone is satisfied. The activists went home.

The protesters in Minsk also need a "tricolor". Some symbol or action that would show the crowd the reality of meeting their demands. But the "tricolor" is not!

Lukashenka has already announced the most important steps for Belarus that he will take in the near future. Everyone understands that the country's constitution is awaiting changes. The authoritarian system of government has outlived its usefulness. The words of the Belarusian president that with his departure the country will slide into chaos is not a conversation about its own greatness and significance, but a statement of the fact that there is no really operating mechanism of power in Belarus. The state is operated manually.

So changing the constitution, creating a system of political balances in the form of parties and public organizations is the number one task. Next - early presidential and parliamentary elections, which Lukashenka admits. By the way, a great plan of action.

It just won't work today. It will not work exactly as a stopper of protest moods. Whatever the Belarusian president undertakes now, absolutely any of his actions will displease the opposition. Why? Yes, simply because this strange opposition does not itself know where to go and what to demand.

Take a look at what is happening now. Instead of rallying in a fight, the protesters disperse. The oppositionists are pulling the blanket over themselves. I saw several tendencies of the Belarusian protest at once.

First, those who raised the protests did not expect the collective West to react this way. Probably, the Ukrainian theme worked, when “the whole world is with us” is no longer discussed. Peace be with us, and if someone from this world suddenly says or does something in a non-Ukrainian way, then Putin bought it. The Belarusians also expected a single condemnation and help from all of Europe. It turned out that they were not eager to help. And support is expressed in "ay-ay-ay" from officials and politicians towards Lukashenka.

Secondly, only after the first attempt to seize power by force and the first bruises from the riot police did the opposition begin to think about the need for a common headquarters and general leadership to fight. And so are the field offices. Even talk began about creating a party. Only this party will not be created now. Not because of opposition from the authorities, but because of political differences.

Thirdly, I have already mentioned the multidirectional slogans. This is also a fact. Imagine a protester who today stands for the EU, and tomorrow for the Russian Federation. You have to be a big idiot so as not to think about why we "shed blood."

And fourthly. Opposition leaders unanimously scrambled abroad. Who and how made the "glavnyuk" run away is not important. Another thing is important. It would not be so critical if “middle managers” remained in Belarus, who, on instructions from abroad, would continue to operate in a unified manner. But this is not the case either.

Belarus drove a wedge into the unity of Europe

The Europeans also found themselves in a difficult position. I recently wrote that Poland played a major role in fomenting the protests. I think readers have seen a lot of support for my conclusion over the past week. And now an interesting solitaire is played out.

Berlin is well aware of Warsaw's claims to a leading role in European politics. But if Germany relies on its own economic power, Poland relies on the US to help. Merkel will not miss the opportunity to trample the Poles during the period of political anarchy in the United States. And changing the awl for soap (changing the Polish buffer to the Belarusian one) is stupid for Germany.

NATO is acting in much the same vein as Germany. Against the backdrop of cries of support for the protests - zero action. Why? The answer is the same for Berlin and Brussels. Lukashenka must not be pressured too hard! Not even because, if necessary, he will go into a military conflict with NATO. Everything is much more subtle here. If the Belarusian president feels the iron tongs on his own throat, he will instantly go to unite with Russia into a real union state.

Somehow unnoticed by Russian readers, information about sanctions against Lukashenka passed. Remember a lot of the buzz on this issue? And what is the result? Pshik ... Berlin, Paris and Rome have blocked all EU sanctions. Here is a confirmation of what I wrote above.

Putin's statement also played a role. Has cooled too zealous and formidable neighbors of Belarusians. By the way, the wave of talk about SP-2, which started today, is from the same series. Check Russia's reaction to such a decision. The slowness of the Russians just infuriates Western politicians.

The situation in Belarus has reached a dead end. President Lukashenko understands that in order to preserve the unity of the country, he must remain in power. He also understands that the system of power needs to be changed. And fast enough. Therefore, he agreed to constitutional reform and early elections of the president and parliament.

The opposition used their chance to protest. Probably the most important result of the past month was that the authorities exposed all or almost all opposition supporters within the security forces and the bureaucratic apparatus. Leaders also appeared, including the leaders of the opposition's militant wing.

It is clear how the situation will develop further. I will not repeat myself. But this will in no way affect the growth of protest moods within society. The abscess will still mature further. How to get out of this situation is unclear.

Ctrl Enter
Noticed oshЫbku Highlight text and press. Ctrl + Enter
We are
Situational analysis of the death of the MH17 flight (Malaysian Boeing 777), made on the basis of engineering analysis from 15.08.2014Bashar al-Assad: In Syria, not the “revolution” that the enemies are talking about, but the revolution of the army and the people against terrorists
Military Reviewin Yandex News
Military Reviewin Google News
235 comments
Information
Dear reader, to leave comments on the publication, you must to register.