"A difficult path to serial production": German press about the Il-76MD-90A aircraft 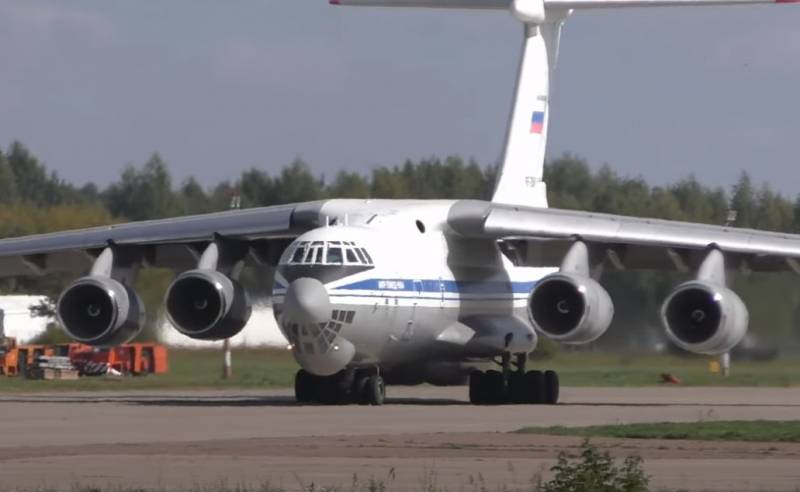 For many years, the Il-76 has been the "workhorse" of the Russian Air Force in the class of transport vehicles. This aircraft will retain this role for a long time, since serial production of a fundamentally new version of the Il-76MD-90A was launched at the facilities of Aviastar-SP in Ulyanovsk.


As noted by the German edition of Flug Revue, the most modern version of the Il-76 can hardly be called a completely new technique. The aircraft began to be created back in 2006 and took off in 2012. At the same time, 39 IL-76MD-90A boards were ordered. However, it was not until April 2019 that the first "real" production aircraft was delivered.

Since then, the serial production, apparently, has been continuously growing.
- writes the German press.

Aviastar-SP plans to start production of 12 aircraft per year, and then reach the level of 18 aircraft.

In his words, the new modification "is fundamentally different from the original version, which first took off in 1971". IL-76MD-90A has completely redesigned wings, which are 2700 kg lighter. Under them are four PS-90A-76 engines, which operate 20% more economically than the previously used D-30KP2, but at the same time provide a third more thrust and increase the flight range by 18%. Carrying capacity increased from 48 to 60 tons. The chassis has been reinforced. The aircraft received new avionics, advanced protection systems, a navigation system, and equipment for accurate cargo release.

As indicated by Flug Revue, the Il-76MD-90A has gone "a difficult path to serial construction." Now, in his person, the Russian Air Force has received a new reliable "workhorse".
Ctrl Enter
Noticed oshЫbku Highlight text and press. Ctrl + Enter
We are
The first IL-76MD-90A built this year took off in UlyanovskIL-76MD made the first long flight in the framework of factory tests
Military Reviewin Yandex News
Military Reviewin Google News
96 comments
Information
Dear reader, to leave comments on the publication, you must to register.