How Russia can win the trust of the former Soviet republics 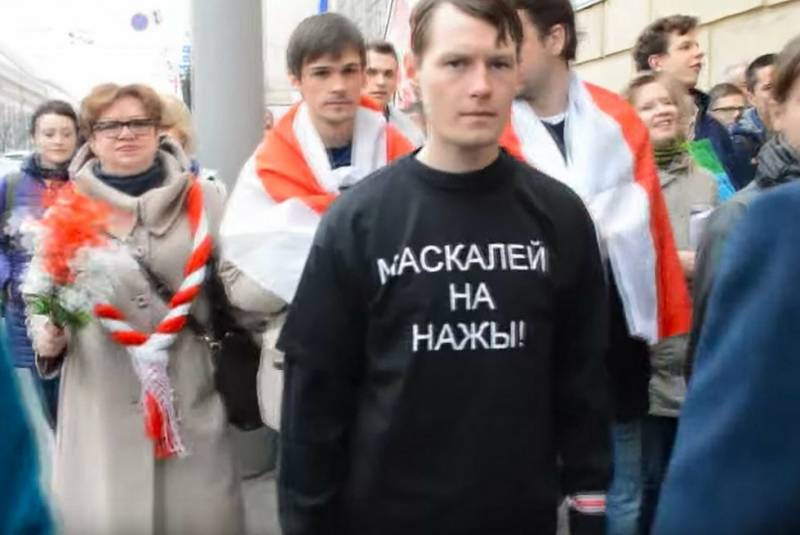 Having almost lost the last friendly country in the post-Soviet space, Moscow is now rapidly making up for its own and others' omissions, trying as reliably as possible to bind the almost escaped Minsk to itself. In this case, the issue with the next color revolution, which would have brought Russophobes to power in Belarus, did not work, but the situation was, as they say, on the verge. What's next?


The question, as a matter of fact, refers not only and not so much specifically to Belarus, as to all other states that were formed on the site of the former republics of the USSR. Relations with them are a moment of paramount importance for Russia, and it is for this reason that the West is making every effort to spoil these very relations to the limit, turning our yesterday's brothers into the worst enemies. Will we continue to wait for the last line in order to save the situation by the most desperate measures, up to promises of military assistance, or will we still learn to calculate the game at least a few moves ahead?

Today it is already quite obvious that it is not possible to form any pro-Russian agenda in such states, relying solely on the deeds of bygone days, that is, decades spent together within the Soviet Union. Generations are replaced, in place of people who still remember the times of the USSR and who lived or at least were born during its existence, people who perceive the definition of "Soviet" in a predominantly negative context come to the political and power elite of the independent states of the post-Soviet space.

And local nationalists, which are abundant in almost every such country, are working tirelessly in the field of perversion and denigration of the past. So, "museums of the Soviet occupation" and similar institutions grow in them like filthy mushrooms, which in no way contribute to an increase in the love of the local population for Moscow. The problem lies in the fact that it is today's Russia that should offer something attractive, interest and give reasons for sympathy. But does she have anything to offer potential partners and allies? ..

It would seem that the concept set forth in the "Diamond Hand" ("and if something goes wrong, turn off the gas"), which worked for a long time quite properly, has clearly shown its complete failure. After all, energy is produced not only in Russia. And not only it produces modern weapons. But it was deliveries of both the first and the second from time immemorial that Moscow has used as the notorious carrot and stick to regulate relations with its post-Soviet neighbors. The examples of Ukraine and Belarus in this matter have already become textbooks, so this time we will consider another country - Armenia.

Having in its neighbors a belligerent Azerbaijan that has serious territorial claims and is actively supported by Turkey (and not only Turkey), Yerevan is extremely dependent on military-technical cooperation with Russia. Nevertheless, this did not prevent the Armenian parliament from adopting, and the president of this country from approving this year a law on electronic media, according to which all Russian TV channels that previously broadcast programs in the republic are subject to a total ban. At the same time, no one hides that Channel One, Russia and Kultura will disappear from the Armenian air on the grounds that they "posed a threat to national interests."

At the same time, as it became known the day before, the US Ambassador to Yerevan Lynn Tracy signed memorandums with the local government on "assistance in the formation of anti-corruption institutions and a new patrol police in the state." Thus, one more step is being taken to transfer Armenia to external control from Washington according to the scenario of Georgia and Ukraine. And it's not just that the United States is taking on a significant portion of the funding for these reforms. It's just that the Americans managed to convince the whole world that their model of fighting corruption and law enforcement is the most advanced and effective. Although this statement is far from reality, they continue to believe it all the time.

It is in this way, through the creation in the post-Soviet states, first of various NGOs and controlled media, which are taken to extol and promote various aspects of the American way of life, and then through the reorganization of key state institutions and structures in their own image and likeness, the United States creates all new and new "anti-Russia". The same, in principle, applies to the process of planting pro-American, pro-Western political parties and public organizations.

Seizing the enemy's initiative in this matter is not an easy task. I'm not even sure that it is generally feasible for our country at the present stage. The question is not so much even about the huge investments that sensible, professional and systematic propaganda requires. Yes, yes, it is she - no need to frown in disgust at hearing this word, we cannot do without her! The basis for victory in the ideological confrontation with the West can only be real victories and bright achievements of Russia, which the former Soviet republics will want to be equal to.

It will be extremely difficult to achieve greater attractiveness than the West, not only for the elites, but also for the society of post-Soviet countries in general, but it is necessary to strive for this. Everything else, both cultural, economic, and military cooperation, will certainly follow. Another option is powerless to look at the ring of hostile states shrinking around Russia, with whose hands the West will try to destroy it.

Ctrl Enter
Noticed a mistake Highlight text and press. Ctrl + Enter
We are
About Stalin and KhrushchevWhat you didn't want to know about England
282 comments
Information
Dear reader, to leave comments on the publication, you must to register.