"Did the Russian government have a hand in this?" - German readers react to the situation with Navalny 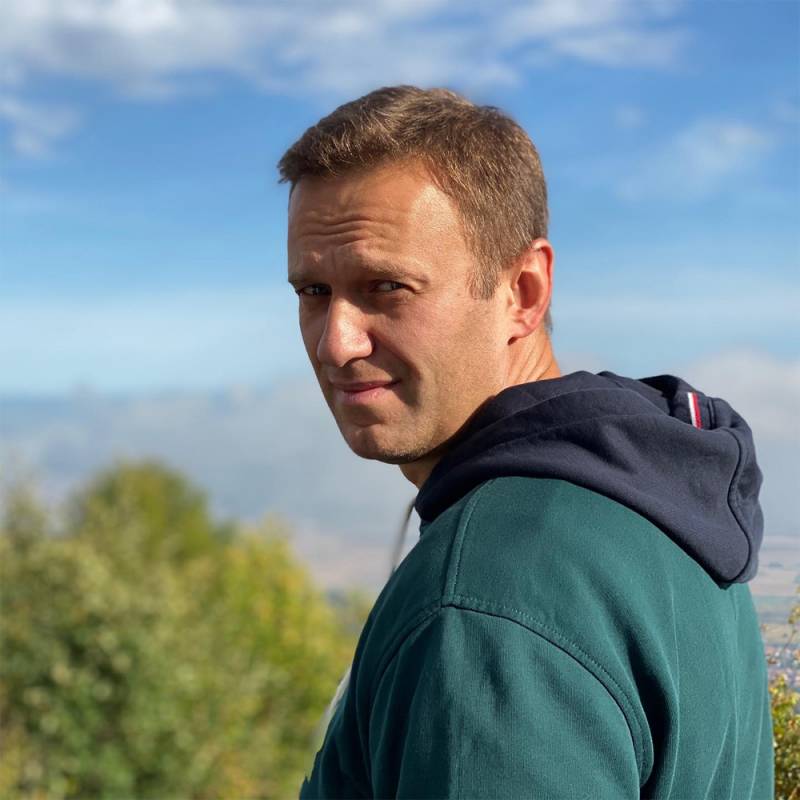 On the front pages of the Western press - история with a statement by German government spokesman Steffen Seibert about the alleged discovery by German military toxicologists of a substance from the Novichok group in the body of the Russian opposition leader Alexei Navalny.


The directors of this performance from the theater of the absurd are trying to achieve their goal: for those who do not really understand the essence of the matter, they used the key terms: “Russian oppositionist”, “poisoning”, “Novichok”, “poison, as in the case of Skripal,” “Kremlin regime”. Naturally, representatives of the so-called "irreconcilable" Russian opposition are also trying to pump up the situation, to whom (especially to those with whom Alexei Navalny contacted before a sharp deterioration in health) and themselves a lot of questions.

The German edition Die Zeit comes out with extensive material, which quotes the statement of Angela Merkel:

This crime is directed against the fundamental values ​​and fundamental rights that we stand for.
At the same time, the publication says that the Prosecutor General's Office of the Russian Federation sent a request to Berlin to provide documentary evidence of Seibert's statements and what Navalny's analyzes were at the time of admission to the Charite clinic.

The publication cites statements by European politicians. It is told about the summons of the Russian ambassador to the German Foreign Ministry.

Britain also called on Russia to tell the truth. And the President of the European Commission Ursula von der Leyen called the situation with the Russian oppositionist a mean and cowardly act.
It should be noted that publications on the situation with Navalny are actively commented on by readers of the German media. Here are a few comments.

Many suspected. But now everything is official. The Russians probably didn't think the proof would be so successful.
In this regard, the question arises: where, in fact, is the evidence, and what is their success, if in the case of a real poisoning by Novichok, a person cannot live even a few minutes?

What a surprise…
Good work of the Bundeswehr laboratory. How treacherous the attack was!

There are also comments with a balanced approach:

The only question is, did the Russian government have a hand in this? I doubt that the Russian special services are so incapacitated that their poisonous substance was subsequently discovered beyond any doubt.
Another German reader believes that in Russia “they underestimated the capabilities of the Charite clinic and the Bundeswehr biolaboratory, to which he was answered like this:

And that is why the Russian authorities were allowed to send the oppositionist to a German clinic?
Meanwhile, a major French publication Le Monde says that in Russia itself, the statement of the German representative about the poisoning of Navalny by Novichok is considered a provocation, to which Germany was deliberately involved.

Certain Western experts have suggested that the main purpose of the provocation may be associated with an attempt by the United States to convince Berlin of the inexpediency of cooperation with Russia on the Nord Stream 2 gas pipeline. That is, it is unambiguously given to understand who, in general, could benefit from a sharp deterioration in the health of the "main Russian oppositionist."

Ctrl Enter
Noticed oshЫbku Highlight text and press. Ctrl + Enter
We are
"Combat poisoning substance for no one": in the Russian Federation react to the statement of Berlin about "Novichok" in the body of NavalnyOdessa, 2 May. We remember and remember ...
Military Reviewin Yandex News
Military Reviewin Google News
249 comments
Information
Dear reader, to leave comments on the publication, you must sign in.