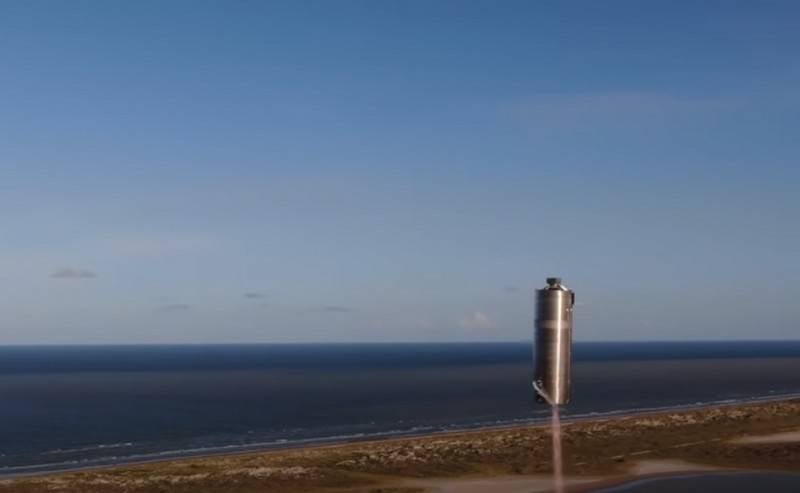 The American company SpaceX is planning the first test flight in low-earth orbit of the Starship spacecraft in 2021. This was stated by Elon Musk, speaking at a videoconference dedicated to the problem of manned flight to Mars.


Answering the relevant question, Musk explained that Starship will most likely make a test flight into low-earth orbit next year, 2021. However, he did not rule out that this flight may not work out, since the company operates in "uncharted territory."

No one has ever made an entirely reusable orbital rocket
- he added.

Musk said that before making a flight to Mars with people on board, the ship must complete "hundreds of missions with satellites."

We have made significant progress. What really stands in the way of progress for Starship is the production system. A year ago there was nothing, but now we have quite large production facilities. So we are rapidly producing more and more ships
- He said.

Note that in August the Starship SN5 prototype first ascended to a height of 150 meters, moved to the side and made a successful landing. It is noted that this test was the first successful for the Starship prototype. Previous takeoff attempts in November 2019, in February, April and May of this year, ended in failure.

As previously stated by Musk, the final version of the Starship will have a height of almost 50 meters, a mass with a full load of fuel - 1400 tons. Equipped with 37 Raptor engines, it will be able to launch up to 150 tons of load into orbit or transport up to 100 people.

The company planned to start commercial flights on Starship in the 2022 year.
Ctrl Enter
Noticed a mistake Highlight text and press. Ctrl + Enter
We are
Musk showed his Starship Mk1 spaceship to fly to the Moon and MarsDecember 2010 years. Russian March. Senseless and merciless? Notes not a Russian person
53 comments
Information
Dear reader, to leave comments on the publication, you must to register.