What can prevent the collapse of Belarus? 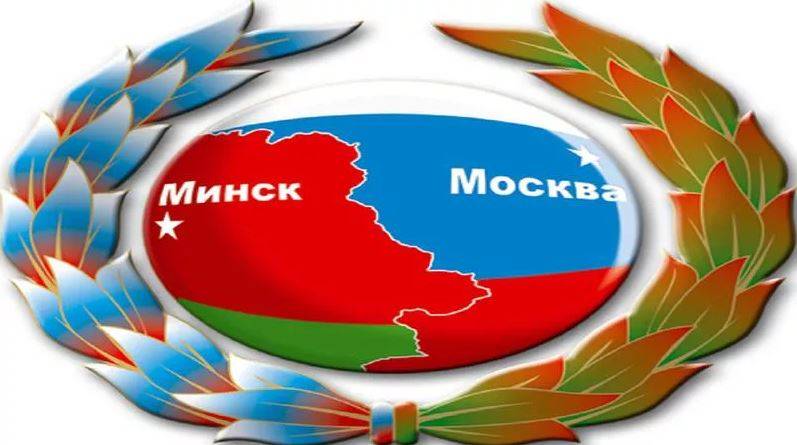 In the stormy days of August, the people of Belarus found themselves on the verge of collapse and absorption by the West according to the Ukrainian scenario. Until he stopped at a line after which there would be no turning back. Why this happened is a subject for a separate discussion, now the main thing is to understand what to do in this difficult situation, where to go next.

Split of the Belarusian society

Lukashenko did not stop the protest movement, but only prevented an attempted coup. With his inadequate actions in recent years, he destroyed what he had created for decades, destroyed the base of his social support and alienated his supporters. The protests involve not only nationalists and pro-Western intelligentsia, but broad masses of the population, dissatisfied with the existing order.

By the time of the elections, the society was split into supporters and opponents of Lukashenka. At the same time, a significant part of the population, for various reasons, wants Lukashenka to leave his post; it's not just that protests are held under the main slogan "Go away!" The popular indignation was saddled and crushed by nationalists and henchmen of the Western intelligence services, skillfully leading and directing the protests in the direction they needed - the separation of Belarus from Russia. They are pushing the country towards disaster.

The mechanisms for creating a union state through the efforts of Lukashenka are frozen and do not work. Lukashenko himself began to question the idea of ​​integration with Russia, and the nationalists purposefully, with the support of the authorities, drove the ideas of integration into the West. A large part of the disoriented Belarusian society has followed the lead of pro-Western nationalists and under their leadership seeks to overthrow Lukashenka. There is no one to lead the part of the society oriented towards Russian unity, except for Lukashenko, and he is trying to play in a multi-vector approach and cannot decide in any way where to go. There is a civil conflict and a split in society over fundamental issues: what state to build and with whom to integrate.

It is no longer possible to return to the state Belarus was in before the elections. Such a conflict cannot be resolved by force, the differences in society are too fundamental; without a civil dialogue on finding ways out of the crisis, it will always smolder and ignite with renewed vigor. In this regard, questions arise: who can initiate such a dialogue, determine its purpose, format, participants and the adoption of which documents should it end? The president can initiate a dialogue if he really cares not about his sole power, but wants to preserve the country he has been creating for decades.

The dialogue should not be conducted with the president, his task is to initiate such a forum and propose a form for its holding. Lukashenka discredited himself with his latest statements and actions, lost the trust of a significant part of society and must leave, but not as a result of a coup, but as a result of a constitutional reform, which should be prepared and discussed. As a temporary measure, it is simply necessary now, there is no one else to keep the country from chaos. The president must publicly declare that his task is not to stay in power, but to transfer it into reliable hands.

The need for a Zemsky Sobor

At this stage, a consensus of the majority of society is needed on the further development of Belarus with an objective assessment of the pros and cons of integration with the West or Russia. To develop a consensus, a platform or body is needed, the legitimacy of which is recognized by the Belarusian society. There is no such body today, it must be created, and the most effective and acceptable way of working out public opinion in times of troubles, known from ancient times in Russia, may turn out to be the most effective. This is a Zemsky Sobor, an analogue of a constitutional meeting. To calm society down, the consensus-building process must begin immediately.

Here the most essential question is: who forms the council and by whom it should be represented. The current government and the noisy opposition cannot shape it, and society does not trust either one or the other. Apparently, the Belarusian parliament should propose a procedure for forming a council and, after public consultations and discussions, approve it.

The council should be represented not by the current elite, not by the vertical of power, not by the comprador opposition and not by street shouts, but by authorized representatives delegated by all sections of society (civil, professional, political, public, territorial, confessional and age groups) authorized to speak on behalf of the citizens who delegated them and determine the conditions for future cohabitation. The authorities must create conditions for the work of the council and ensure public discussion of the decisions considered and adopted by the council.

The purpose of the council is to work out a strategy for the development of Belarus and the stages of its implementation, a draft constitution, a procedure for the election and appointment of the country's governing bodies in the transition period. The decisions of the council must be approved by a popular referendum, and neither the current nor the future authorities should have the right to cancel them.

As one of the sides of the union state and as the center of Russian civilization, which has a decisive influence in the post-Soviet space, Russia cannot stay away from these processes. It is high time to move from the ostrich non-interference in the political life of Belarus and the solution of only economic issues of integration based on oil and gas to the role of the leader of the post-Soviet space, defending the civilizational values ​​of the Russian super-ethnos.

The role of Russia lies not only in political speculation on the basis of hydrocarbon prices, but in the formation of an attractive image of the future of Russia, the entire post-Soviet space and the introduction of Russian civilizational values ​​that contribute to the integration of the outskirts of Russia, where Belarus is far from the last place. In many ways, one should learn from the West and intercept its technologies and methods. Instead of financing the economy of Belarus, the West is not stingy to invest in the ideological indoctrination of the Belarusian population and instill anti-Russian views in it. The experience of working with Lukashenko's team has shown that it is quite difficult to keep the people of Belarus in the sphere of its influence only by economic preferences; the West has achieved much greater success by influencing the minds of Belarusians.

Instead of inadequate actions by a part of the Russian elite working for the interests of Gazprom and trying to impose the pro-Western businessman Babariko on the Belarusian society as an alternative to Lukashenko, it is necessary to offer and prove the undeniable advantages of the political and economic unity of our countries at all levels. Try not to force integration, but look for mutually beneficial conditions, declare the preservation of the achievements of Belarus (social protection of the population, absence of unemployment and social stratification of society, state protection of strategic industries, an acceptable standard of living) and implement them through the mechanisms of the union state.

All this suggests that only a public dialogue between a healthy part of the Belarusian elite and society about the future of the country with an intelligible and balanced ideological and economic policy of Russia can lead to the development of specific steps to prevent the degradation and absorption of Belarus by its western neighbors, which, having now failed, will still will not calm down and will torment the shard of the Soviet Union until they achieve their goal.

Ctrl Enter
Noticed oshЫbku Highlight text and press. Ctrl + Enter
We are
About Stalin and KhrushchevWhat you didn't want to know about England
Military Reviewin Yandex News
Military Reviewin Google News
155 comments
Information
Dear reader, to leave comments on the publication, you must sign in.