Sanction games. And in counter-sanctions 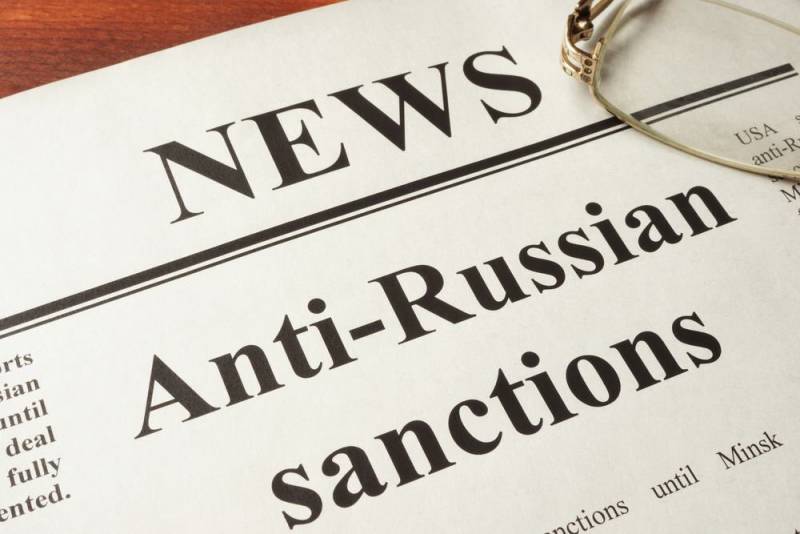 Where bribes are not taken ...

The head of the Rosselkhoznadzor Sergey Dankvert recently called for "to develop a system for tracking illegal deliveries of agricultural raw materials and finished food to Russia from countries included in the sanctions register." According to him, such redelivery through the EAEU "is carried out by practically all the partner countries of Russia in the EAEU, primarily by" renaming "the supplying country."

Here it is necessary to clarify, about which the majority of readers actually have an idea almost from the very beginning of the sanctions war. So, a product from, say, Norway or Germany is “glued” into Armenian, Kazakh or Belarusian and then imported into the Russian Federation.

It is worth recalling that the notorious Belarusian shrimp has nothing to do with it, since the union republic has quite real legal quotas for fishing in the Russian (and not only) seas. But Mr. Dankvert believes that it is necessary to confiscate not only the sanctioned products themselves, but also vehicles transporting such products:

"These deliveries can be overcome when each carrier understands that if he undertakes to carry illegal products, his car and goods can be confiscated."
But will such measures help?

The Federal Customs Service of Russia, the Eurasian Economic Commission, many Russian and foreign media regularly report on the receipt of sanctions in the Russian Federation both through the EAEU countries and through the aforementioned countries and territories. Of course, with the participation of Russian trade business.

Back on January 20, 2020, that is, before the pandemic and quarantine, the head of the Belarusian customs, Yuri Senko, said:

“The bulk of the sanctioned products that enter Russia from the territory of Belarus are imported by the Russians themselves. We continue to toughly work out the issues of illegal movement of sanctioned products across the Belarusian border. More than 600 administrative protocols were drawn up over the past year. In most cases, these are violators from Russia. ”
The official explained that “they buy imported products in Belarus, and then, using forged documents, including supposedly Belarusian products, they try to transport them to Russia. Thus, Russian violators "substitute" Belarusian producers. " It is characteristic that the aforementioned was not refuted by the relevant departments of the Russian Federation.

There are several interrelated factors that predetermine the situation when the actual volume of Russian imports of agricultural raw materials and ready-made food for the past year has turned out to be at least a quarter more than officially registered.

And this, according to expert assessments of the relevant departments of the Russian Federation and the structures of the EAEU, which are based not only on official customs statistics, but also on data from companies engaged in foreign trade operations. 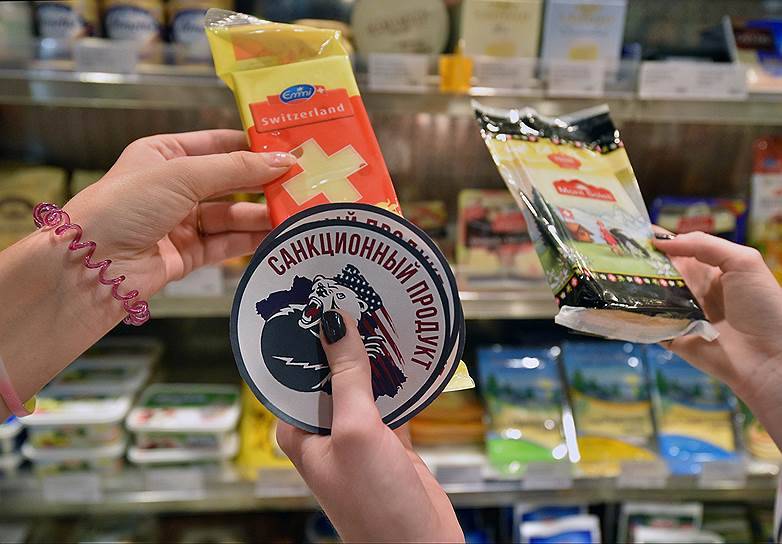 First, the other EAEU countries are not participating in the sanctions duel between Russia and the West, although the situation with Belarus is about to change. This in itself "guarantees" the import, or rather, the re-export of the sanction.

Such a strange situation in the EAEU is, first of all, a question of the bloc's viability, whether it has its real levers to ensure a coordinated foreign trade policy of the participating countries.

But it seems that this issue has not been resolved. Or unsolvable? It is characteristic that the Western countries did not extend their sanctions to these countries, and they, in turn, did not join the Russian counter-sanctions.

Secondly, within the framework of the EAEU, since the beginning of the 2010s, a duty-free tariff regime or a regime of minimum (no more than 4%) tariffs on imports of agricultural products from developing and least developed countries has been in effect (confirmed on May 27, 2020).

In general, according to the UN and EAEU register, there are over eighty. At the same time, at least three-quarters of them are in the status of associated EU members or there is a free trade regime with the EU and the USA.

Thirdly, since the beginning of the 2010s, the same preferential trade regime in the EAEU has also included ... almost all of the numerous autonomous territories of the USA and EU countries located in other regions of the world. For example, this list of "beneficiaries" includes the Caribbean and Atlantic islands of Great Britain, the Caribbean islands of Holland, the Pacific protectorates of the United States (Micronesia, Marshall Islands, Palau). Also, autonomous from Denmark Greenland with the Faroes, as well as Serbia, North Macedonia, miniature countries of Europe (Andorra, San Marino, Monaco) do not participate in the sanctions duel.

In short, there are numerous geographic and legal loopholes in sanctions and counter-sanctions between Russia and the West, due to obvious geopolitical factors. And also the fact that economically both parties cannot be interested in punctual compliance with mutual sanctions and in breaking trade ties.

In any case, the EU's share in Russian imports still exceeds 30%. Therefore, it is quite understandable that, firstly, sanctioned food products of the West are still in a wide assortment on Russian counters, especially in Moscow and St. Petersburg supermarkets. 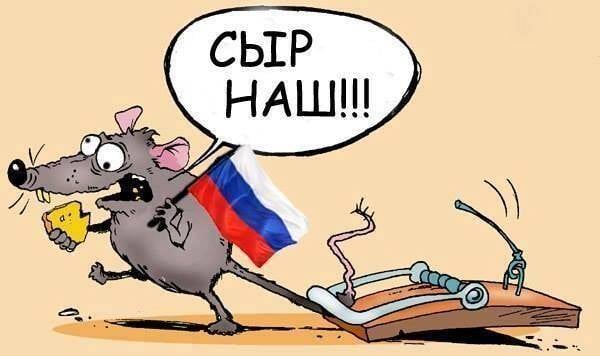 Moreover, it is presented with a marking confirming its production both in sanctioned countries and in transit-re-export countries / territories. Even under sanctions and even under strict quarantine, Russia and the European Union, it turns out, are interested in developing mutual trade and expanding its range.

And this was announced quite officially on more than one occasion. For example, in Moscow on July 15, 2020, during a meeting between the head of the Ministry of Economic Development of the Russian Federation Maxim Reshetnikov and the EU Ambassador to Russia Markus Erder.

It is characteristic that Minister Reshetnikov did not even mention the issue of importing the European Union sanctioning system into the Russian Federation. Not for nothing, of course ...

The food embargo was introduced by the decree of the President of the Russian Federation V. Putin dated August 6, 2014 against countries that have introduced or supported anti-Russian sanctions. At first, it applied to agricultural products from the USA, EU, Australia, Norway, Canada (and partly New Zealand). Since August 13, 2015, Albania, Montenegro, Iceland, Liechtenstein, which have joined the anti-Russian sanctions, have been included in the list of these countries, and since January 1, 2016 - Ukraine.

The embargo includes meat and meat products, milk and dairy products, fish and fish products, vegetables, fruits and their processed products. Since October 27, 2017, live pigs (with the exception of purebred breeding animals), by-products, animal fat and animal oils have been included in the list of prohibited products. However, there is no question of any absence of these goods on Russian counters today.