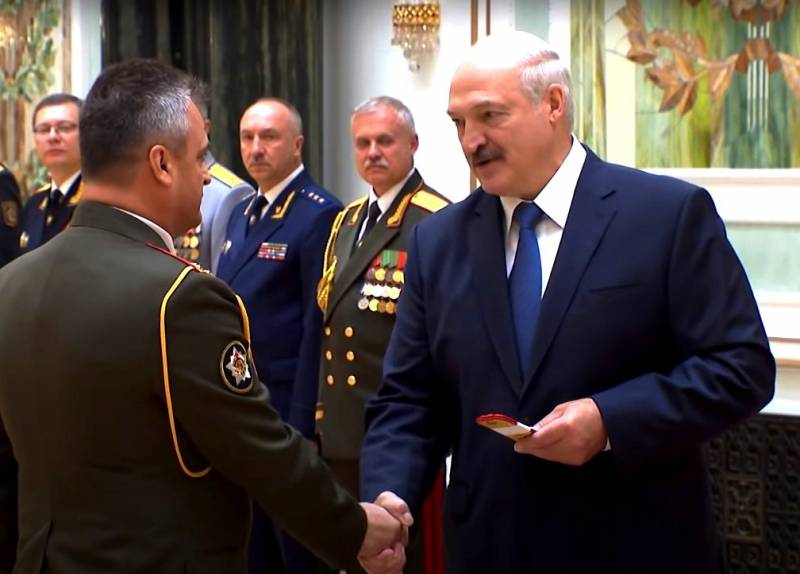 This is the conclusion reached by military expert Lukas Dycka from the Baltic Defense College in Estonia. He believes that the military can play a key role in the further development of events in Belarus.


According to Lukash Dychka, officers of the Belarusian armed forces currently see Russia as an example for inspiration. Years of the country's pro-Russian orientation are making themselves felt: the Belarusian army is seen as a natural ally not in the United States or the European Union, but in Russia.

The pro-Russian attitude of the Belarusian military can be explained quite simply. First, most of the current officers of the country's armed forces graduated from Russian military schools and academies. The country's military elite, therefore, has the experience of studying in Russia, during which it was constantly in the orbit of Russian cultural and political influence.

Lukasz Dychka believes that the Belarusian military want much closer cooperation with Moscow than even Alexander Lukashenko himself. If the "dad" in recent years gravitated towards a more independent policy and constantly criticized the "elder brother", then the generals and officers of the Belarusian army would like to interact with Russia much more positively. 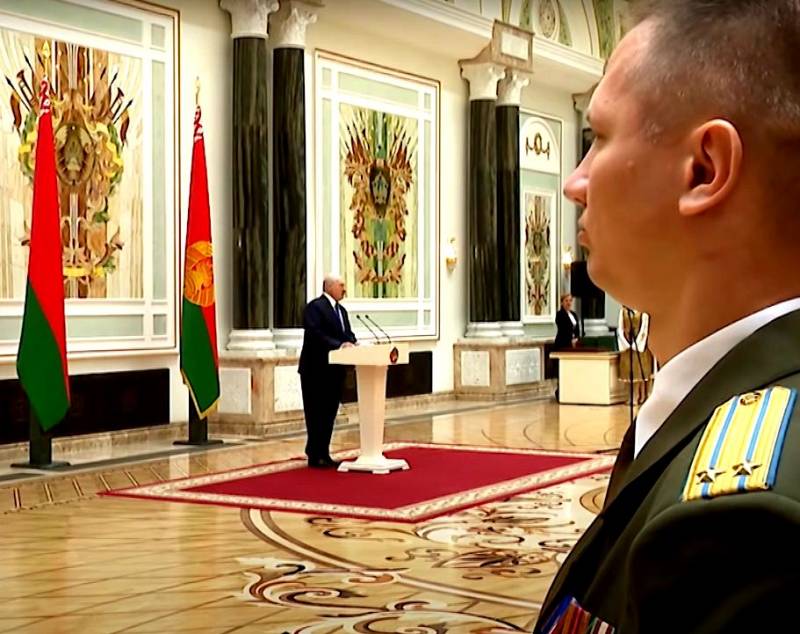 While the security forces remain the main support of Alexander Grigorievich
The analyst makes an interesting conclusion: he warns the West against unequivocal support of the Belarusian opposition, as he sees them as not pro-Western forces. According to Dychka, the people who came out on the Minsk square with slogans against President Lukashenka, in reality, may be much more pro-Russian than the “father” himself. In the West, it is mistakenly believed that the entire street opposition in Belarus opposes cooperation with Russia. But this is not at all the case.

Why Russian policy in Belarus will be different than in Ukraine

The West and homegrown liberals today admire the army and police officers who are demonstratively resigning in protest against Lukashenka's policies.

But Dychka warns: the security officials are very sympathetic to Moscow and the fact that they do not agree with the "dad" does not mean anything yet.

Perhaps they expect that Lukashenka should be replaced by a politician who is more friendly towards Russia. In addition, the Belarusian military see that in the same Russia their colleagues are paid much more, they have more opportunities for all kinds of benefits, receiving awards.

Finally, belonging to a great power with a great army also means a lot. Lukasz Dychka cites as an example the behavior of the Ukrainian military who served in Crimea on the eve of his reunification with Russia: most of them chose to immediately switch to Russian military service.

As for Russia's policy, it will be fundamentally different from what we could observe in 2014 with regard to Ukraine. In Belarus, there is no such split of society as in Ukraine. And the attitude towards Russia in general is much better. Therefore, Moscow will prefer not to provide military assistance to Lukashenka. But on the other hand, it will give the Belarusians a feeling that the “father” is not a strong and independent politician and his social achievements are close to collapse. In this case, neighboring and more prosperous Russia will become an even more desirable and exemplary model for Belarusians.

Ultimately, pro-Russian forces can come to power in Belarus on their own, and no military support from the Kremlin will be required, since the Belarusian armed forces themselves will act as a force resource to ensure this process.

Ctrl Enter
Noticed oshЫbku Highlight text and press. Ctrl + Enter
We are
Yuri Drozdov: Russia prepared the role of the sacrificial calfRussia is taken to the Golden Billion
Military Reviewin Yandex News
Military Reviewin Google News
108 comments
Information
Dear reader, to leave comments on the publication, you must to register.