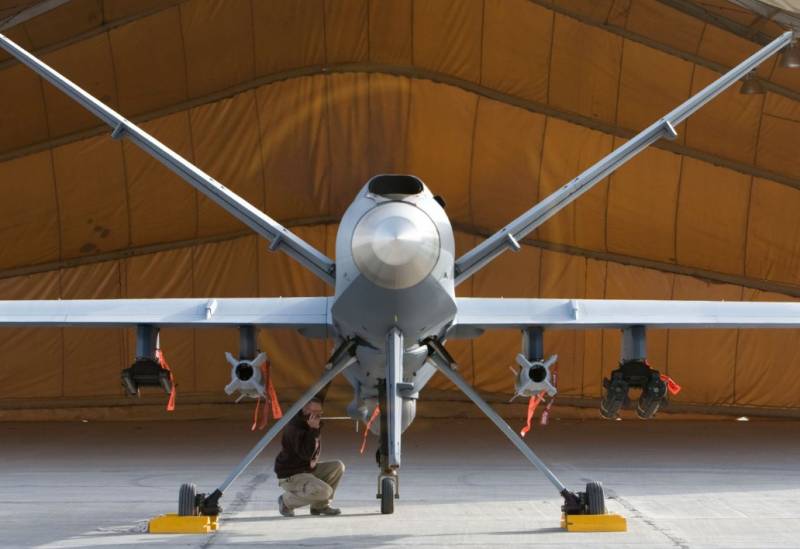 A strange event happened the other day in Syria with two American MQ-9 Reaper drones. They collided in the air, while it is still unclear whether they were shot down, or the collision occurred due to some kind of malfunction.

Drone collision in the sky over Idlib

The unmanned aerial vehicle incident occurred after strikes with an AGM-114R9X missile were launched in the western part of Idlib province.

Military Times was the first to report a mid-air drone collision. The article stressed that so far it has not been possible to find out what led to the collision of drones.

Meanwhile, on the same day, information spread on social networks that in the province of Idlib, militants of radical groups fighting against the government forces of President Bashar al-Assad shot down two unmanned aerial vehicles of unknown origin.

Initially, it was suggested that the drones belonged to the Russian army, but photos and videos that appeared on social networks refuted this version: at least one of the downed drones was the American MQ-9.


It is worth noting that the radical groups fighting in Idlib, including those actively supported by Turkey, are armed with portable anti-aircraft missile systems that allow them to shoot down air targets. But if American UAVs were shot down by anti-Assad militants, it is not very clear why they needed to destroy the US drones.

It is possible that there was a banal mistake by the militants: they thought they saw Russian or Syrian drones. Since in recent days, American UAVs have often appeared in the skies over Idlib, they could simply have been hit by a "hot hand" or, more precisely, a "fast missile" of anti-Assad militants.

However, it is highly suspicious that the drone collision occurred after Abu Yahya al-Uzbeki, a well-known military instructor who had recently worked for the terrorist group Khurras al-Din, was killed on August 12. The SUV in which al-Uzbeks was traveling was hit by an American missile. It is known that the American military had previously struck at the positions of the Khurras al-Din grouping, so there was nothing surprising in the destruction of al-Uzbeki's jeep. 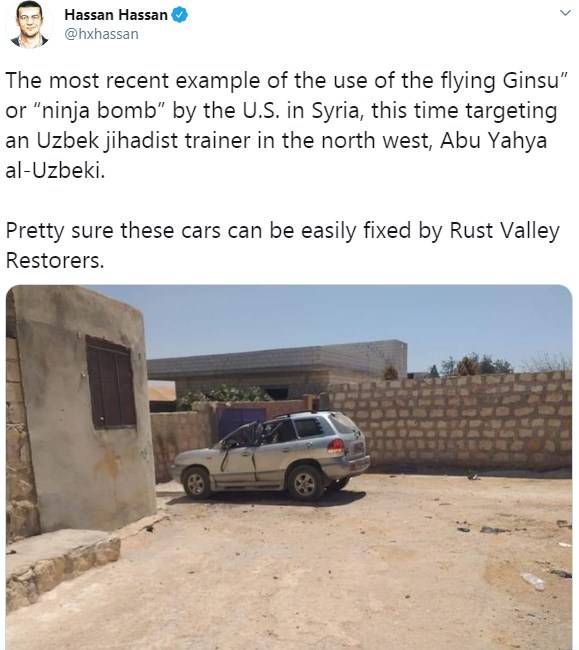 At the same time, it is not known whether the attack on al-Uzbeks was carried out from an unmanned aerial vehicle. As you know, American drones are used in Syria not only for reconnaissance of enemy positions, but also for carrying out strikes against enemy positions.

One of the drones seen in the skies over Idlib on August 17 carried four gray missiles, while the base color of the missiles commonly used on US drones is black, according to US military commentator Joseph Trevithick. According to Trevithick, the different color of the missiles increases the likelihood that the UAV was carrying AGM-179A air-to-ground missiles. These missiles were seen at a military exhibition with gray hulls. 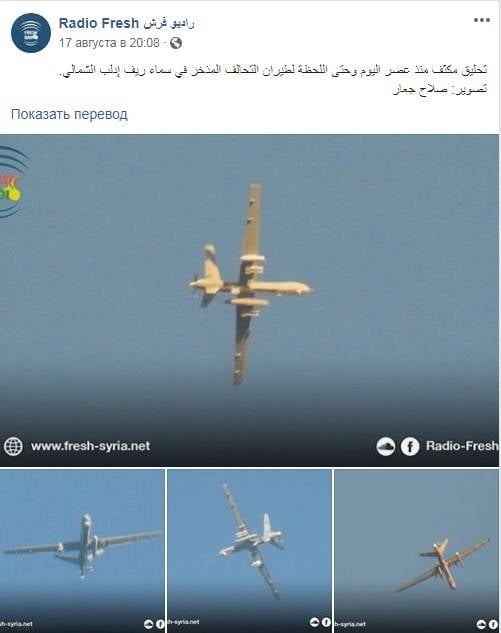 Trevithik writes that according to unconfirmed reports, such missiles could have been used during the strike that killed the commander of the Iranian Islamic Revolutionary Guard Corps, General Qasem Suleimani, on January 3, 2020. Interestingly, on August 14, photos of two more UAVs were posted on social networks. They were filmed the day after a US missile attack on al-Uzbeki.

There is a version that drones equipped with AGM-114R9X missiles are currently used exclusively by the US Central Intelligence Agency, and not by the Air Force. This increases the likelihood that there were UAVs in the skies over Idlib on a special mission of American intelligence.

At the same time, US Marine General Frank McKenzie said on August 12 that the situation west of the Euphrates River remains very tense. At the same time, the general noted that he does not yet know when the American troops will leave Syria and stressed that if the units of the American army remain in this country, they will continue operations against terrorist groups.

Ctrl Enter
Noticed oshЫbku Highlight text and press. Ctrl + Enter
We are
Reports from the militia of New Russia for 27-28 September 2014 of the yearYuri Drozdov: Russia prepared the role of the sacrificial calf
Military Reviewin Yandex News
Military Reviewin Google News
63 comments
Information
Dear reader, to leave comments on the publication, you must sign in.